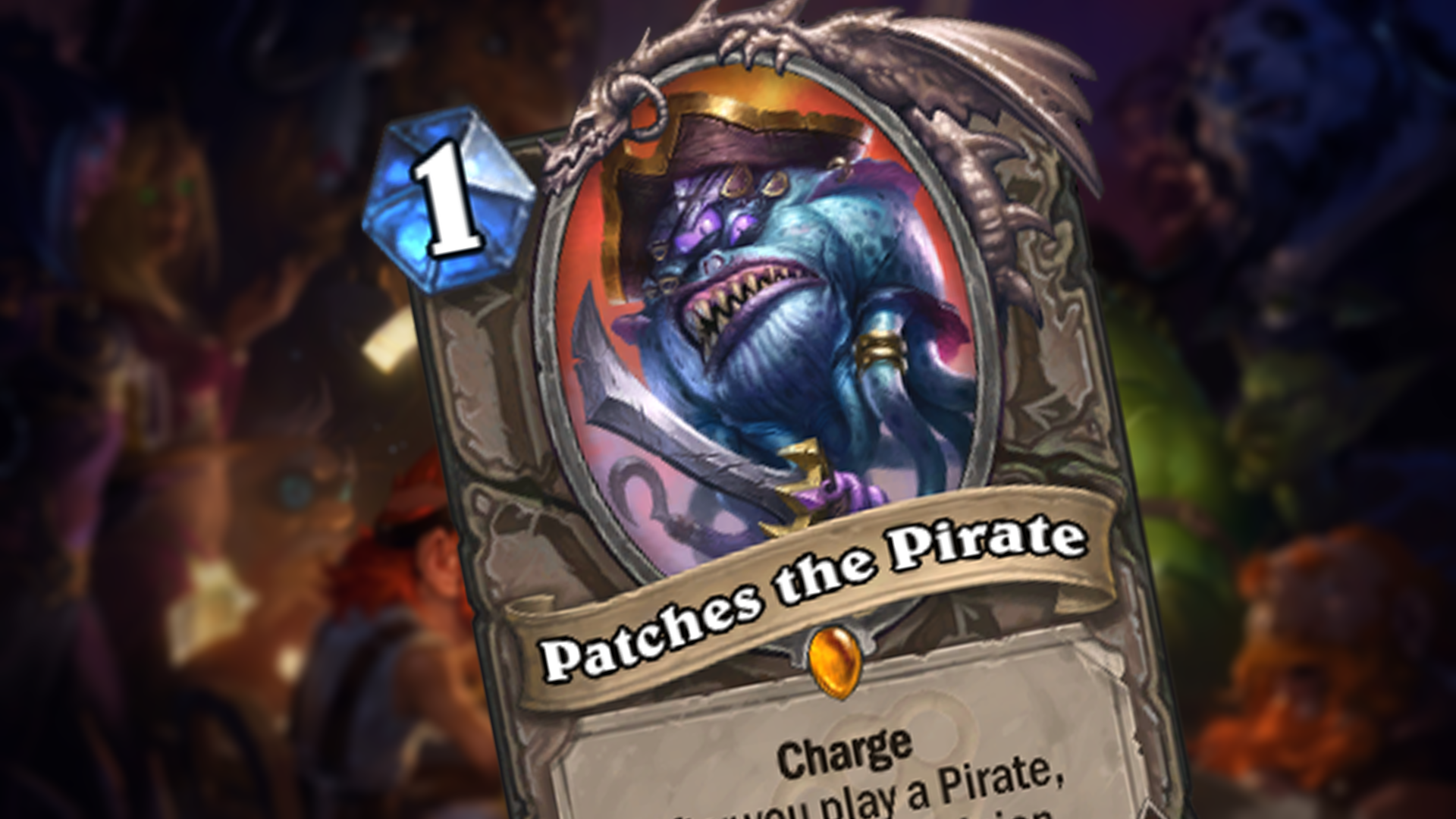 Blizzard has announced upcoming changes being made to certain high-profile Hearthstone cards, including a nerf to Legendary minion Patches the Pirate.

Upon version 10.2 of Hearthstone going live, Patches the Pirate will no longer be equipped with the “Charge” ability, meaning the card will lose much of its appeal in aggressive archetypes. Patches has been featured in most aggro builds since it was introduced in the late 2016 expansion Mean Streets of Gadgetzan. “Removing Charge will lower [Patches’] power level,” says Blizzard, “ensuring he shows up in fewer decks and allowing opposing players some additional time to respond.” As a 2016 card, Patches will be on his way out of Standard play once the first 2018 expansion launches, so this update is strictly intended to benefit Wild players.

Also on the receiving end of the mighty nerf hammer is Corridor Creeper, a neutral minion from the most recent expansion, Kobolds and Catacombs, that has seen almost universal play since its implementation. Reading “Costs (1) less whenever a minion dies while this is in your hand,” Corridor Creeper quickly became a swing card in matches, dropping in for far less than its original value (often for 0 mana) either early in the game or on top of an already cost-heavy late-game play. As of the next update, the card will still read and cost the same, but will be a 2/5 minion instead of a whopping 5/5.

Update 10.2 will also include nerfs for cards Raza the Chained—a Priest Legendary which granted the player a Hero Power cost of (0) for the remainder of the match—and Bonemare—a 7-cost 5/5 that granted another friendly minion +4/+4 and Taunt. Raza is also making his way into Wild this year, while Bonemare will remain in Standard for the next two years. As of Update 10.2, Raza will only discount Priest Hero Power by (1), while Bonemare is getting bumped up in mana cost from 7 to 8.