It seems even when a game is only a week from being released, you can count on more information being revealed up to the last moment.  Today, thanks to the folks at Namco Bandai, we have information on the four online modes which will be in the game as well as the new website that will be launched within the year.

In Capital Conquest, players are divided into two teams and are then tasked with destroying the opposing team’s headquarters within the time limit.  The winning team, of course, will be whoever destroys the other HQ first, although if it comes down to the time limit, the team with the most durability left will win.  Also, if one team is able to defeat the other team’s targets (TGTs), they can then go into Air Strike Mode, at which point all enemy units are revived.  If respawn is enabled, you can spawn from either your base, the team HQ or a capture able respawn base.  At that point, players can also change aircraft, refuel and replenish ammo, and recover from damage.

Mode settings include 6 maps, two of which are DLC, five different time limits ranging from 10 to 30 minutes, either 4v4 or 8v8 play, automatic or manual teams, the ability to toggle AI aircraft and a variety of headquarters durability levels.  You can also limit the types of aircraft as well as enable skill usages.

Also unique to this mode is the ability to use bombers, which are only in-play during ASM and when the opposing base is under 20% durability.

Every game features this, and you pretty much know what you get here.  Featuring up to 16 players at a time, Deathmatch involves either a ‘Kill Points’ system where the game continues until someone hits a certain number of points, which different aircraft having different values and ‘Kill Count’ where it’s simply the first to a certain number of kills.  There’s also a time limit involved, and you can respawn similarly to the previous mode.

Domination is another familiar mode to many multiplayer games, and features two teams competing to occupy bases within a time limit.  Each base is worth a certain number of Occupation Points, which are tallied at fixed intervals.  Of course, the first to a certain score or the highest score at the time limit is declared the winner.  To capture a base, a plane must fly above a neutral base.  If a base is occupied, then all TGTs have to be destroyed to return it to neutral.

This mode features seven maps (2 DLC), the standard five time limits, 4v4 and 8v8 play, manual/automatic team selection and the same AI aircraft and limits from the other modes.

The final mode is a standard co-op mode, which allows two to three players to play one of eight different campaign missions in a co-op style.  Player roles will be determined by the aircraft they select, and the enemies are tougher than in standard Campaign play.  Playing with more people will allow you to enter DFM (dog fight mode) quicker against tougher enemies, bringing them down in a glorious hail of screaming metal and fire.  Of course, ASM mode is also part of this mode as in with the game itself.  There’s no mention as to which missions are involved, or if either of the two mentioned DLC maps make an appearance here.

For the first time in the Ace Combat series, there will be a website that tracks your statistics from the game’s launch.  It will use your XBox Live or PSN account name, so it’s a simple process to get signed up, as well as to track what you’ve done in-game to show off.  Also, there’s a Virtual Multiplayer World War.  When you choose your faction in-game, the online map will fluctuate based on each side’s successes in Capital Conquest and Domination.   Of course, as with any other game website that does tracking like this, there will be a leaderboard to determine who is the absolute best, as well as a message board.  More is mentioned such as official tournaments and periodic updates to the site with game lore and info.  The website will also be bilingual (English and Japanese), so if you’re the best pilot in the world, the entire world will know it.

That’s a lot of info, and we’ve also got some screenshots to go along with it, so get to looking! 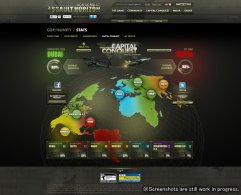 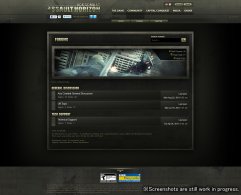 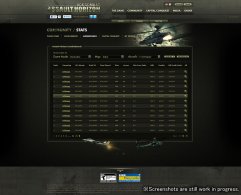 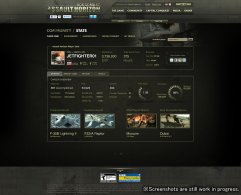 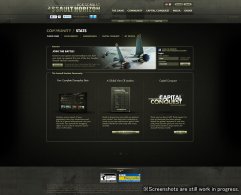 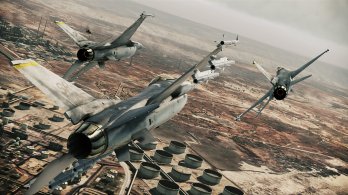 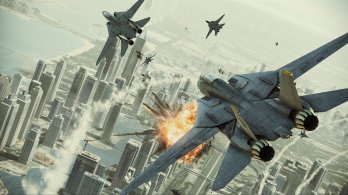 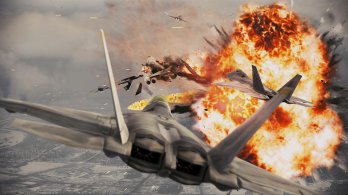 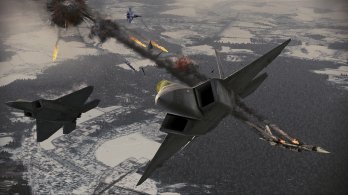 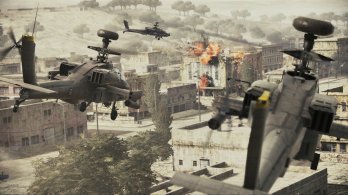 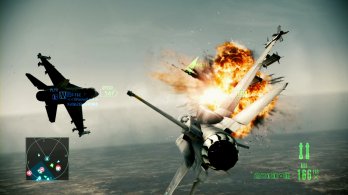 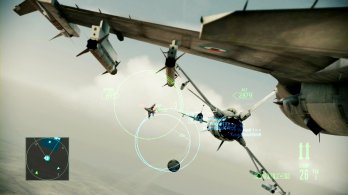 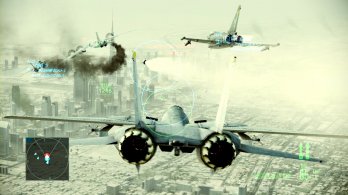 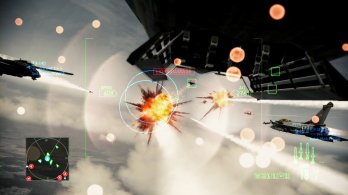 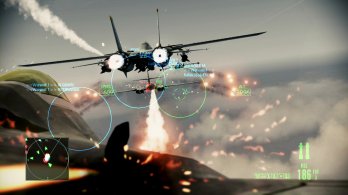 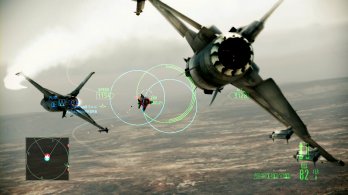 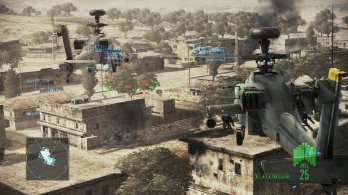 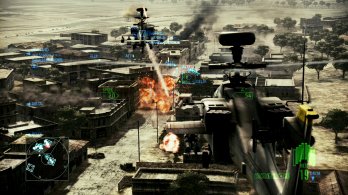 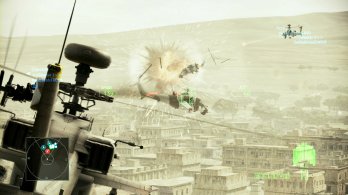 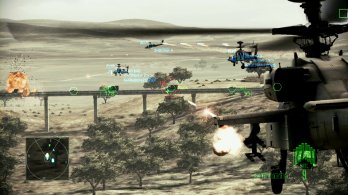 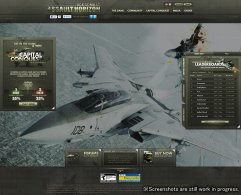