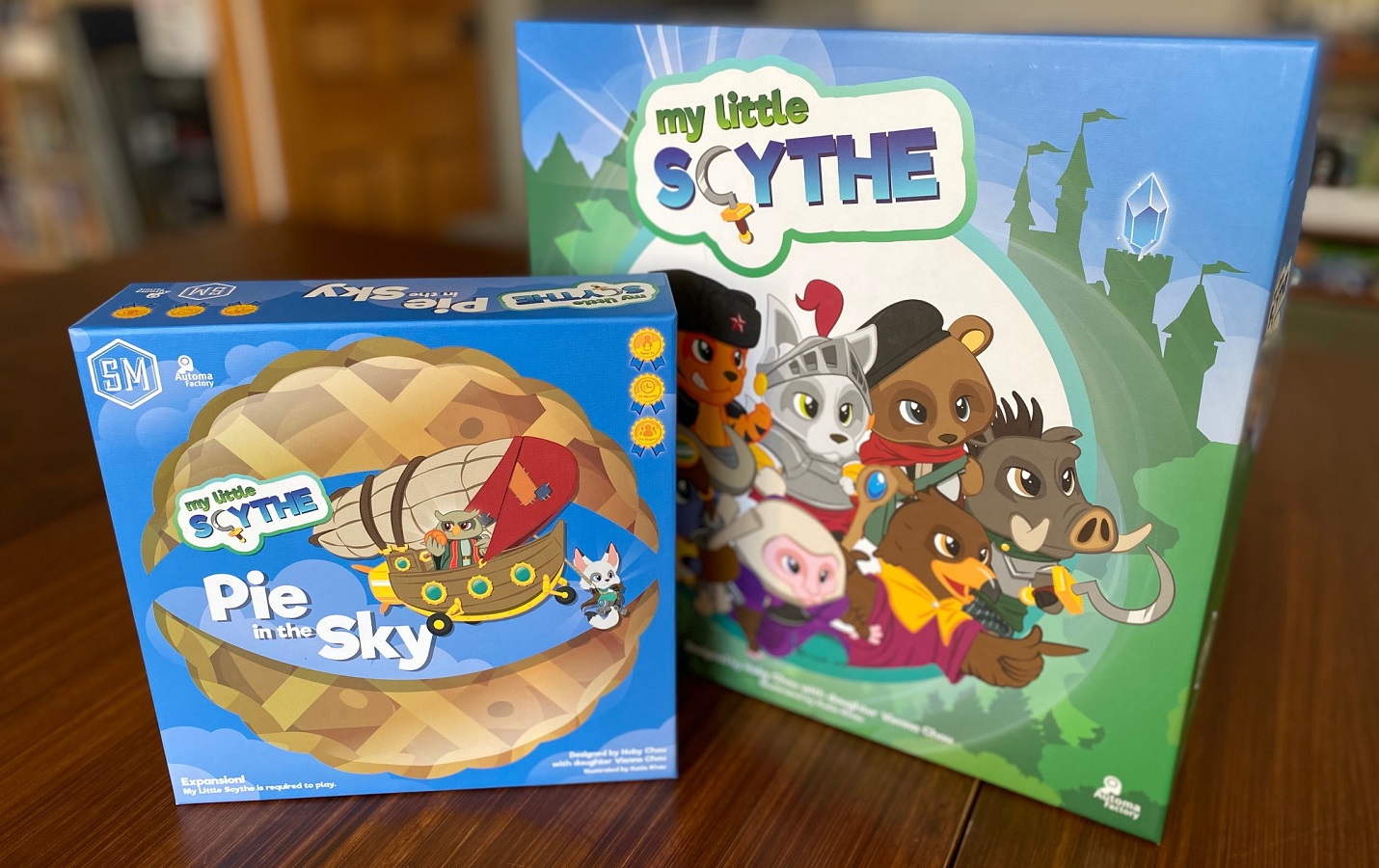 Are you ready for some cute antics? Stonemaier Games has just announced that it will open pre-orders for the upcoming expansion to My Little Scythe, Pie in the Sky, for April 29. The expansion will feature more adorable art in the world of My Little Scythe as well as more story beats.

Pie in the Sky begins on the eve of the 3000th Harvest Tournament, where stories are retold of Pomme’s ancient animals venturing into distant lands to establish their own kingdoms. To accomplish this, Pomme’s founders worked together to build the legendary Airship Kai, imbuing it with the best knowledge from all nine animal species. Sharing the ship’s powers and speed, each kingdom established its foundations. But one year, the airship and its Fox and Owl passengers journeyed into the far frontiers and were never seen or heard from again … until now.

As animals gather for the milestone tournament, the fabled lost airship emerges from the horizon, carrying Seekers from the Fox and Owl kingdoms. As if this reunion isn’t reason enough for celebration, Pomme’s Seekers realize that Airship Kai still responds to each animal species. The stage is set for the greatest Harvest Tournament in 3000 years!