Today, Kibou Entertainment announced that it has released its Kickstarter for the upcoming horror mystery Blood Opera Crescendo, which is planning to be released next June on PC. The campaign will run until August 22 with a project funding goal of £10,000.

Blood Opera Crescendo combines the classic investigative mechanics of series like Ace Attorney with a strong atmosphere where the elegance of classical music and gory horror elements blend together into a unique setting: the Austria of the 18th century and the baroque style of the period which set the dramatic backdrop of a sordid tale of sin and murder.

The game is also inspired by the Persona franchise: in the role of orchestra director and skilled composer Heinrich Steiner, you will face interrogations and misdirections while trying to uncover the secret behind a bloody trail of gruesome murders.

You play as a disgraced orchestra director and skilled composer struggling with addictions, delusions of grandeur and a murderer who transforms human beings into musical instruments. 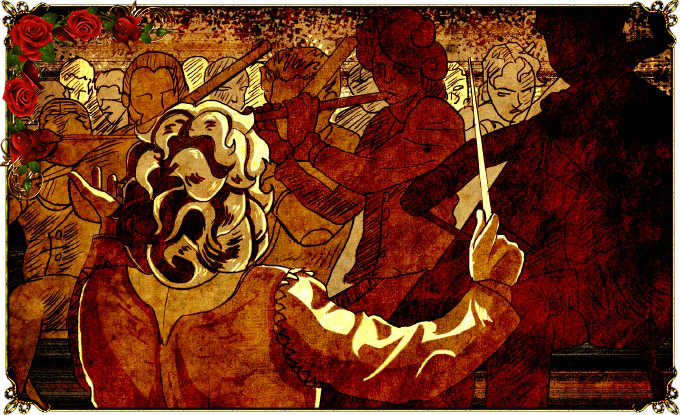 Discover the charming city of Bleichburg and the terrible truth hidden behind the luxurious curtain that covers the entire city as you face interrogations, collect clues and develop love affairs.

Will you be able to discover who is directing the Blood Opera without being killed?

You can back the Kickstarter for Blood Opera Crescendo until August 22, with £8 netting you a copy of the game. You can also check out the campaign for a small demo of the game. Check out the trailer above, and stay tuned for more news here on Gaming Trend.