Spike Chunsoft recently revealed that AI: The Somnium Files – nirvanA Initiative will be released next spring for PlayStation 4, Xbox One, Nintendo Switch, and PC. The sequel to 2019’s AI: The Somnium Files will focus on plucky protagonist Mizuki as she solves a mysterious murder that happened to rise again.

The title was revealed on a mystery website that had users solve nine puzzles to assemble the password “NIRVANA INITIATIVE” which unlocked an ominous skull with a countdown timer in its eye sockets. When the countdown ended, the skull was sliced in half to show the Announcement Trailer.

Six years ago, the right half of a corpse was discovered under mysterious circumstances. The left half was never found…until six years later, when it was discovered completely fresh with no signs of decay, as though the victim was alive until just recently.

Now, newly-appointed Special Agent Mizuki and her AI partner Aiba are tasked to solve the bizarre Half Body serial killings… 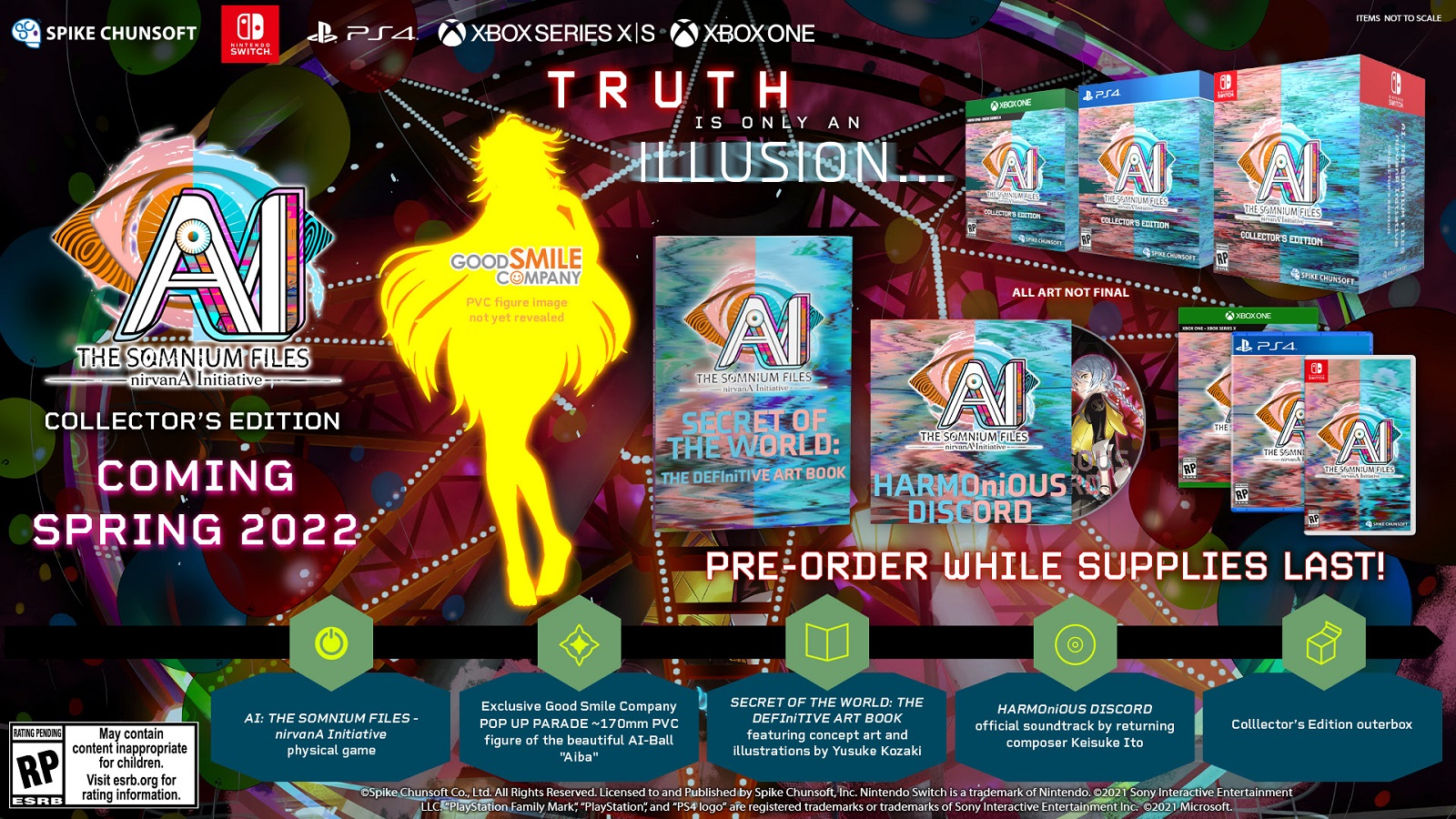 Check out our review of AI: The Somnium Files, and stay tuned for more news here on Gaming Trend.