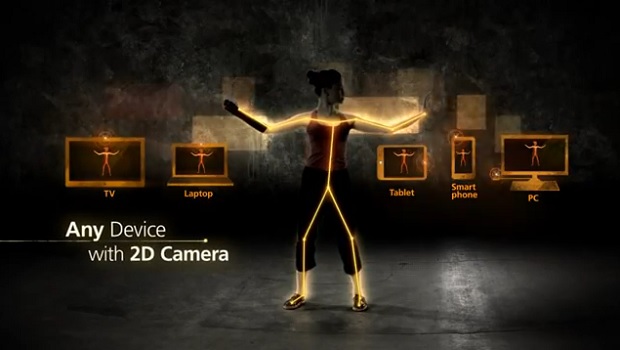 A couple weeks ago, we introduced you to Top Smash Tennis. It’s a fun little motion-controlled tennis game for Windows 8 PC’s and tablets. Yes, you read that right; the game is powered by Extreme Motion, a software-based technology that lets you play motion games with nothing more than a standard 2D camera. Extreme Reality, the company behind the software, believes it has the potential to completely change the outlook of motion gaming on PC and on the go. I got the chance to ask them a few questions about Extreme Motion and its potential to change how we play games.

Extreme Motion is pretty new, so I would guess we’re just scratching the surface of what it’s capable of. What kinds of games can we expect to be powered by Extreme Motion down the line?

Gaming Consoles have shown gamers the thrill of motion gaming experiences, and now since Extreme Reality’s software enables this capability without any hardware, we are positive the market is going to take off. Many gamers want to access games on the move through their mobile devices, tablets, etc. or want to access motion games from their homes without the need to purchase consoles. They can now do so with their current consumer electronic devices.

Extreme Motion technology interprets human motion through the native camera already in the devices they’re using every day. This will provide motion game developers with a much larger market of customers. Similarly, it will also provide gamers with many new innovative motion games to choose from. Sports, fitness and dance games are ideally suited for motion experiences, but virtually any game can be motionized. We’re working with developers from around the world on some exciting new titles, so stay tuned!

[singlepic id=14792 w=320 h=240 float=left]The ability to have motion-controlled gameplay without expensive dedicated hardware will obviously appeal to many PC gamers. How does the accuracy of Extreme Motion compare to other motion technology (for example, infrared)?

Although Extreme Motion is based on software only, it offers a comparable end user experience to most of the motion games that are played on IR based technologies, such as Kinect and physical controllers such as Wii and Move. In addition to the advantage of not requiring specific hardware, Extreme Motion can operate in light conditions, such as daylight, where IR is neutralized.

There are also other software based motion solutions, however, they are limited to either hand gestures at close range or general body movement solutions, without the ability to detect depth or exact skeletal coordinates, providing a very basic experience. Extreme Motion is able to analyze full body motion in virtually any environment. We have 13 patents on this technology that recognizes movement depth perception through a camera.

Will Extreme Motion really work with any 2D camera, or are there minimum requirements?

Yes, it will work! Extreme Motion works on any camera, native or peripheral: a laptop’s built in camera; the front-facing cameras on smartphones and tablets; external webcams; smart TV cameras and other 2D cameras.

Top Smash Tennis was released earlier this month. Are there any other Extreme Motion Games coming in the next few months?

Yes, we’re working with several studios and there are several titles that we’re very excited about. We’ll let you know as soon as they are ready for release.

What existing game do you think makes the best use of Extreme Motion so far?

Top Smash Tennis has developed a great integration of the technology. It actually feels like you’re playing a tennis match. It will give you a great workout!

[singlepic id=14793 w=320 h=240 float=right]It can sometimes be difficult to get developers to commit to a new technology. What kind of interest are you seeing from developers right now?

The feedback we’ve received has been very positive. They’re excited about creating new motionized experiences for their users and attracting larger audiences for their games. We expect to see a lot of innovation from the brilliant minds that are creating entirely new games from this new form of interaction or motionize their current games and utilizing more platforms already available in the home.

Since we provide Extreme Motion as an SDK, it’s easy for developers to integrate. It is also available to them for free, through a revenue share model that makes this advanced technology available to even the smallest independent developers.

Do you welcome developers to modify their existing games to work with Extreme Motion, or do you prefer games developed specifically with motion control in mind?

Extreme Motion works equally well for both situations, and we are currently working with developers in both circumstances. Some developers have found that it’s a great way to breathe new life into an existing game and attract a larger audience. Others are developing entirely new games that were not possible with traditional game controls.

A big concern for people who like to game on the go is battery life. How does Extreme Motion affect battery life on smartphones and tablets?

The effect Extreme Motion has on battery life is similar to any modern game that requires camera usage and CPU consumption.

[singlepic id=14796 w=320 h=240 float=left]Will we see any support for the use of Extreme Motion outside of games, for example, to control a media PC?

Absolutely, the technology extends to virtually any application. Either outdoors promotional branding experience, controlling the TV user interface or user recognition in security applications the options are unlimited for touch less user interaction on any camera.

Does Extreme Motion have the power to change the way people play games on PC? Do you think it’s something that will be ubiquitous a few years from now, in the way that motion gaming on consoles has become?

Since the barrier is so low for developers to build games with Extreme Motion – it’s affordable and it works on millions of devices people already have – we expect it to be as common as keyboard or mouse controlled PC games.

Consoles have had their motion gaming boom; is the PC equivalent just around the corner? Could Extreme Motion really become as common as standard keyboard and mouse controls and, more importantly, will it work as well? It’s too soon to tell right now, but Extreme Reality certainly seems to have a lot of faith in their product. I’ll definitely be keeping an eye out for their next move. 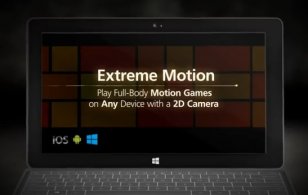 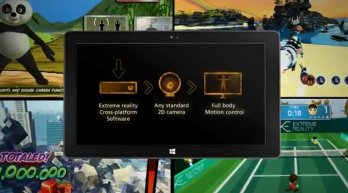 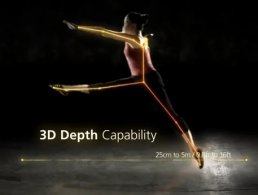 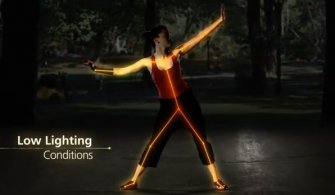 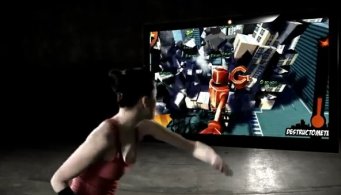