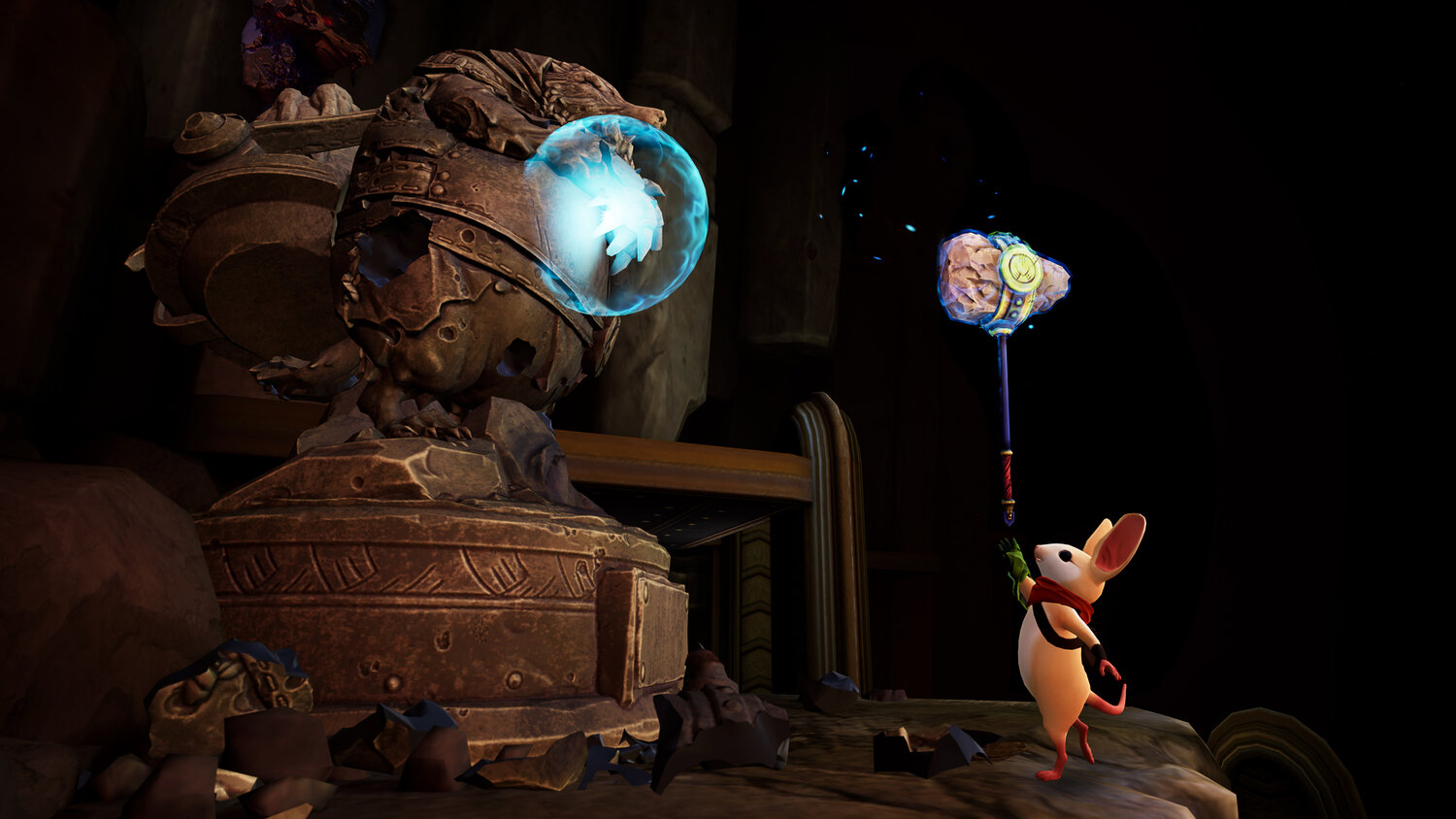 In case you didn’t know, we really liked Moss: Book II in our review. One of the only things you really might not have liked about it was the limited platforms to experience it on, with PSVR being the only place to play it on. The team over at Polyarc has got you covered though, with the announcement via the UploadVR Summer Showcase that the game is finally making it over to the Meta/Oculus Quest 2 on July 21, 2022.  All the info that you need for that is below, along with a gameplay trailer in case you were curious how Moss: Book II plays.

SEATTLE – June 9, 2022 – The wait is almost over for millions of Meta Quest 2 owners eager to explore the magical world within Moss: Book II, the award-winning sequel to the fan favorite VR game Moss. Announced during today’s UploadVR Summer Showcase, Moss: Book II will launch on Quest 2 on Thursday, July 21, 2022. Greeted by critical acclaim when released on PlayStation VR earlier this year, Moss: Book II is being hailed as an essential and must-play VR title. Players can now add Moss: Book II to their Quest Store wishlists.

“For this release, we didn’t just want to get Book II running on Quest 2 and call it a day, so we took our time diligently balancing all aspects of the game, across graphics and gameplay, with the end goal being a truly memorable experience,” said Tyler Walters, technical artist, Polyarc. “Throughout this process, we were regularly excited by the level of fidelity we were able to achieve on Quest 2, often finding ways to make the game look and play better than ever.”

In addition to the vibrant look and feel of Moss: Book II, players will find a deep sense of immersion and physical connection to the world when leveraging the two-controller setup of the Quest 2. Playing with both hands provides a natural feeling, allowing players to express themselves more freely in the world when reaching in to manipulate the environment, interact with the beloved hero Quill, or engage the weapon inventory system during battle.

“The original Moss holds a very special place in my heart and Moss: Book II is an extremely personal score,” said Graves. “Adding new instruments to the ensemble, I put together a small ‘pub band’ of soloists to underscore Quill’s heroism and heartbreak, and even acquired a beautiful baby grand piano that acts as the heart and soul of the score, performing most cues live on the piano, then adding other instruments to flesh out the themes. I hope this soundtrack takes players back to the magical world of Moss with every listening.”

The soundtrack consists of 17 in-game tracks for more than 140 minutes of music. The first three tracks —“When One Door Shuts,” “The Starthing’s Way,” and “The Winter Glass”— can be sampled on Bandcamp (link) now. For soundtrack collectors and fans of physical versions, pre-order is now available for a limited run of premium CD and vinyl albums at Materia Collective (link) and Bandcamp (link).