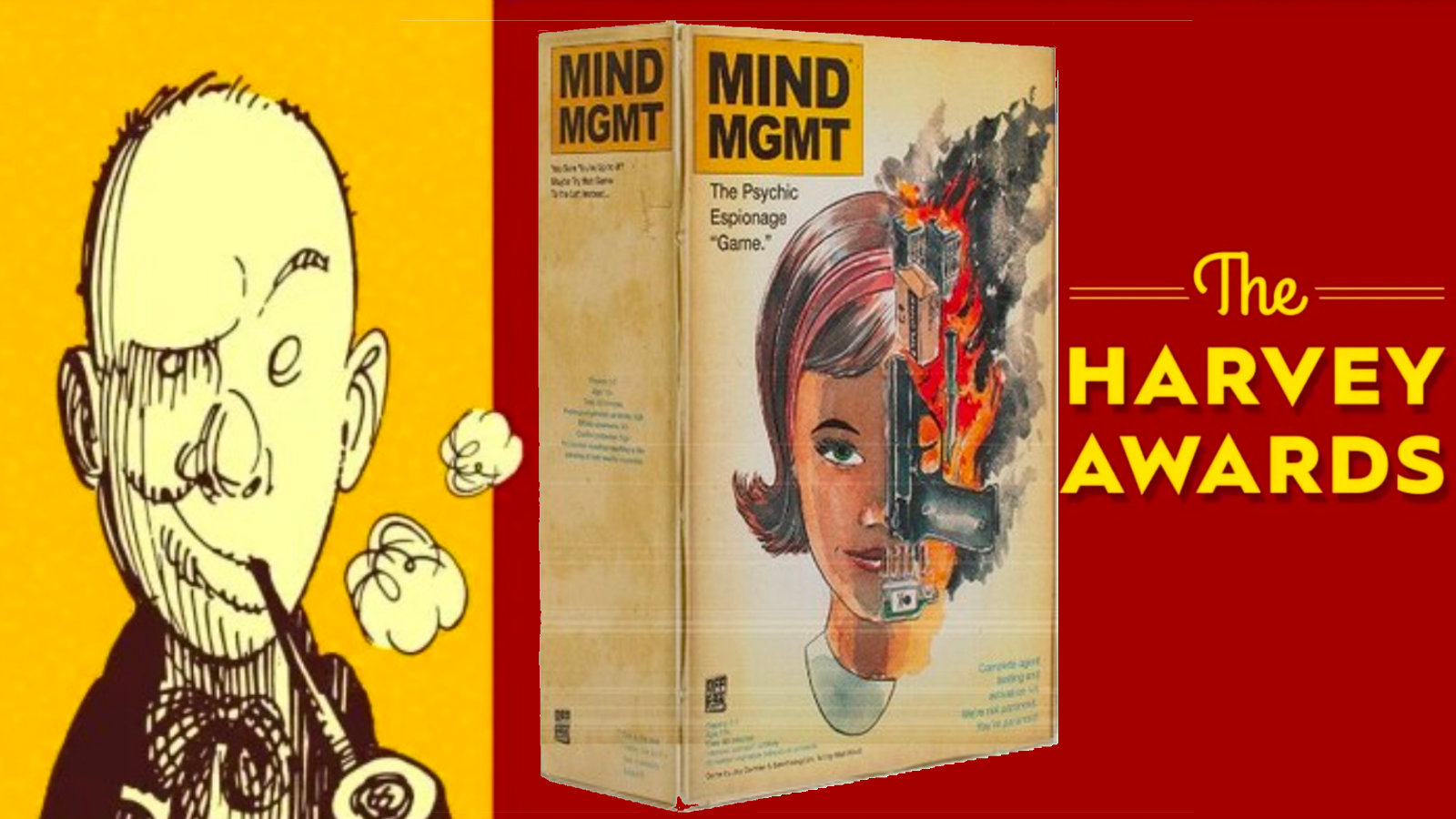 We don’t usually report on comic book awards here on Gaming Trend, but the nominations for the prestigious Harvey Awards were just announced, and this year there was something a little different:

Yes, in a category dominated by movie and television adaptations, a board game managed to get nominated for Best Adaptation from Comic Book/Graphic Novel- Mind MGMT: The Psychic Espionage “Game”

An utterly brilliant game based on an utterly brilliant comic series by Matt Kindt, Mind MGMT is a favorite here at Gaming Trend, and don’t be surprised if you see it appear on some end of the year lists in a few months. Here’s what it’s about:

MIND MGMT: The Psychic Espionage “Game” is a one-versus-many, hidden-movement game about a top-secret organization that uses psychic spies to alter world events.

One player is the Recruiter for MIND MGMT who must race around Zanzibar in an attempt to collect enough new recruits to win.

All the other players are Rogue Agents who used to work for MIND MGMT, but now are trying to take it down from the outside. If they can deduce and pinpoint the exact location of the Recruiter they win!

The competition is certainly fierce in this category, but whether or not Mind MGMT wins, just being nominated is a huge win for Jay Cormier and Sen-Foong Lim, and frankly a win for our hobby. Stay tuned to Gaming Trend for a Gen Con preview of Off The Page’s next comic adaptation, Harrow County, coming soon to Kickstarter!