Are you ready for a surprise multiplatform announcement? XSeed Games announced today that the mech action game Daemon X Machina will now be available on PC via Steam on February 13, with pre-order discounts and free exclusive DLC for the first month of launch. Formerly only available on the Nintendo Switch, the game will allow more people to head into the cockpit and save humanity.

Welcome to your battlefield. DAEMON X MACHINA puts players in the cockpit in a fight for the future of humanity. Taking the role of an Outer, a new breed of human that emerged following a global catastrophe, players will suit up and pilot their fully customizable mechs, called Arsenals, on the front line of a desperate war for survival against corrupted AIs known as “Immortals.” Team up with fellow mercenaries in the Orbital organization to turn the tide, but be careful – mercenaries always have their price, and today’s allies can become tomorrow’s enemies.

Soar across the battlefield in an Arsenal mech to combat the Immortals wherever they appear – in crumbling cities, strange deserts, and inside of massive facilities. As players progress through missions they will be able to salvage new equipment from defeated enemies, providing more combat options ranging from laser swords to explosive artillery, and can customize their characters with a variety of cosmetic modifications and cybernetic upgrades that grant new skills. Players can also participate in online 1 vs. 1 or 2 vs. 2 Versus Modes with competitive leaderboards for top mercenaries, or team up for Co-op Modes, allowing up to four players to team up to take on Colossal Immortals or explore randomly generated Immortal bases for powerful rewards. 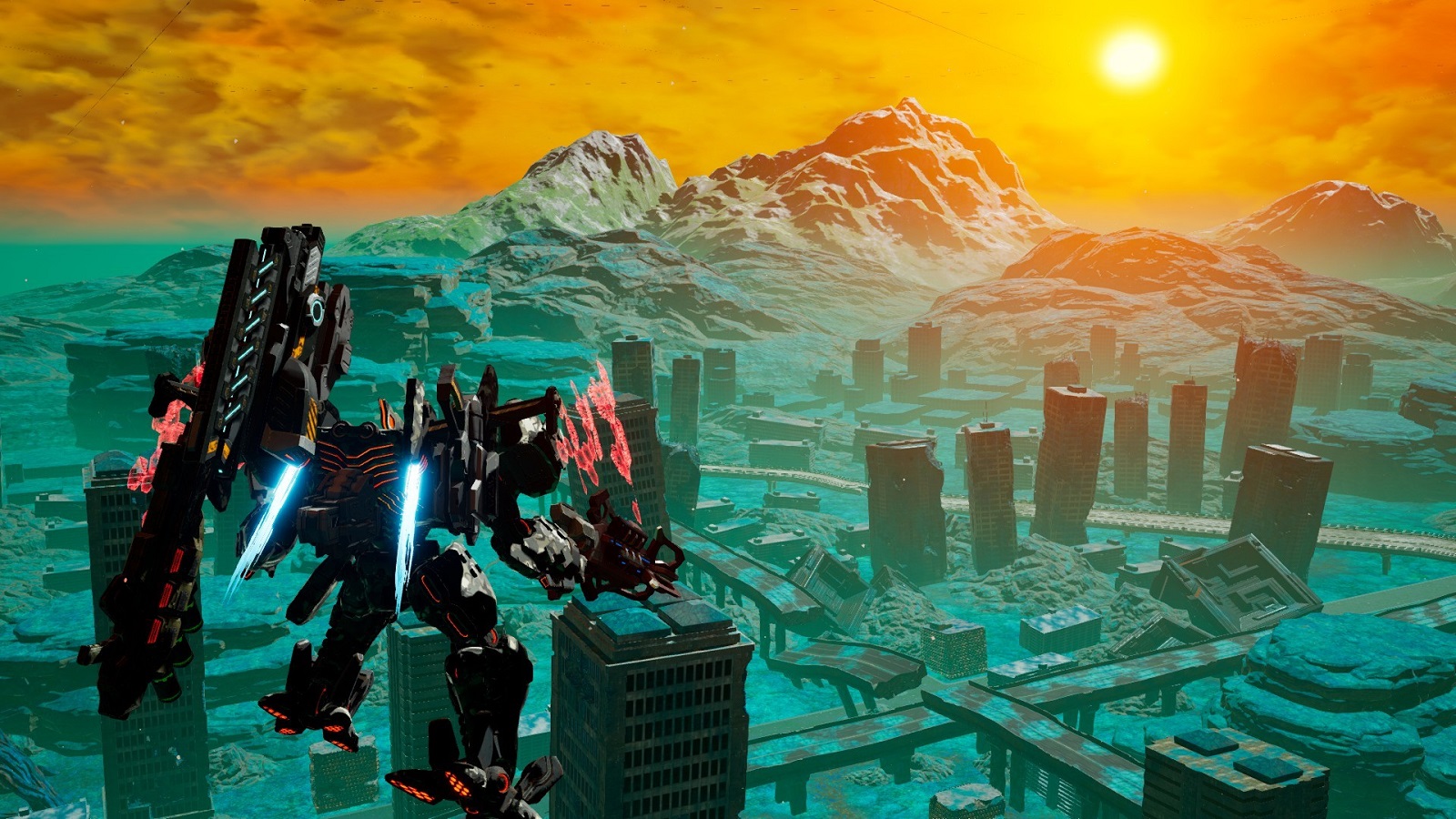 All copies purchased during the pre-purchase period or during the first month of the title’s launch will come with exclusive bonuses including an Arsenal mech, Outer suits for their character, and a set of five weapon. The Prototype Arsenal Set, containing the Prototype Arsenal mech and Prototype Plugsuit outfit, will be available for purchase at a later date. The Metallic Equipment Set, containing 5 unique weapons and the Metallic Plugsuit outfit, will only be available as a part of the pre-purchase and early bird purchase promotions and will never be sold separately.

Check out the trailer above, read our review of the Switch version, and stay tuned for more news here on Gaming Trend.