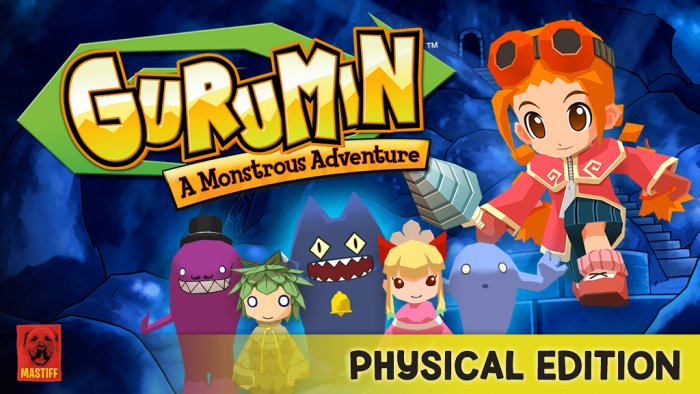 Yesterday, Mastiff announced plans to release Gurumin and Gurumin 3D physically for PC and 3DS. The publisher has recently released a Prefundia page with details, as well as a forthcoming Kickstarter campaign for the project. The campaign is in response to overwhelming fan demand for a physical version of the game on other platforms.

Gurumin: A Monstrous Adventure stars Parin, a young girl who is sent to live with her grandfather in a small mining town while her parents are off excavating an ancient ruin. As she’s the only child in the town, she goes off on an adventure and finds monsters that are invisible to the adults. However, this Monster Village is attacked by evil spirits known as Phantoms, and it’s up to Parin to reclaim the Legendary Drill to stop these devious Phantoms and save the day.

“We here at Mastiff have been asked countless times via social media, over email, and in person if a physical edition of Gurumin on PC and 3DS will ever happen,” Said David Bruno, PR Manager at Mastiff. “The answer has always been ‘yes, it is possible,’ but waffled due to the risks and costs, so we have decided to turn to the crowdfunding stage.”

Originally getting a physical PSP release in 2007, Mastiff plans to reach out to create a physical PC version. While different tiers will be offered for this, the $50 tier will grant backers a copy of the physical PC release. A 3DS stretch goal is currently unannounced but will be revealed at a later date. The Prefundia page goes into more detail regarding the rewards, which maxes out at $500. The game has received critical acclaim, and Gaming Trend was recently featured in a review roundup of the title.

Gurumin: A Monstrous Adventure and Gurumin 3D are available now on PC and 3DS, respectively. Check out our review of the game here, and stay tuned for more news here on Gaming Trend.