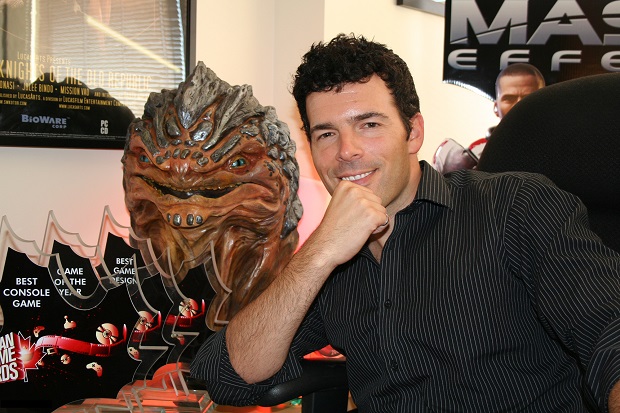 In sad news, Mass Effect director Casey Hudson has announced that he will be departing from BioWare after 16 years at the studio.

This was announced through a post on the BioWare Blog, where BioWare’s Aaryn Flynn both let fans know of Hudson’s departure and posted a goodbye letter from Hudson. In his farewell letter, Hudson said leaving BioWare will be like “[hitting] the reset button” for him, but he has yet to nail down what he plans to do next.

“After what already feels like a lifetime of extraordinary experiences, I have decided to hit the reset button and move on from BioWare. I’ll take a much needed break, get perspective on what I really want to do with the next phase of my life, and eventually, take on a new set of challenges.”

Hudson began his career at BioWare as a Technical Artist for Neverwinter Nights and MDK2 before moving to a Project Director on Star Wars: Knights of the Old Republic, then subsequently the Mass Effect trilogy. Before leaving BioWare, Hudson was working on the next installment in the Mass Effect franchise, one that wouldn’t focus on previous protagonist Commander Shepard.

Hudson also prefaced that his leaving will not affect any of BioWare’s titles currently in development.

“Though there’s never an easy time to make a change like this, I believe this is the best time for it. The foundation of our new IP in Edmonton is complete, and the team is ready to move forward into pre-production on a title that I think will redefine interactive entertainment. Development for the next Mass Effect game is well underway, with stunning assets and playable builds that prove the team is ready to deliver the best Mass Effect experience to date. And the Dragon Age: Inquisition team is putting the final touches on a truly ambitious title with some of the most beautiful visuals I’ve seen in a game.”

But while I feel that the time has come, this is without a doubt the most difficult decision of my career. BioWare is as magical a place today as it was when I started. The projects we are working on are some of the most exciting and prestigious in the world. The talent in our teams is second to none. And the people here are some of my closest friends. I’ve spent more time with many of you than my own family, and I have enjoyed every day of it.”

Hudson last represented BioWare at EA’s E3 press conference this year during a concept video for the next Mass Effect game and an unannounced new IP coming from the studio.