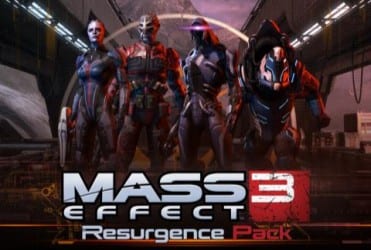 Bioware has announced the upcoming release of the first multiplayer downloadable content for Mass Effect 3. Mass Effect 3: Resurgence Pack will add new maps, weapons, and characters to the game and seems to be particularly geared towards cooperative play. There will also be a variety of new items and consumables added, including new “reinforcement packs” available for purchase that contain items to help your gameplay. The full list of content in the Resurgence Pack is after the jump.

It remains to be seen if the reinforcement packs will be worth the credits, but it’s a good amount of content and fans of the game are likely to enjoy the new gameplay possibilities it offers. The extra content will be available on Origin, XBLA, and PSN on April 10, 2012.