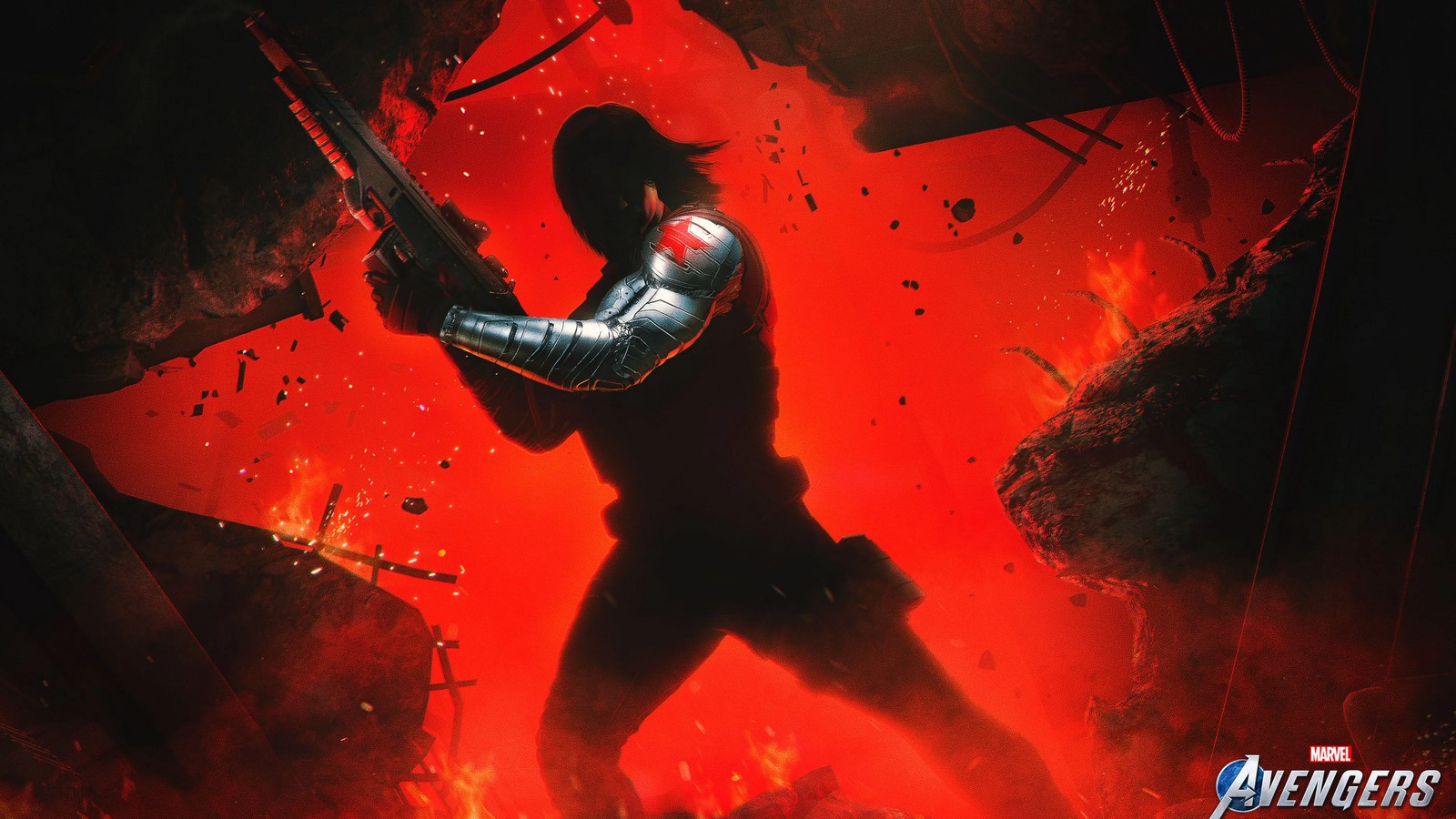 Marvel’s Avengers has released their August update and in it they provide players with a few details about the game’s next playable hero: The Winter Soldier.  Update 2.6, expected to release sometime in September, will add the hero to the already large roster of playable characters. Along with The Winter Soldier, update 2.6 will introduce the No Rest for the Wicked warzone, a new villain focused adventure for all players. You can read more about the update below:

Now that Jane Foster’s The Mighty Thor has joined our timeline and is rampaging through AIM’s forces, we wanted to provide some further details of our (and AIM’s) future plans, and an initial glimpse of our next playable hero: The Winter Soldier.

Our next update will be 2.6 and is currently expected to release in September. It will introduce the ‘No Rest for the Wicked’ Warzone, a new villain-focused adventure for all players. The Scientist Supreme is running out of resources (and clones) and takes further risks to secure AIM’s power. Monica has recovered M.O.D.O.K. from the San Francisco Bay with plans to revive him for use as a weapon against the Avengers. Our heroes must put an end to her plans before the mutation-maddened genius returns.

Alongside the Warzone, starting in 2.6 and continuing in future updates, we’ll be rolling out updates to our full roster of Heroes. One of the most important elements of Marvel’s Avengers is that everyone on our roster feels heroic to play. This will be an ongoing process over several updates as we look at combat, balance, and traversal and make tweaks and changes to make sure every Hero continues to feel like they’ve leapt from the pages of the comics.

Following Update 2.6, our next playable content will be AIM’s Cloning Lab. As an Omega-Level Threat, it features endgame content that will arrive with new gear and an increased power-level cap, as well as the next step in the conflict between AIM and the Avengers.

In addition to the new OLT we’re excited to announce a new Hero will also be joining our roster. As a result of the events of No Rest for the Wicked and Cloning Lab, James Buchanan “Bucky” Barnes, the Winter Soldier, will rejoin his former allies and his mentor Steve Rogers. A hybrid brawler and marksman Hero, the Winter Soldier will add yet another way to be heroic in Marvel’s Avengers.

We’ll have many more details about Cloning Lab and the Winter Soldier after the release of update 2.6.

We know we’re excited about the plans we have for Update 2.6 and beyond, and hope this glimpse excites you as well. Beginning in Update 2.6 and continuing beyond, we’ll be taking our heroes on new and different adventures to encounter fresh threats, reunite with friends, and find new allies. With Marvel’s Avengers now available on both Xbox Game Pass and PS+ Extra there’s no better time to grab your friends and build your own superhero squad.

Thanks again for adventuring with us and Earth’s Mightiest Heroes!