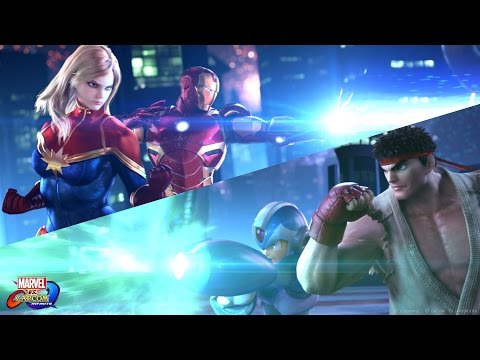 Marvel vs. Capcom: Infinite was announced today at PlayStation Experience with this cinematic reveal trailer.

The trailer opened to raucous applause as Mega Man and Iron Man squared off alongside Ryu and Captain Marvel.

This announcement comes after reports from earlier this week indicated that Capcom would reveal the latest installment in the Marvel vs. Capcom series at the event.

According to PlayStation Blog, Marvel vs. Capcom: Infinite will launch with “single player Arcade, Training and Mission modes” in addition to a Story mode. Other included features and modes will include 2v2 partner battles, Infinity Stones, and ranked and casual online multiplayer playlists. Readers may recall that Capcom’s last tentpole fighting game, Street Fighter V, launched without many of these single player features.

Marvel vs. Capcom: Infinite is currently scheduled for release in late 2017.