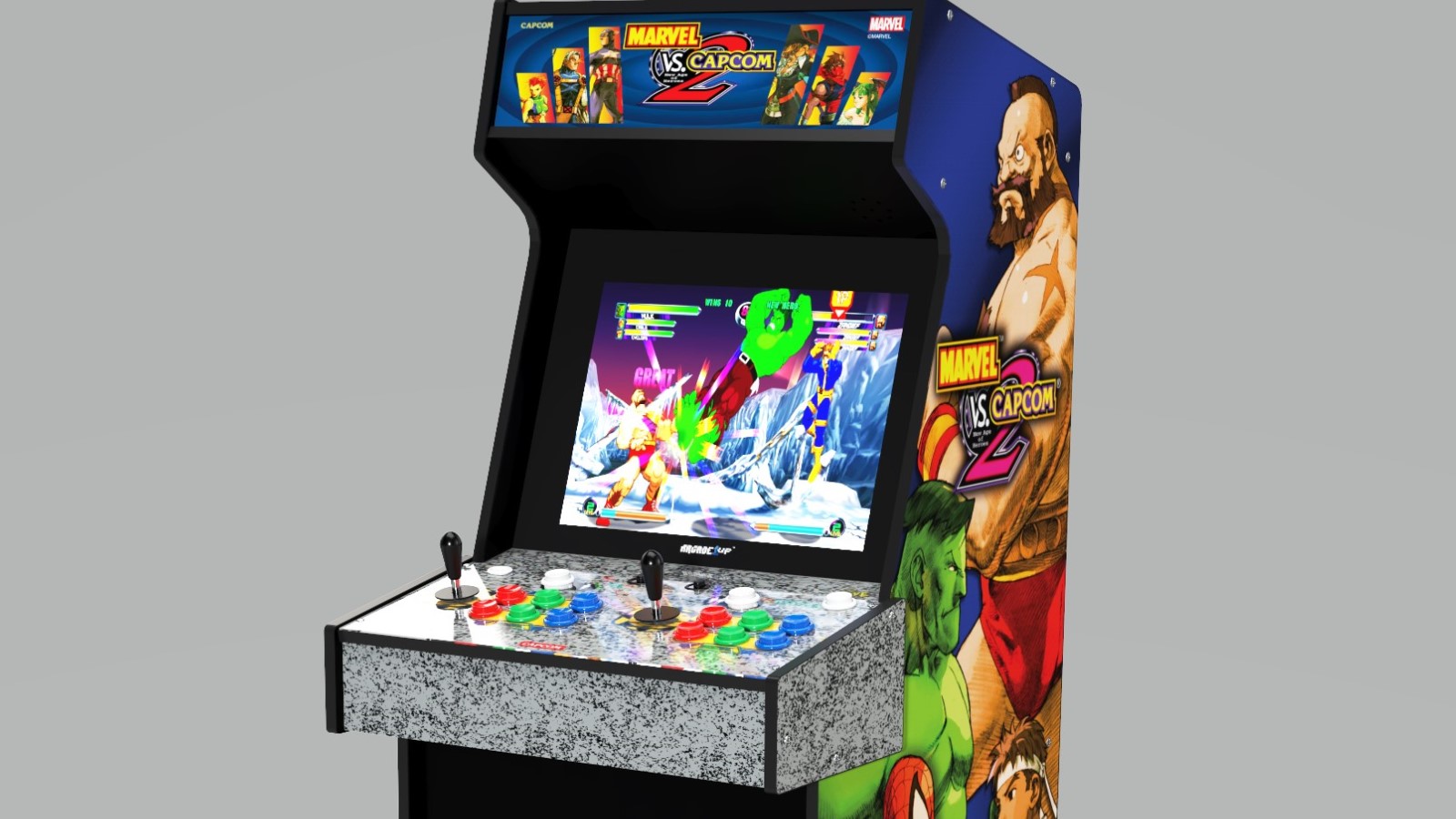 MIAMI, August 5, 2022 – Get ready to punch, kick, fly, and blast! The most popular fighting game of all time is coming to living rooms everywhere! Arcade1Up, the leader in at-home retro arcade game entertainment, today announced Marvel vs. Capcom 2™ home arcade machine – the first time fans will be able to bring the game into their homes in retro format, modernized with Wi-Fi. Starring every great character from the Marvel vs. Capcom 2™ rosters – 56 in total – the machine will feature eight classic titles. Timed to the start of the Evolution Championship Series (EVO) taking place in Las Vegas, professional fighting game player Justin Wong will be answering questions and giving fans a sneak peek from the show today at Noon ET on Arcade1Up.com. Fans can sign-up to be notified about updates beginning today on Arcade1Up.com and pre-orders will begin on September 8,2022. 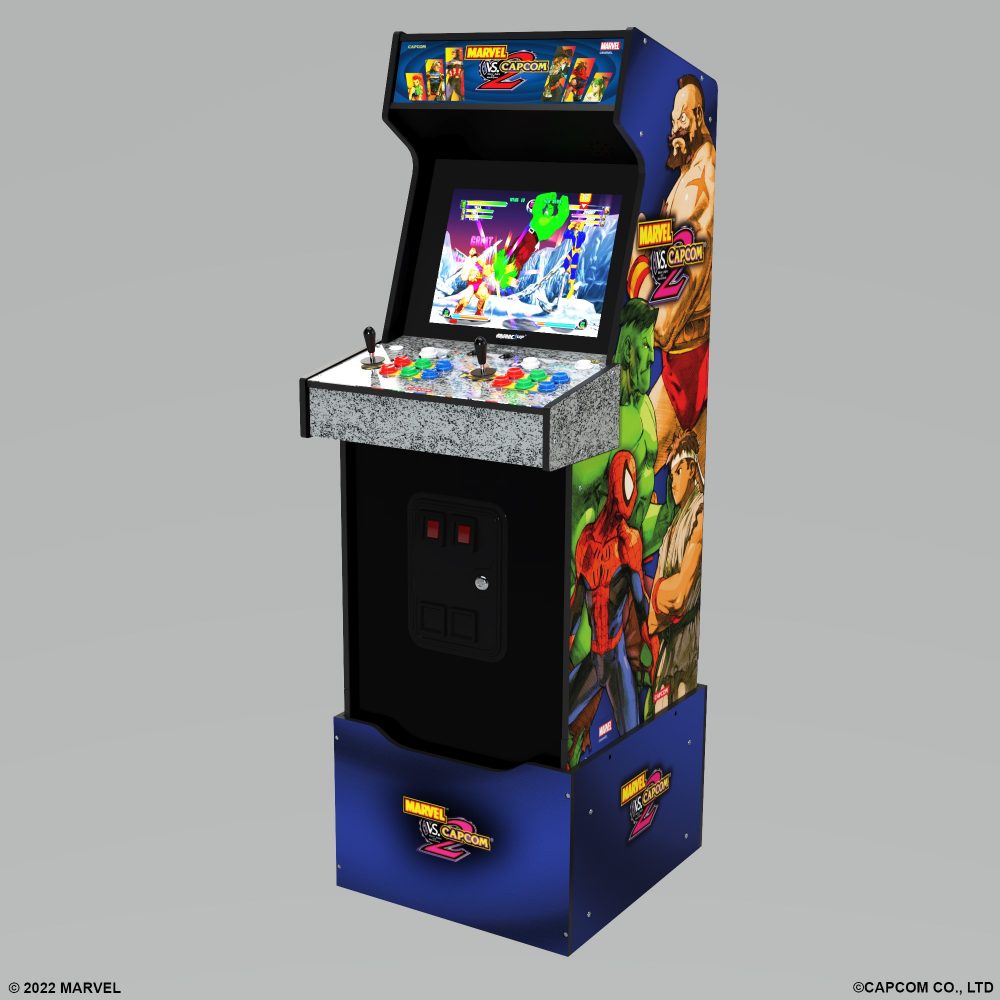 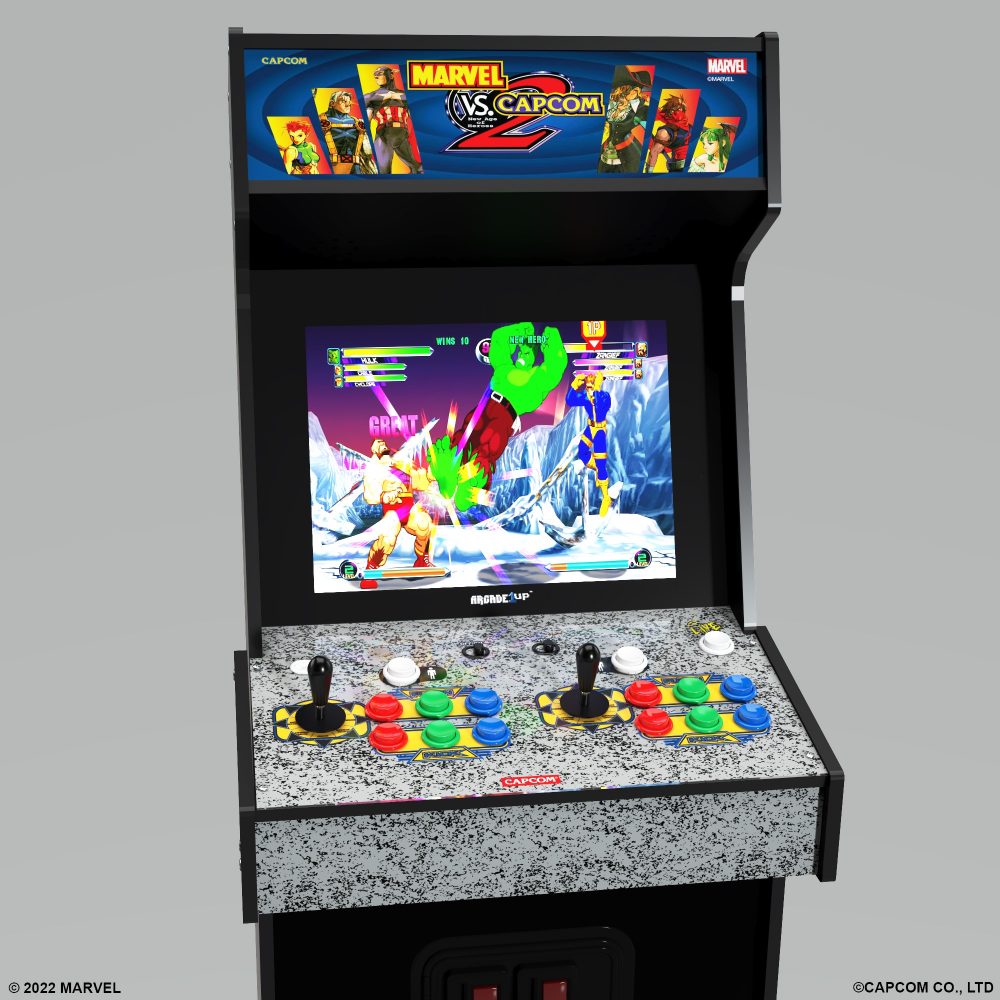 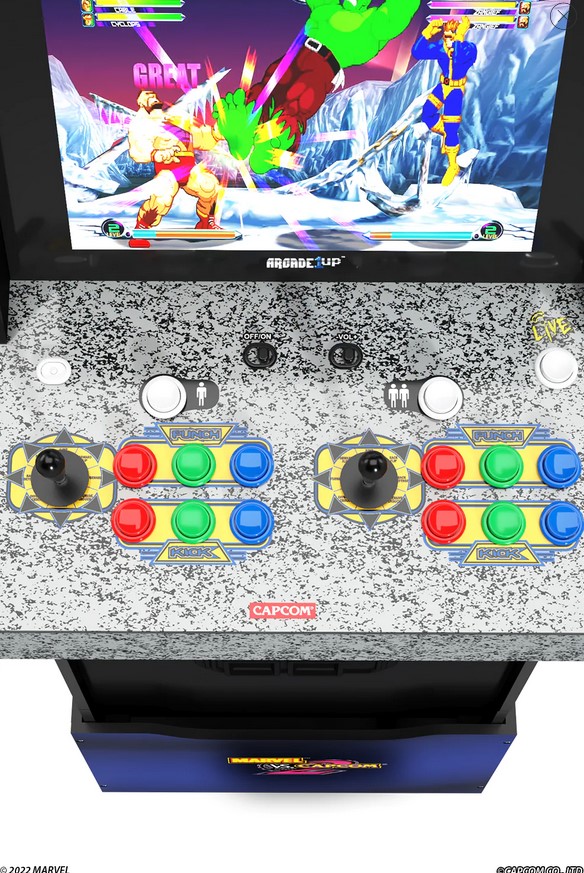 “Marvel vs Capcom 2 is one of the most technical fighting games ever created,” said Justin Wong, professional fighting game player, Arcade1Up QA Product Specialist and one of the most well-known Street Fighter players of all time. “Finally, there is a Marvel vs. Capcom 2 arcade machine that longtime fans can buy and play online at home against other gamers.”

“Following the success of our Marvel vs. Capcom™ arcade machine™, we heard from fans that they wanted more experiences with their favorite heroes and Marvel vs. Capcom 2 delivers on that in a big way,” said Scott Bachrach, CEO, Arcade1Up. “We’re delighted to exclusively offer this fan-favorite title alongside Arcade1Up’s other Marvel and Capcom offerings, providing players with the ultimate value for their heated face-offs in one machine.”

Sign-ups for notifications for the Marvel vs Capcom 2™ home arcade machine begin today on Arcade1Up.com.  Pre-orders will begin on September 8, 2022 ahead of the retail launch this fall.