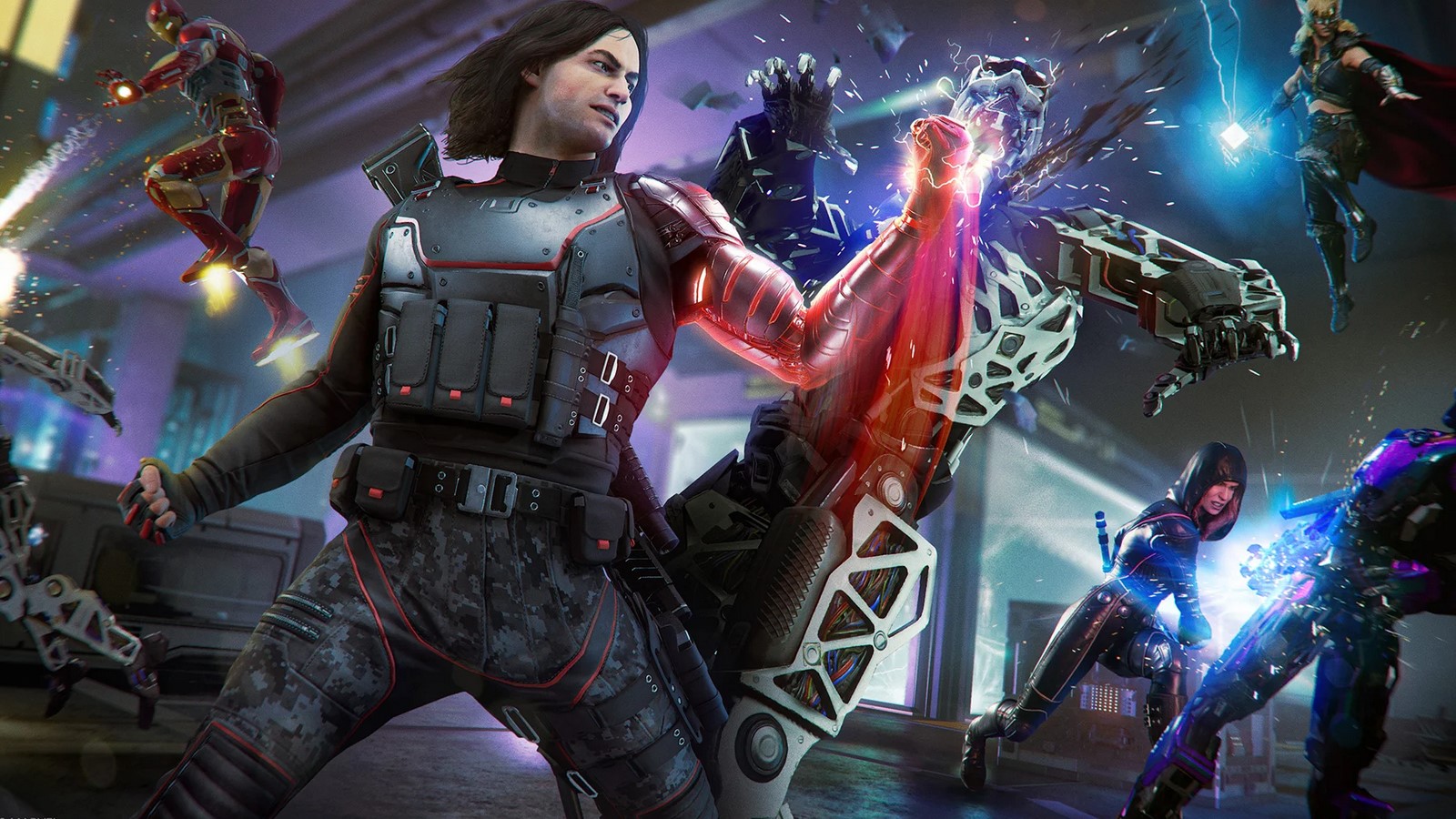 Marvel Avengers has added Bucky Barnes, better known as The Winter Soldier, to its roster of playable characters. Along with the new character comes a slew of updates, including an increased power level cap, a new omega-level threat, and tweaks to the user interface and boss encounters. You can learn more below:

A New Avenger Arrives: Bucky Barnes, a.k.a. the Winter Soldier!

The Winter Soldier is now available for all players. Armed with powerful weapons – from a shotgun to a grenade launcher – Bucky plays as a ranged specialist.

Bucky’s Hero Card is packed with Outfits and consumable items for you to unlock as you level up. Don’t miss out!

MODOK is alive, and he’s planning his next move from AIM’s Cloning Lab in the Utah Badlands. Assemble your Strike Team for this endgame-level challenge, which requires your Heroes to be at Power Level 175 or higher to start and ends with a new boss fight against the mad scientist himself. You’ll need to bring your A-game… MODOK’s learned some new tricks since you defeated him in the Reassemble campaign!

We’ve increased the Power Level cap from 175 to 185! To level up from 175, you’ll need to earn the new gear rewarded for completing the new Omega-Level Threat: AIM’s Cloning Lab.

Some players experienced an issue where Hulk’s ‘Unbearable Might’ and ‘Survival Instincts’ skills would relock when starting certain missions. Loading into missions will no longer lock these skills.

We’ve made a few tweaks to Monica in the ‘No Rest for the Wicked’ boss encounter:

We’ve moved Monica’s spawn in front of the players’ spawn point so Monica will notice them faster, fixing an issue where Monica will shrink herself when turning.

We fixed an issue where Monica’s teleportation VFX and audio can fall out of sync for some players.

Monica can no longer be affected by Spider-Man’s Webbed status, as this wasn’t intended in our mission design.

Spoiler alert! In ‘No Rest for the Wicked,’ Monica’s life bar used to display before players entered the room where they encounter her. We’ve updated the mission so that her life bar doesn’t appear until after players enter the room.