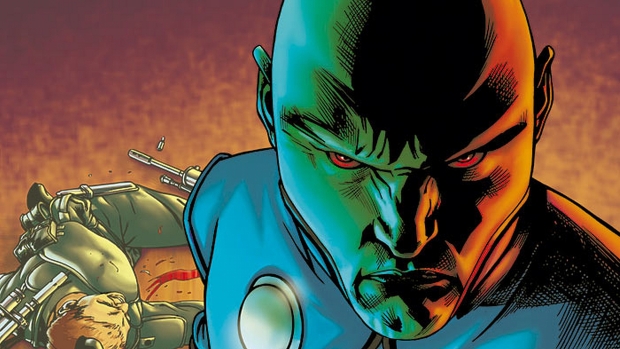 Unsurprisingly, Warner Bros has done a fairly fantastic job in supporting their latest fighting game release, Injustice: Gods Among Us. They’re continuing that trend today by releasing Martian Manhunter as a downloadable character. I’ll be the first to admit that I never got into the lore behind most of these characters, I simply know them based off of hearing their name, but even I enjoyed Injustice quite a bit. NetherRealm knows how to make a fighting game and most importantly, they know how to make one accessible.

The last of his kind, Martian Manhunter was accidentally teleported to Earth where he joined forces with the Justice League. As the he encounters the tyranny of Superman’s regime in the world of Injustice, will he let the Man of Steel reign supreme, or will he join the insurgency and fight for the freedom of his adopted planet?

While I don’t know anything about most of the characters, I’m now an expert on Martian Manhunter. The Martian Manhunter DLC is available now for $4.99 on PSN and 400 MS Points. Along with its release, Warner Bros. also unveiled a trailer showcasing the storied history of Martian Manhunter and that can be found below.