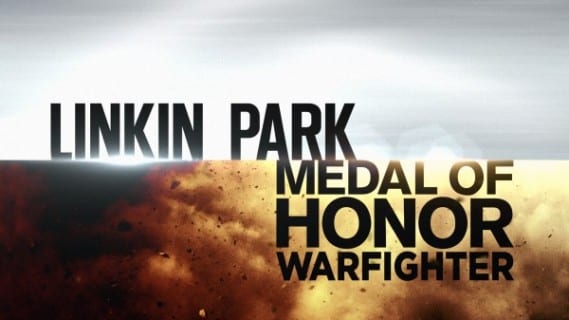 Well that didn’t take long, did it?   True to their word, after the demo hit the required amount of downloads Danger Close has released the video debut of Linkin Park’s “Castle of Glass” music video with heavy emphasis on Medal of Honor Warfighter contained therein!  If you are military or ex-military, this video will absolutely resonate with you with its themes of honor and sacrifice.  Even if you aren’t a fan of Linkin Park, it’s a solid piece of work.   This entry to the series has become one of my more anticipated titles after my experiences with the last game, and it’s just around the corner.

Written by actual U.S. Tier 1 Operators while deployed overseas, Medal of Honor Warfighter is set to deliver this year’s most authentic military shooter experience inspired by real people, real places and real operations. From rescuing hostages in Abu Sayyaf’s stronghold in the Philippines to assaulting Al-Shabaab’s “Pirate Town” on the Somali Coast, Medal of Honor Warfighter puts players in the boots of today’s most highly trained and skilled warriors to experience missions that have an intense sensory connection to real world terrorist threats. Powered by the ground-breaking Frostbite™ 2 engine, Medal of Honor Warfighter features genuine international hotspots in the single player campaign and introduces international Tier 1 Operators from 10 different nations in multiplayer allowing players to show their national pride online.

My primary complaint with the previous game was related to the engine not being able to keep up.  Now that they are using Frostbite 2, that shouldn’t be an issue.   Medal of Honor Warfighter ships on PC, Xbox 360, and PlayStation 3 on October 23rd.   Look for my review on or about that date.  Enjoy the video!