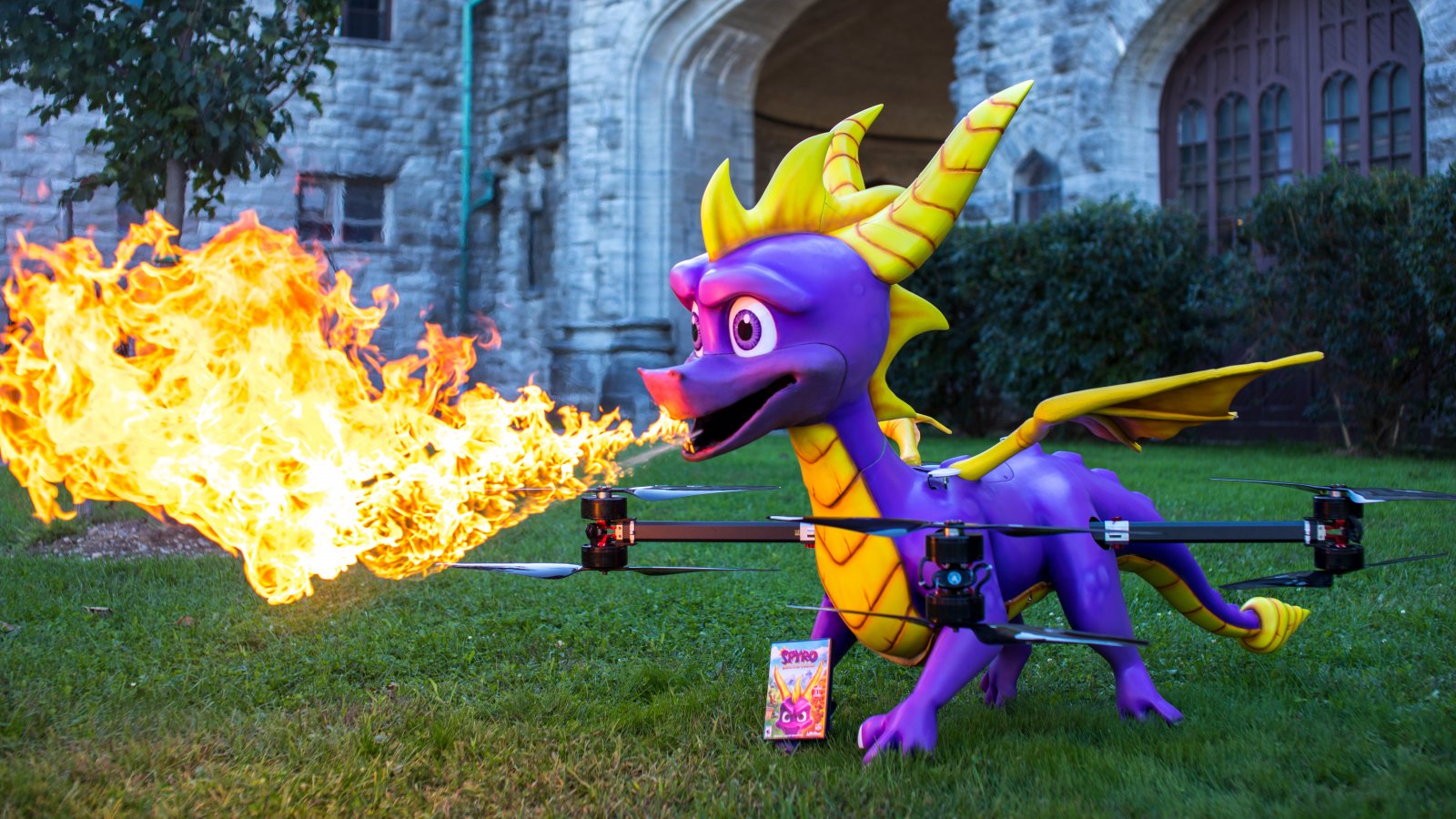 Look up in the sky these next few weeks, a life-sized, fire-breathing Spyro drone will be soaring over the country in celebration of the launch of the Spyro Reignited Trilogy. While the game won’t be released for another two weeks, the cross-country adventure will begin today at “Stone Hill” near New York City and will be documented on Spyro’s social media channels.

“We can’t wait for fans to see this awesome fire-breathing and talking Spyro drone and encourage everyone to have their phones ready to catch Spyro on his journey,” said Michelle Fonseca, Senior Product and Marketing Director, Activision. “Spyro the Dragon is such a pop culture classic and we’re thrilled to bring this beloved character to fans for the launch of the newly remastered series, Spyro Reignited Trilogy.”

The Spyro drone will be flying around landscapes that look similar to those found in the Reignited Trilogy around the country. Not only will he bring fire, but he will also speak iconic lines from the series. Later on in the tour he will run into an old friend, Snoop Dogg.

During the U.S. tour, two icons will connect when Spyro delivers an early copy of Spyro Reignited Trilogy to entertainment icon, Snoop Dogg. Excited as ever to be reunited, both will be dropping the same sick burns they had back in the day. The socially-connected Spyro drone will share Instagram stories, tweets and posts of the two O.G.s catching up on Spyro’s social media channels.

The Spyro drone starts soaring across the country today, so keep an eye on the sky. Spyro Reignited Trilogy will be released on PlayStation 4 and Xbox One on November 13th, 2018 for $39.99. To see our latest hands-on preview of the game, check it out here.