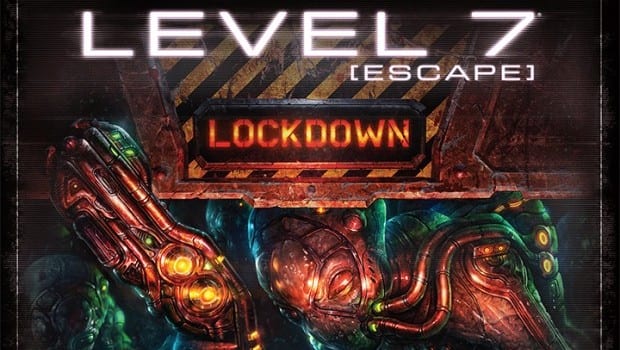 Survival horror has been a staple for video gamers for quite some time, with such series as Resident Evil, Silent Hill, and Fatal Frame.  Plenty of board games feature zombies, but Arkham Horror is probably the most well-known survival horror board game out there.  Privateer Press entered the genre last year with Level 7 [Escape], and now they have announced the expansion Lockdown.

“Lockdown expands the story that began in LEVEL 7 [ESCAPE] while also adding additional gameplay options to create a whole new experience. These include all-new scenarios as well as enhancements to the base game’s original scenarios,” said William Shick, Director of Business for Privateer Press. “LEVEL 7 [ESCAPE]: Lockdown makes surviving Subterra Bravo more challenging, more terrifying, and of course even more fun than before.”

I like it when games come out with expansions, because it means that the game was successful and if I like it well enough, I get to add more stuff to it.  They are also aiming for a respectable price point for the expansion.  If you like your horror with a sci-fi twist, then you might want to check out Level 7 [Escape].  Just be sure to bring some friends.