It seems everyone wants a piece of the Nintendo Direct pie, as independent publisher Ratalaika Games has announced its slate of console releases for visual novels this year via a familiar video formar. From established classics like Long Live the Queen to recent releases like Summer with the Shiba Inu, there’s something for any type of visual novel fan. In fact, for those that want some reading goodness right now, Syrup and the Ultimate Sweet is available on consoles today.

Aside from the aforementioned Syrup, there are six other titles coming to digital console shelves this year.

Being a princess is not an easy job. Being a Queen is even harder. Especially when you’re only fourteen years old, and the reason you’ve inherited the throne is that your royal mother has just met an untimely end.

Now power is up for grabs. You may be the official heir, but much of the country’s nobility would love to steal the throne for themselves. Aggressive neighbors will take advantage of any weakness to enlarge their borders at your expense. And that’s not even mentioning the magical dangers which are lying in wait…

Can you survive long enough to reach your coronation? 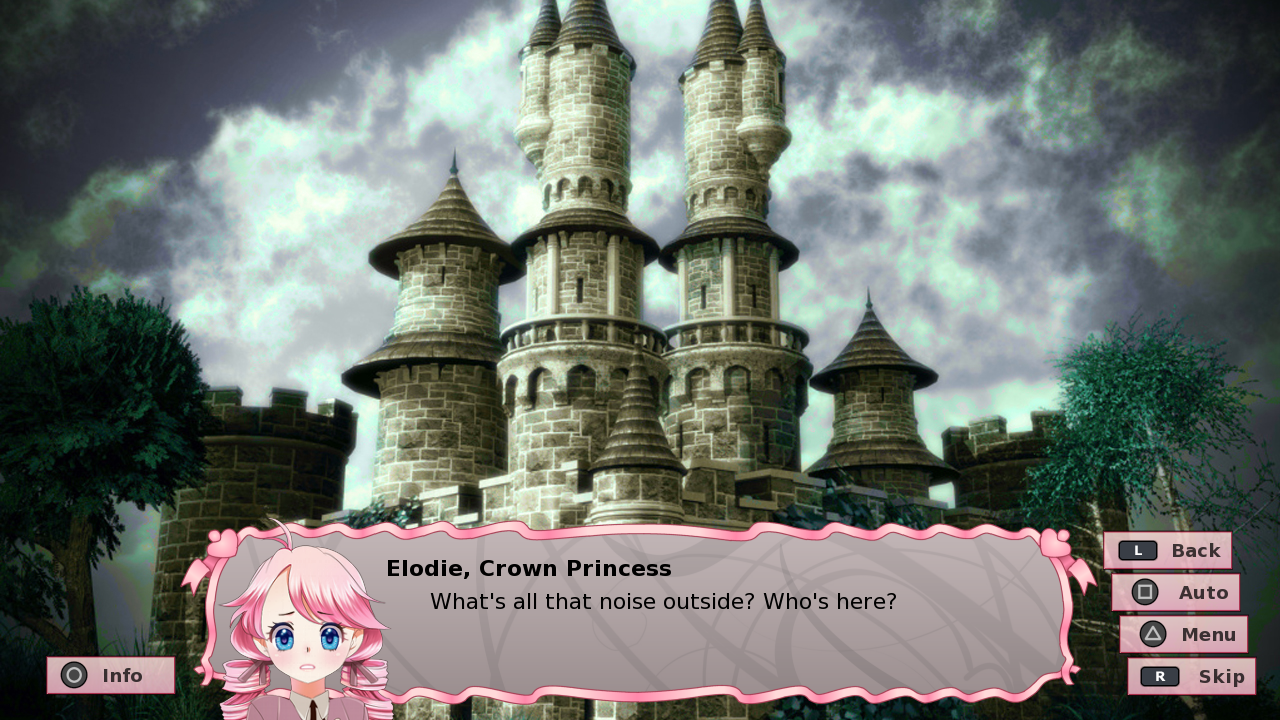 Developed by Hanako Games, Long Live The Queen is a cult classic princess raising simulator, originally released on Steam in 2013! Ratalaika Games’ is pleased to announce that Long Live The Queen will be ported to PlayStation 4, Xbox One, and Nintendo Switch later this year!

As the nephew of a retired super villain, there’s nothing Keegan wants more than to become one himself — and what better way than to join the League of Evil? All he needs to do is commit a crime to complete his application.

Unfortunately, Keegan soon finds himself in more trouble than he could have ever imagined when his plans are interrupted by a couple of spies from opposing agencies.

Pick choices that drastically change the story. Will Keegan’s plans be thwarted or allow him to be successful? 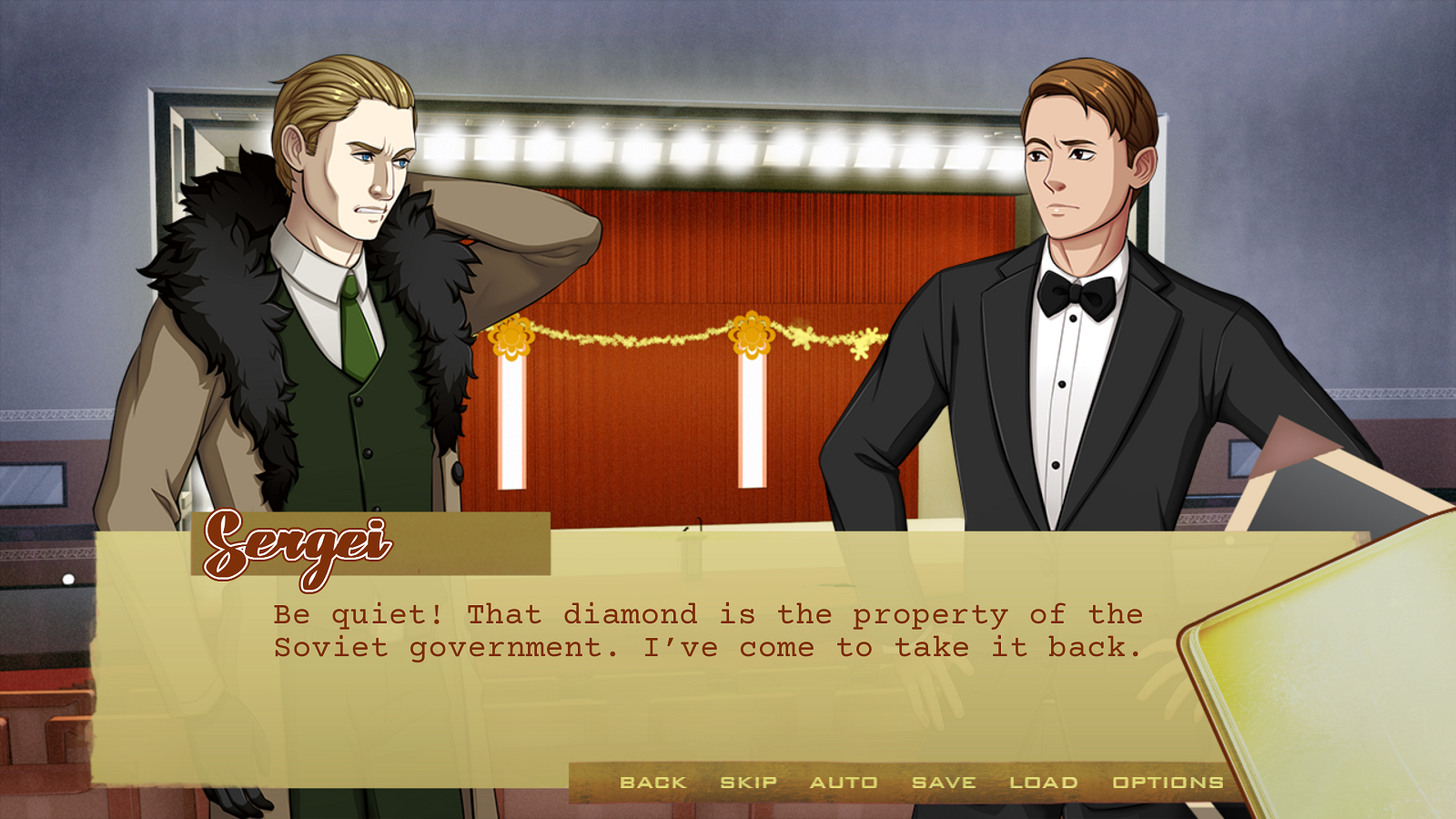 Developed by Man-Eater Games, Blind Men is a boys’ love visual novel set in a light-hearted parody of spy fiction. Will Keegan join the League of Evil or be thwarted by suave spies? Ratalaika Games’ is pleased to announce that Blind Men will be ported to PlayStation 4, Xbox One, and Nintendo Switch later this year!

After the discovery of a mysterious portal, you are selected as one of the few humans to travel to the world of dragons. While you serve as an ambassador, you learn more about this strangely familiar place, and discover that your human colleague knows more than he’s letting on…

It will be up to you and the friends you make to uncover the conspiracy that threatens the newly discovered world – and in the process, you may even find love. 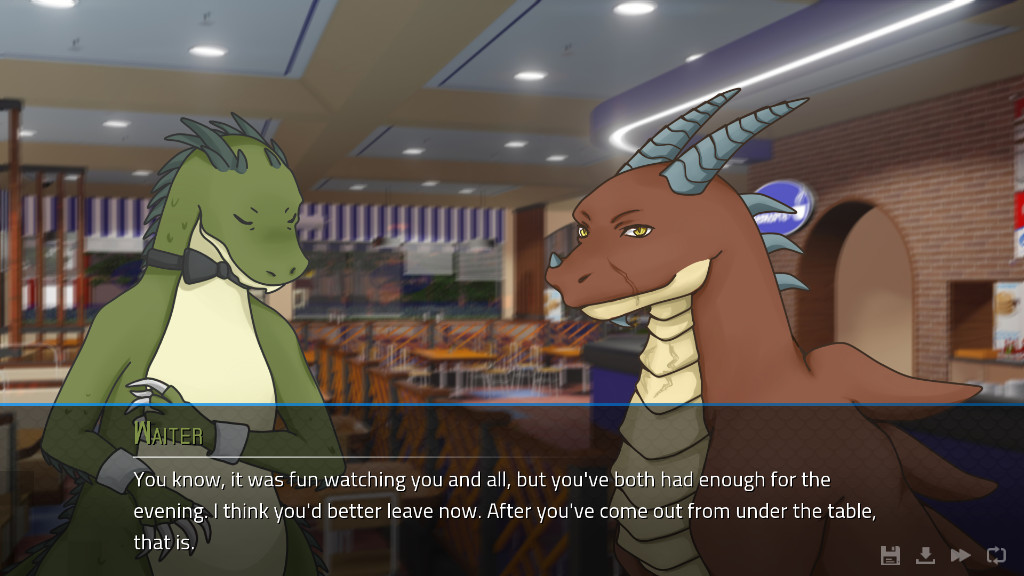 Developed by Radical Phi, Angels with Scaly Wings tells a surprising tale of a human visiting a world populated by dragons as an ambassador from Earth. Explore this new world with various secrets and mysteries. Ratalaika Games’ is pleased to announce that Angels with Scaly Wings will be ported to PlayStation 4, Xbox One, and Nintendo Switch later this year!

A Summer with the Shiba Inu

When Syd the Shiba Inu returns to Shiba Island after a ten-year absence, she sets off a chain of events that overturns the lives of all the dogs she had left behind. She gets back in touch with her old friend, Max, and along the way meets a mysterious Labrador retriever named Quei-Li. (What’s a Lab doing on the Island, anyway?) They are her only remaining allies as she tries to survive the past that made her leave the Island in the first place.

Your choices matter – there are multiple drastic ways to change the fate of Shiba Island, with 10+ variants depending on how you treat the dogs you meet along the way. 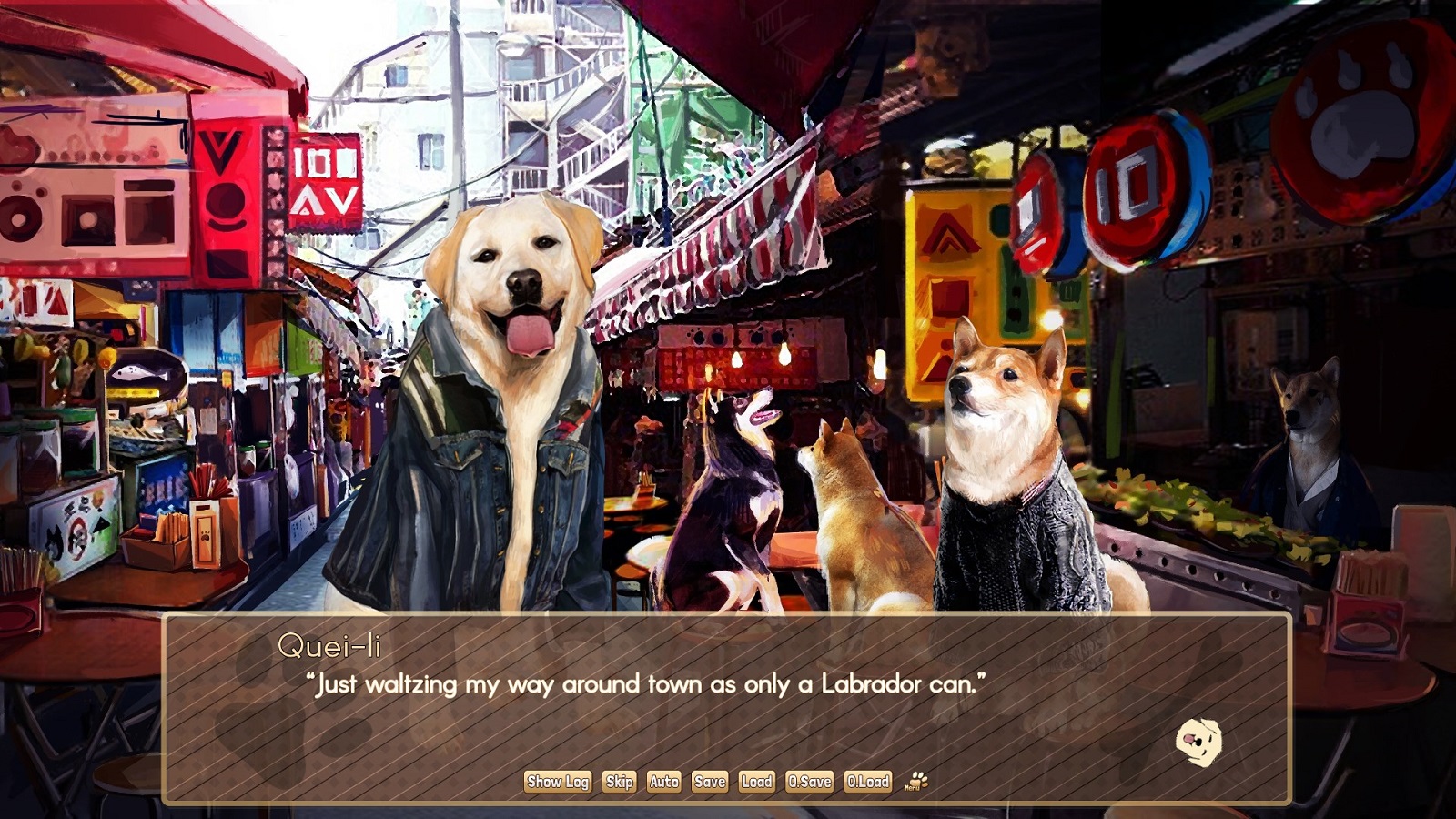 Developed by Quill Studios, A Summer with the Shiba Inu is a visual novel with interactive, meaningful choices. There are multiple drastic ways to change the fate of Shiba Island, will you be a good pupper or a bad dog? Ratalaika Games’ is pleased to announce that A Summer with the Shiba Inu will be ported to PlayStation 4, Xbox One, and Nintendo Switch later this year!

Tales of Aravorn: Seasons of the Wolf

Tales of Aravorn: Seasons of The Wolf is an RPG set in a fantasy world, you’ll play as Shea or Althea, twins from the far-away village Ninim. In just the course of one year, you will experience many storylines and side quests; situations and events where your own choices influence the game. 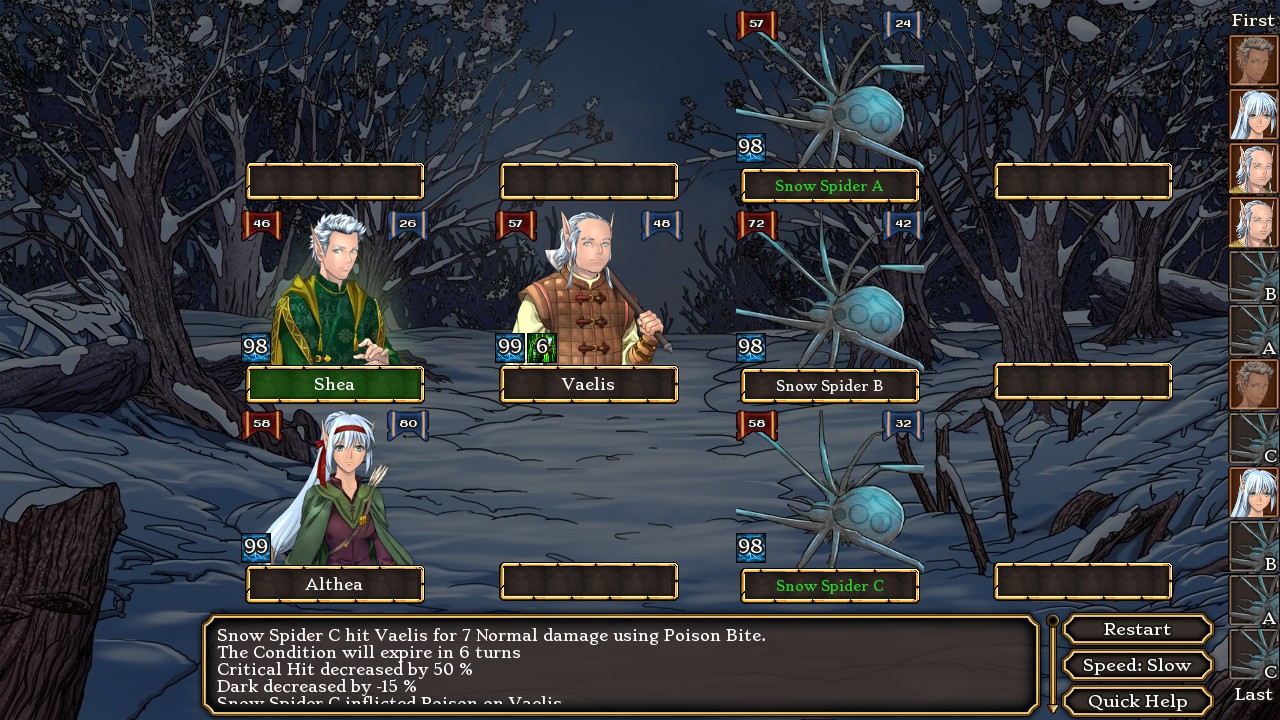 A teenager with no name and no home wanders from one city to the next, burdened by the weight of his extraordinary ability. When he is accused of murdering a woman he’s never met, he sets out to prove his innocence and find the true killer. The investigation quickly takes a turn for the complicated when a strange voice appears in his head, warning him to watch his step.

Search for clues, interrogate witnesses, and find a murderer. Even with your extra abilities, it will still take solid facts and logic to prove your innocence! 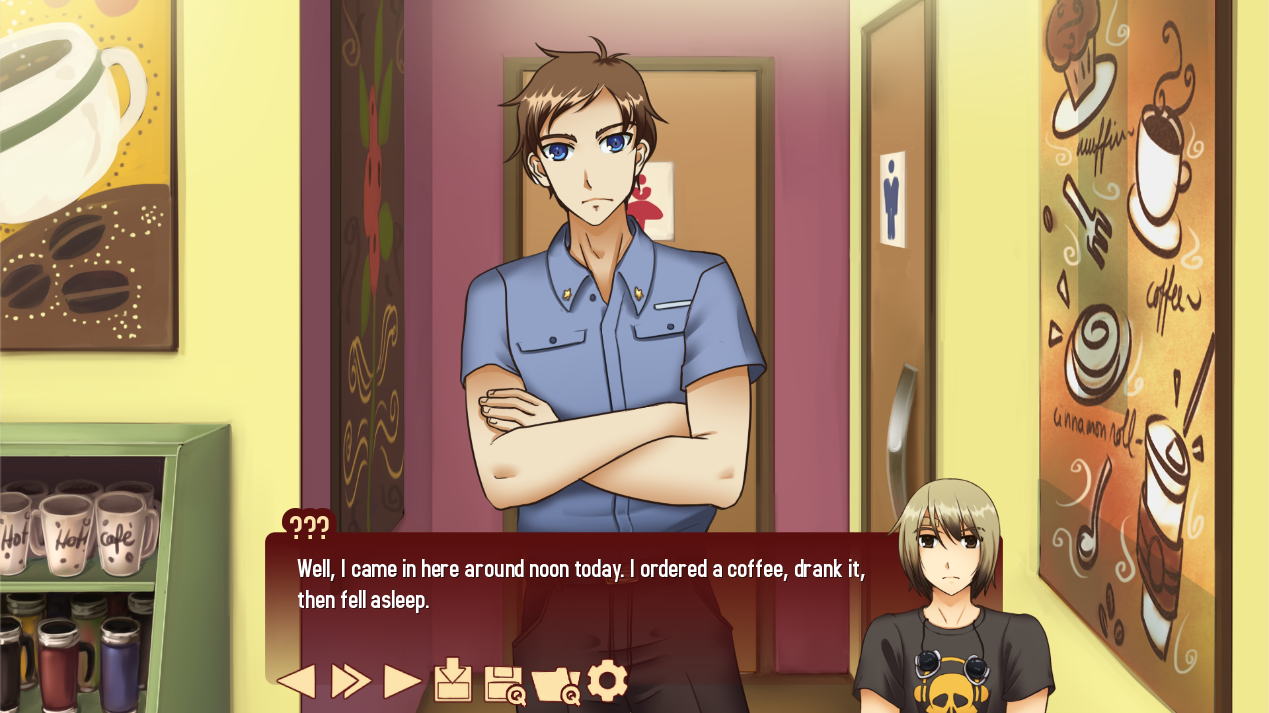 Check out the Showcase above, and stay tuned for more news here on Gaming Trend.