Are you ready to kill those undead Nazis again? Rebellion has announced that its shooter Zombie Army 4: Dead War will be available for Google Stadia on May 1, featuring all previous DLC and an upcoming campaign mission. In addition, the game will be free for all Stadia Pro subscribers, which also coincides with a free month of Stadia Pro.

Rebellion’s cult horror shooter will be FREE for Stadia Pro subscribers when it launches May 1. Stadia Pro is FREE for another month, so there’s no better time to try it out and send Hitler’s rotting hordes back to hell.

Take on Transylvanian undead and SS cultists in the nerve-shredding second chapter of the “Hell Cult” mini-campaign. Break into an abandoned castle, unravel mysteries of the occult and drill deep into the crypt’s darkest secrets.

Blood Count launches on all platforms, including Stadia, soon… 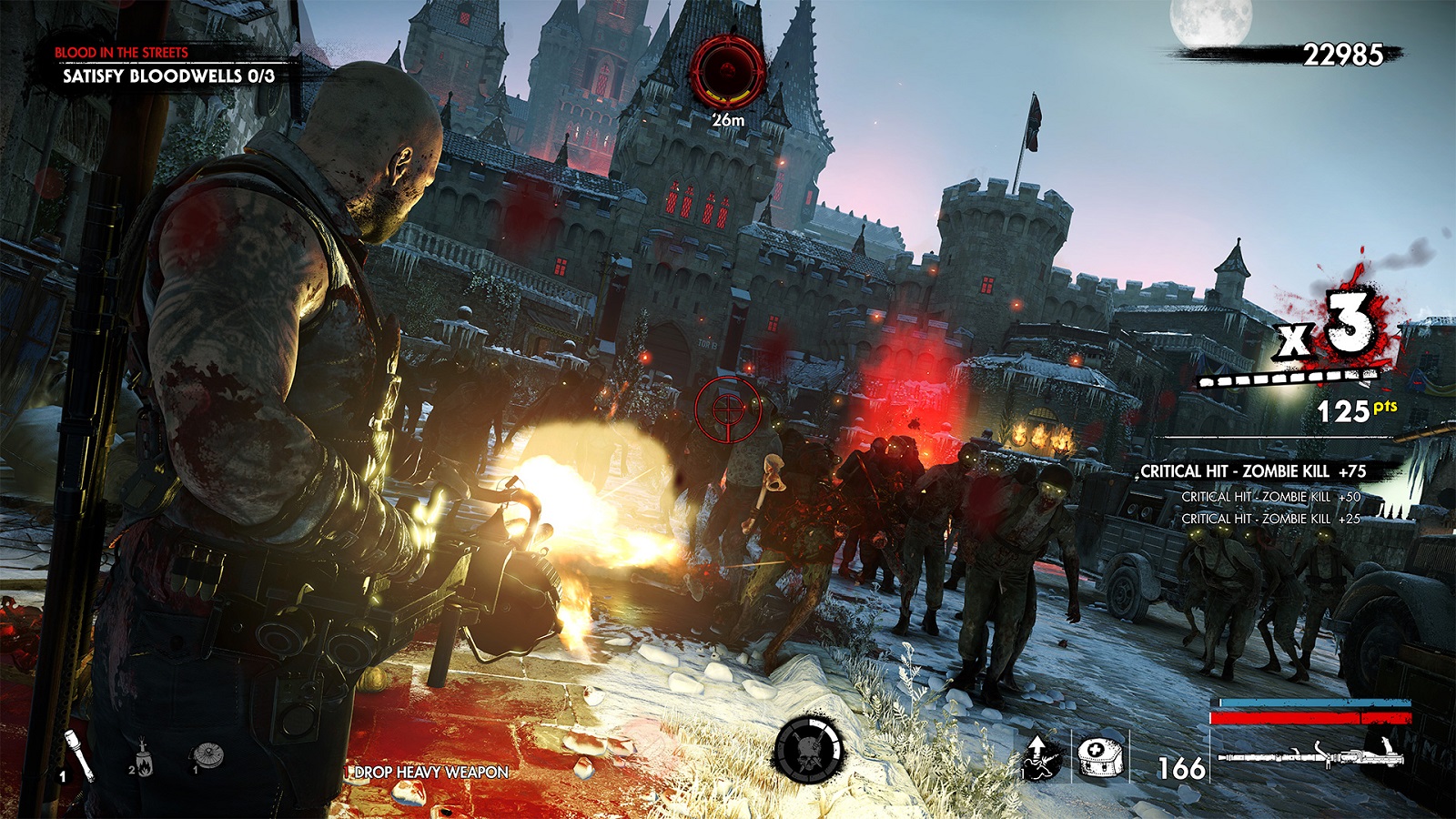 BITE INTO EVERYTHING ON STADIA

The year is 1946. Europe lies in ruins, torn apart by “Plan Z.” The zombie Führer has been cast into Hell but Hitler’s hordes are back for more!

Stadia players can look forward to:

▪ A harrowing Story Campaign for 1-4 players

▪ Huge new levels across Southern Europe and beyond…

▪ Gorge on the goriest X-ray Kill Cam ever

▪ The return of Horde Mode – bigger, better and tougher!

Check out the trailer above, read Codi’s review of the original game, and stay tuned for more news here on Gaming Trend.