In a mid-season event called Knockout City Heroes, Knockout City is getting a limited time playlist that grants one of seven super powers to players each time they spawn in.

The super powers range from allowing players a double jump, to letting players see and target other players through walls. Here is a full list of powers with accompanying descriptions: 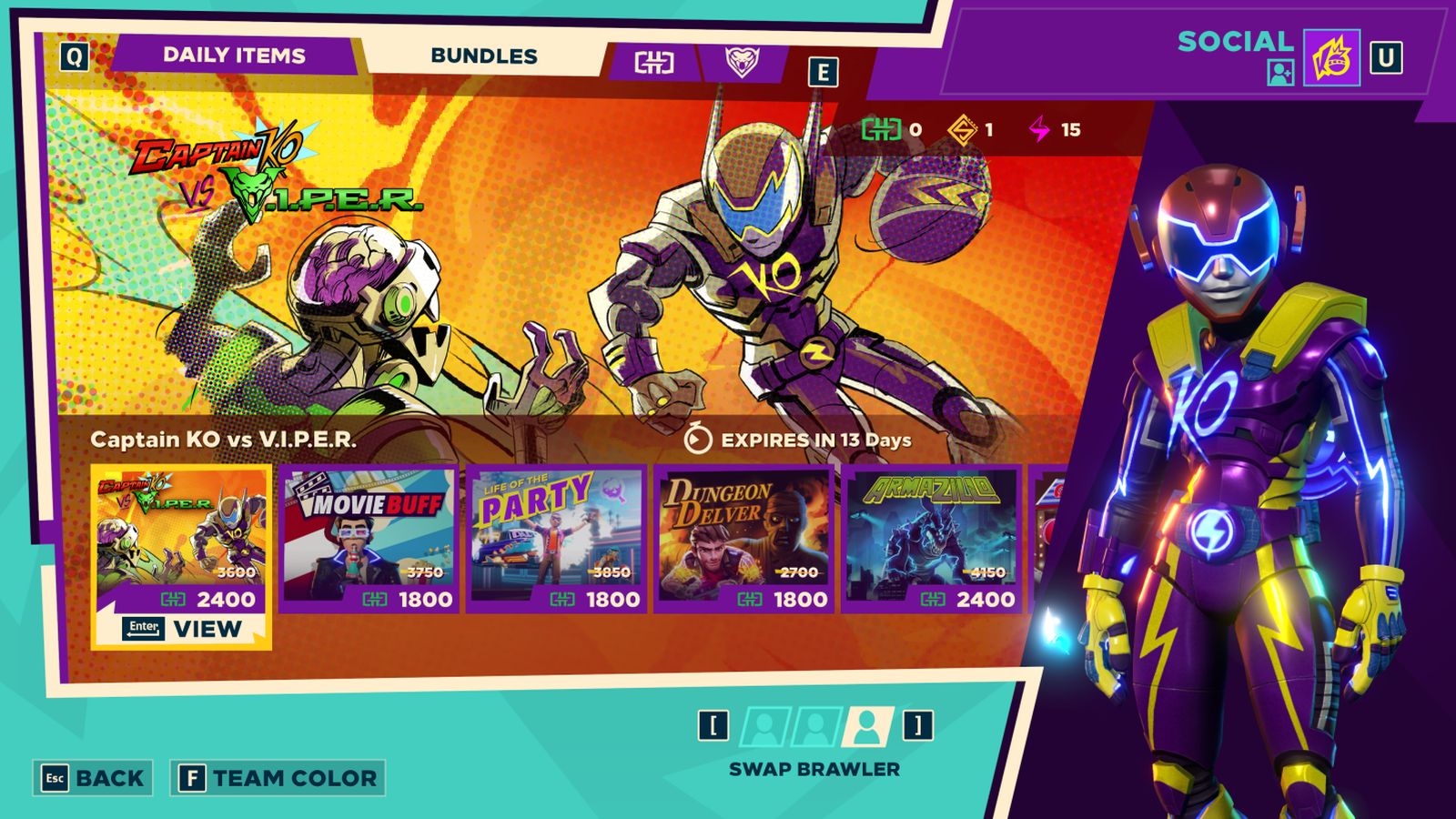 This event will also bring 14 new Hero Contracts for players to complete. 13 of those will grant 75 Power Crystals each which can be used to purchase limited time items in the Hero Shop. Additionally, the Hero Bundle can be purchased for 2400 Holobux, or about the equivalent to 24 real dollars.