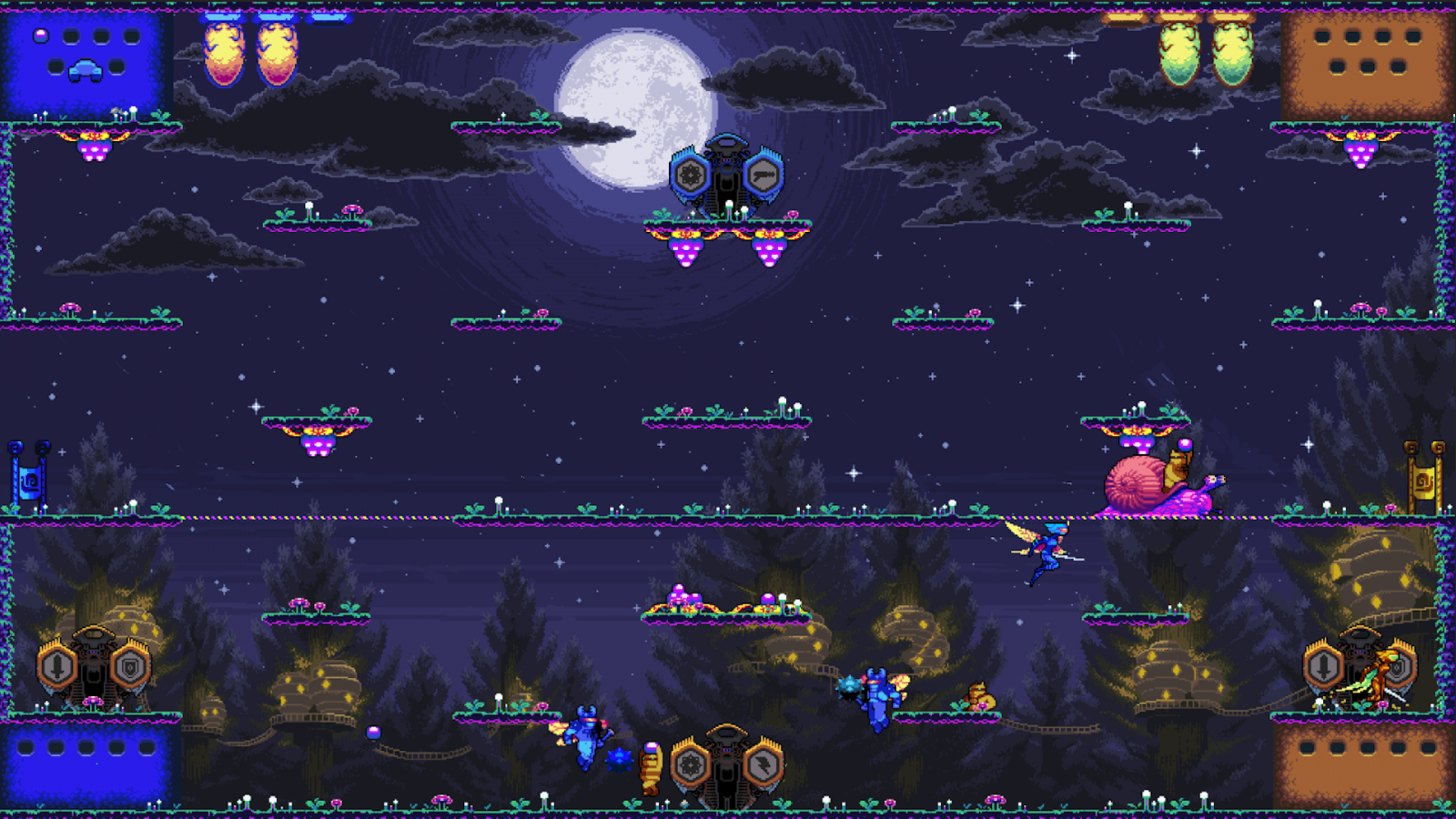 Eight-player arcade action platformer Killer Queen Black will be receiving a special retail version with themed controller skins for Nintendo Switch and Xbox One when the game is released this Fall. Pre-orders are currently available for this physical edition.

Inspired by the arcade esport phenomenon Killer Queen, Killer Queen Black harkens back to its arcade roots with a Glam Rock-inspired 16-bit pixel art style and rocking ‘80s metal tunes to match. Players battle for the hive online in two teams of four (Gold versus Blue), comprised of one Queen and three Workers, and can face opponents from other platforms with full cross-play across Nintendo Switch, PC, and Xbox One.

Killer Queen Black introduces the new Black team, recognizable by their special, glowing outfits. Any team that faces and triumphs over the Black team dethrones them and takes their place on the stream. These relentless competitions will be constantly streamed online to spotlight skilled gameplay and keep the buzz going around the coveted Black team position. 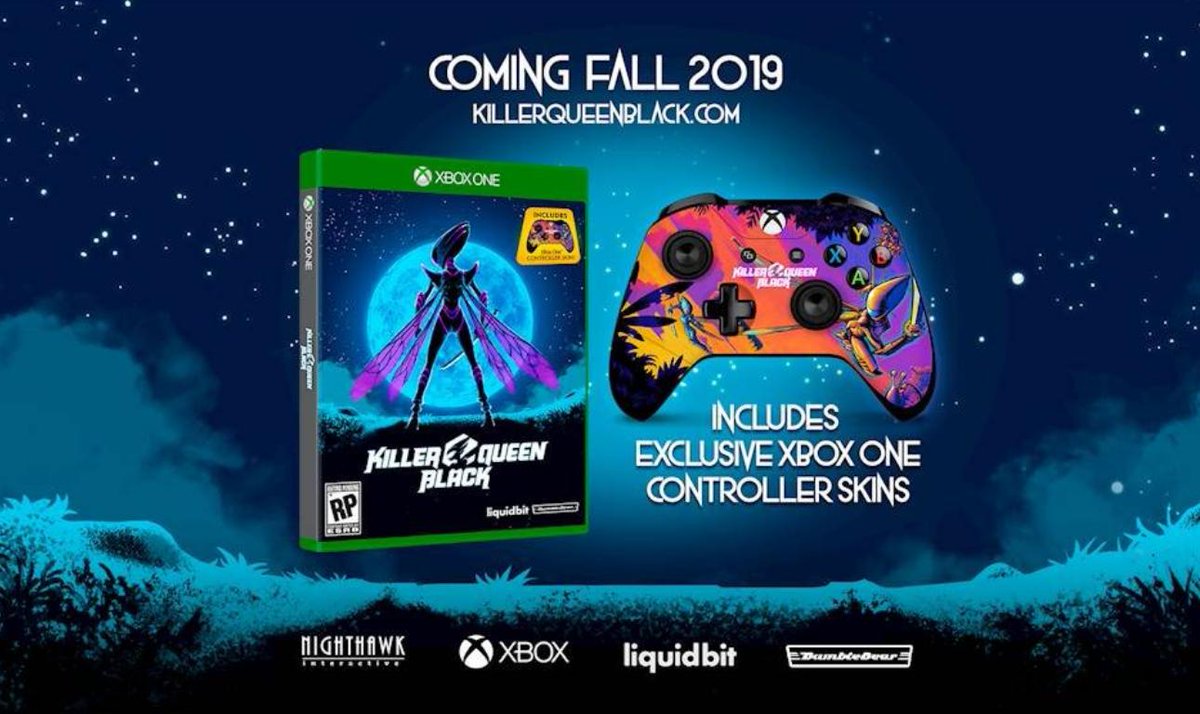