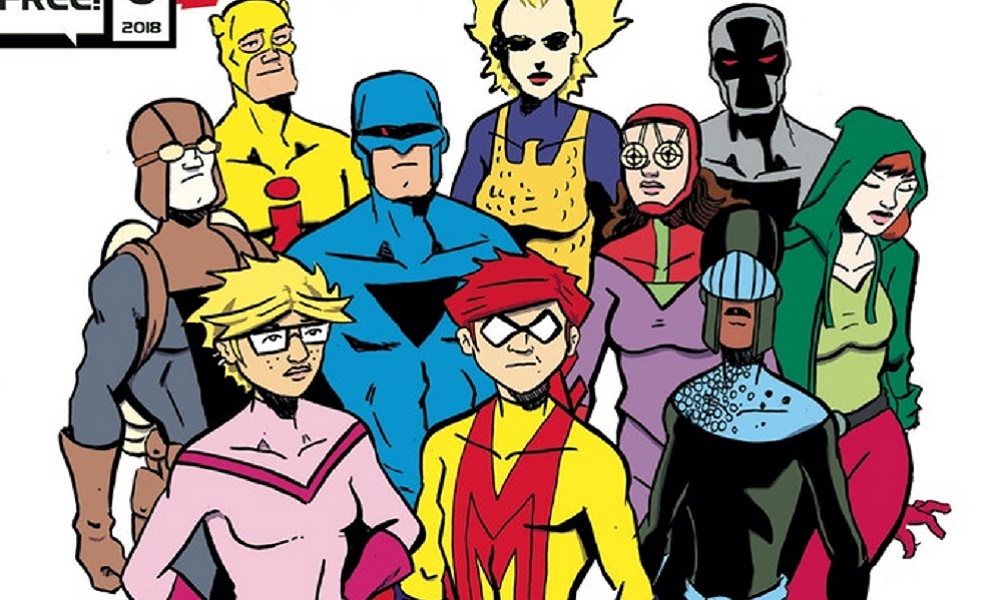 Newsprint is still alive and kicking, as Alterna Comics announced a new Kickstarter campaign for a new issue of the superhero comic Amazing Age. Running until March 14, the company hopes to raise $3500 in order produce enough issues for a Free Comic Book Day release in May.

The creators of Amazing Age explain their predicament in the Kickstarter campaign:

We had submitted this issue for Free Comic Book Day but it was unfortunately rejected. Newsarama reported on what had occurred and after talking with the AMAZING AGE creative team (and after hearing from hundreds of disappointed readers and retailers), we all decided that the issue still deserved to see the light of day.

So now here we are!

With your help, AMAZING AGE #0 will go to print and get into dozens of comic shops in time for Free Comic Book Day (the first Saturday of May). We’re looking to raise $3500 — here’s how it breaks down:

This is the minimum we would need to produce the comic and get it to backers and retailers as well as get funds to the creative team for their hard work on the issue.

An early bird tier is offered at $5, which includes a copy of the Amazing Age #0 comic, with higher tiers offering more Alterna Comics goodies. Stay tuned for more news here on Gaming Trend.