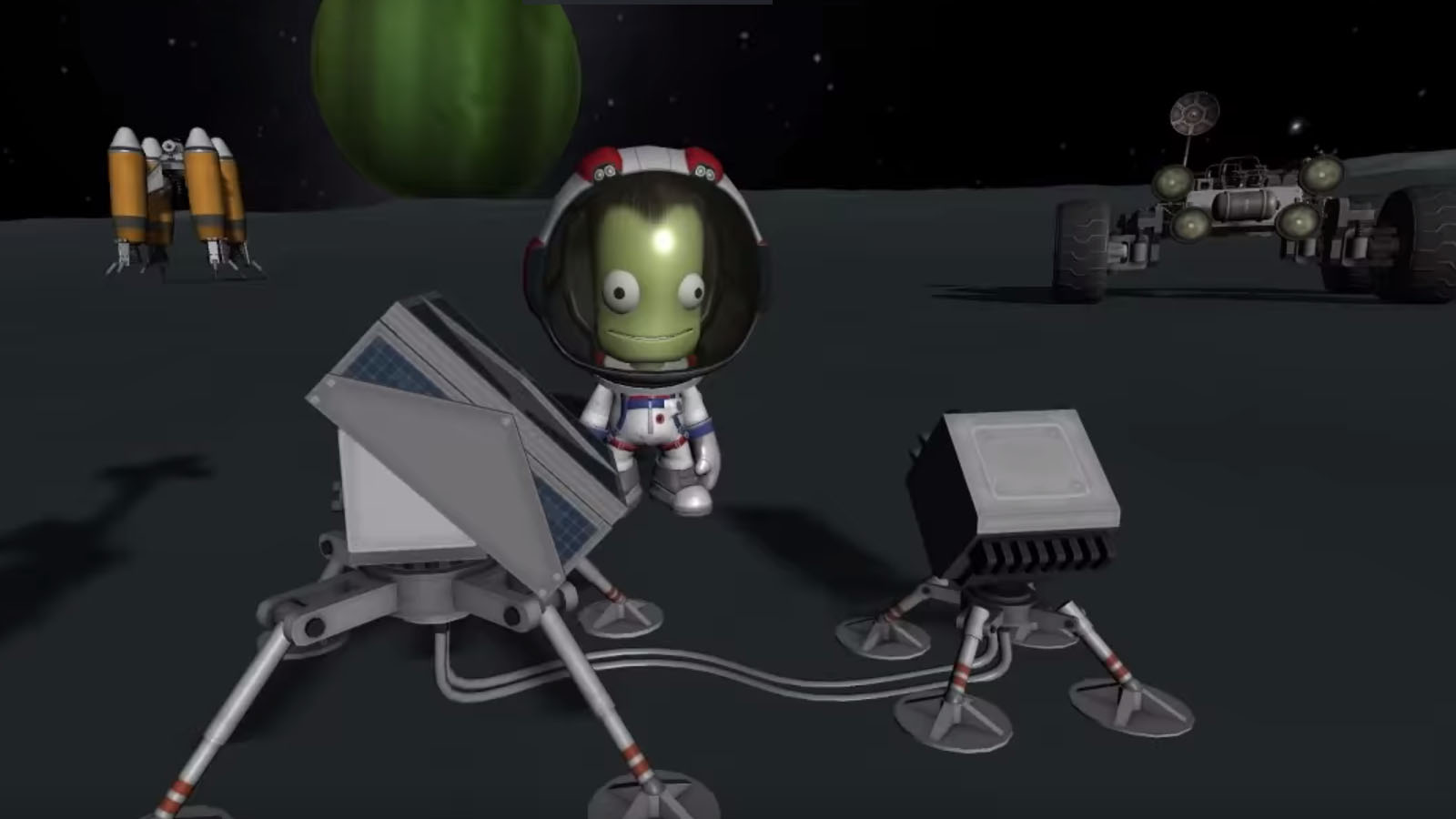 Private Division has announced that on December 5th the anticipated expansion Kerbal Space Program: Breaking Ground Expansion will be released. The game will retail for $14.99 and will be available on PlayStation 4 and Xbox One.

In Breaking Ground there has been a number of updates to celestial bodies with revamped and redesigned landscapes. Players will see a host of new and interesting surface features to find like the plumes emerging from a cryovolcano on Vall to the craters on Moho. There are plenty of new discoveries to be made! In the expansion, players can study these new formations, craters, and minerals which will reward them with insightful scientific data to further their reach in the solar system.

To maximize these discoveries, the Kerbals have devised a variety of new scientific tools to help understand the mysteries of the galaxy. Players will utilize new deployed science tools such as a Rover Arm to collect minerals, seismometers to study geological shifts, and measure atmospheric changes with weather stations.

Kerbal Space Program: Breaking Ground Expansion will also provide brand new robotic parts that will allow for even more complex crafts and vehicles than ever possible before in the Kerbolar system. Players will have rotors, hinges, pistons, and more in a variety of sizes that all provide advanced motor functions with limitless potential and the definite possibility of hilarious explosive failures along the way.

Stay tuned to Gaming Trend, your one source for all your gaming news.