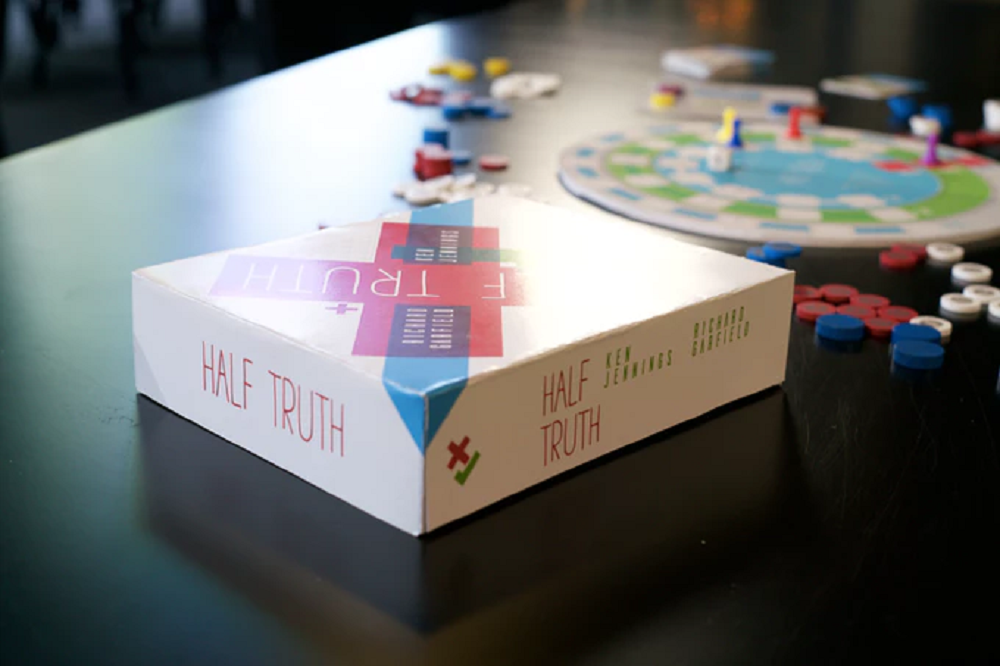 Magic: The Gathering creator Richard Garfield and Jeopardy! world record winner Ken Jennings have teamed up to bring a new board game, Half Truth, to Kickstarter. The game is a trivia based board game where each card has six possible answers, three right, and three wrong, and players have to place bets on answers they believe are correct.

Half Truth is a party game for all ages and people, created by legendary game designer Richard Garfield and 74-time Jeopardy winner Ken Jennings. With art by well-known artist Ian O’Toole, the game comes with 500 trivia question cards and each card has a category on it, like “Animals with blue tongues.” There are six possible answers, three right and three wrong, and players have to place bets on answers they believe are correct. Players are usually surprised by how well they do. We’re all smarter than we think.

Half Truth will contain 1 game board with 3 separate tracks, 500 playing cards, 6 player pawns, 36 player tokens, 1 victory token, and 1 custom die. The Kickstarter campaign is now live and will run until September 20th, 2019 with a $10,000 goal. To pledge to the campaign or learn more information about it, visit the game’s Kickstarter page.