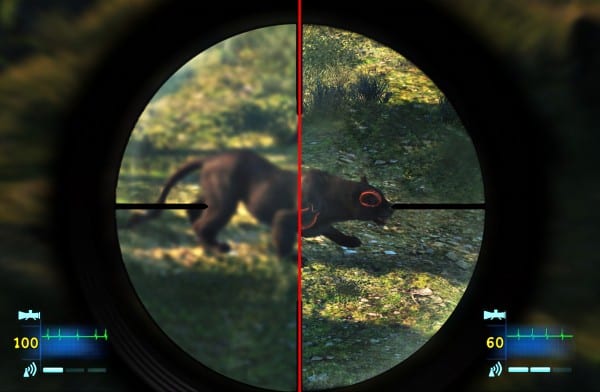 The release of Cabela’s Dangerous Hunts 2013 is just around the corner, and with the promise of some extreme critter huntin’ on the horizon, Activision has proudly announced a brand new game controller made specifically for the new release: the Top Shot Fearmaster.

Every hunter knows the importance of keeping your cool when the hunt is on, and the Fearmaster has two built in heart rate sensors and an infrared camera solely for the purpose of measuring how calm the player is. If a player’s hands are shaking and his heart rate is elevated, the screen becomes blurry, increasing shot difficulty. If you have a cool hand and a steady heartbeat though, the sensors recognize this and make the target’s vitals visible.

The Top Shot Fearmaster is powered by unique sensor fusion technology that merges input from a heart rate monitor and an infrared camera. The software searches for specific breathing-induced patterns in the player’s heartbeat and correlates them with hand stability to determine the player’s focus level and how likely they are to line up the kill shot.

Cabela’s Dangerous Hunts 2013 will be available with the Top Shot Fearmaster for Xbox 360, Playstation 3, and without the Fearmaster for Wii on October 23rd.