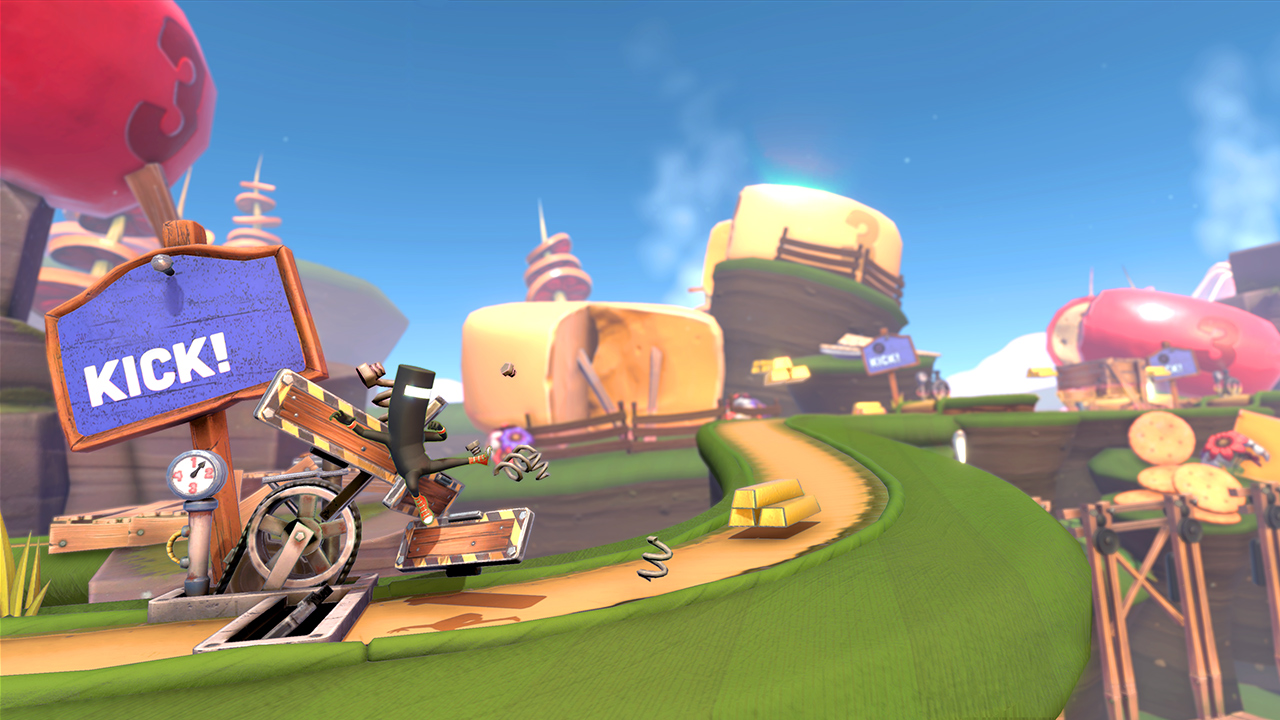 Get your running shoes ready, as Nicalis has announced the release of Choice Provision’s Runner3 exclusively on the Nintendo Switch. The game is available now digitally and physically, and features a great slew of guest characters, including one familiar face.

In addition to the unflappable main character who is simply known as CommanderVideo, Runner3 includes several surprising playable guest stars, including Shovel Knight and Eddie Riggs (from Brütal Legend). The legendary Charles Martinet performs double duty in the game as both a playable character and the narrator.

Runner3 includes many wonderful features that are new to the series, like branching paths, item shops and vehicles that players can take for a spin. The game also offers new playable characters, new gameplay modes, new moves and an assortment of Hero Quests and Retro Challenges.

Published by Nicalis and developed by Choice Provisions, the physical release of Runner3 on Nintendo Switch is rated “E10+” by the ESRB and is available now for $39.99 MSRP. The launch edition includes the game card, a full-color instruction booklet, a soundtrack sampler mini CD and a CommanderVideo character strap that lights up.