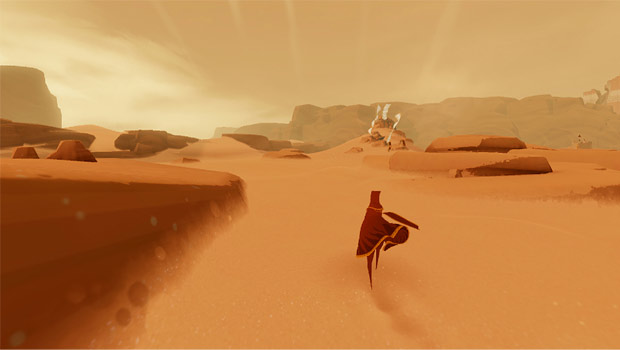 It appears that thatgamecompany’s much-beloved PlayStation 3 title Journey is coming to PlayStation 4.

On Sony’s Gamescom event site Sony had posted a list of titles that would be playable at the event in August. Among the list of PlayStation 4 titles was none other than Journey. The list was promptly removed, but not before it was copied down and spread across the internet.

Recently it was reported that thatgamecompany had acquired $7 million for its follow-up to Journey. The game will be the studio’s fourth title, and will be the first outside of the company’s three game deal with Sony, so it’s unknown just what platform it will come to.