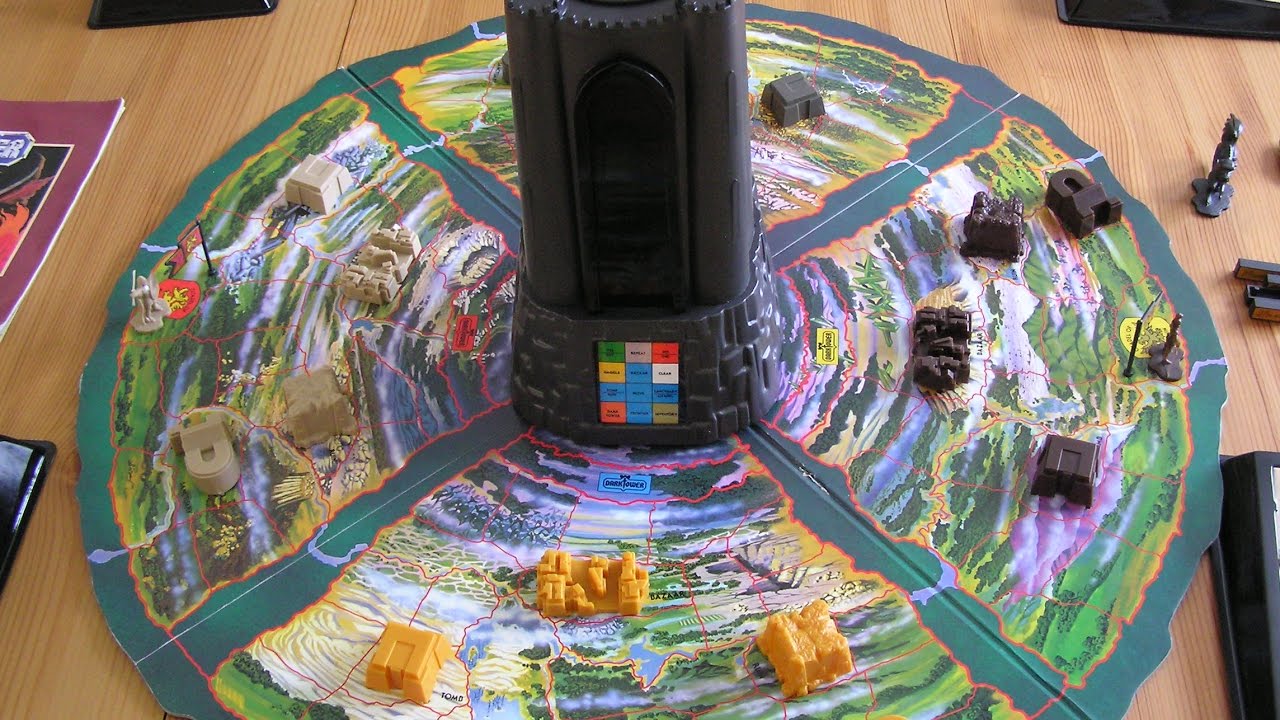 Today at Gen Con, Restoration Games announced that it plans to release an updated version of the 1981 game Dark Tower, with a Kickstarter campaign announced for next year. The game will have a tentative release date of 2020, with Return to Dark Tower containing core elements of the original with some new mechanics to match today’s technology.

The original Dark Tower was one of the most requested games for Restoration Games to bring back. It was the “hot toy” from 1981, with the fervor being fueled by a deliciously cheesy television spot starring Academy Award winner Orson Welles, in which he heroically intoned: “The battle was joined, and I was victorious”. Taking center stage in the game—literally—was the titular tower. The 10-inch-tall plastic tower housed what was a sophisticated electronic device for the time. Players moved around the circular board, gathering resources and fighting monsters, before making a final assault on the horde of brigands that lay within. All the while, the electronic tower generated encounters, ran the bloody battles, and even haggled with players in the bazaar through a series of bleeps and flashing LED numbers on the screen.

“For its time, Dark Tower was a technological marvel and the very embodiment of spectacle,” said Restoration Games president, Justin D. Jacobson. “We always approach a restoration by asking: What is the soul of the game? For Dark Tower, no question, it was that cutting-edge gizmo fused with a grand fantasy setting. We know we’ll have to do something that will blow today’s gamers away.” They did not comment on what technological advancements would be in the new game other than to say that they were looking to “push the envelope for what board games can do”.

“Two things drew me to this project,” Childres said. “First of all, I could not pass up a chance to work with Rob, a giant in the industry. And second, I was intrigued by the use of technology to enhance the telling of epic, branching narratives in a board game.”

Daviau and Childres—along with Jacobson and Restoration’s Tinker-in-Chief, J.R. Honeycutt—have been working behind the scenes for months to develop the core game mechanics. The game strives to provide players with interesting choices about which quests to pursue, how to best use resources to keep the growing evil in check, and when to make that final decision to assault the tower. Jacobson revealed that, while the game is still early in development, one of the reasons for the announcement’s timing was to allow them to do significant playtesting without fear of the story leaking.

They did reveal the new version of the game would be cooperative. “We always believed that, had it come out today, Dark Tower would have been a cooperative game,” said Daviau. “The real threat is that imposing tower. It will take all of the players working together to defeat it.”