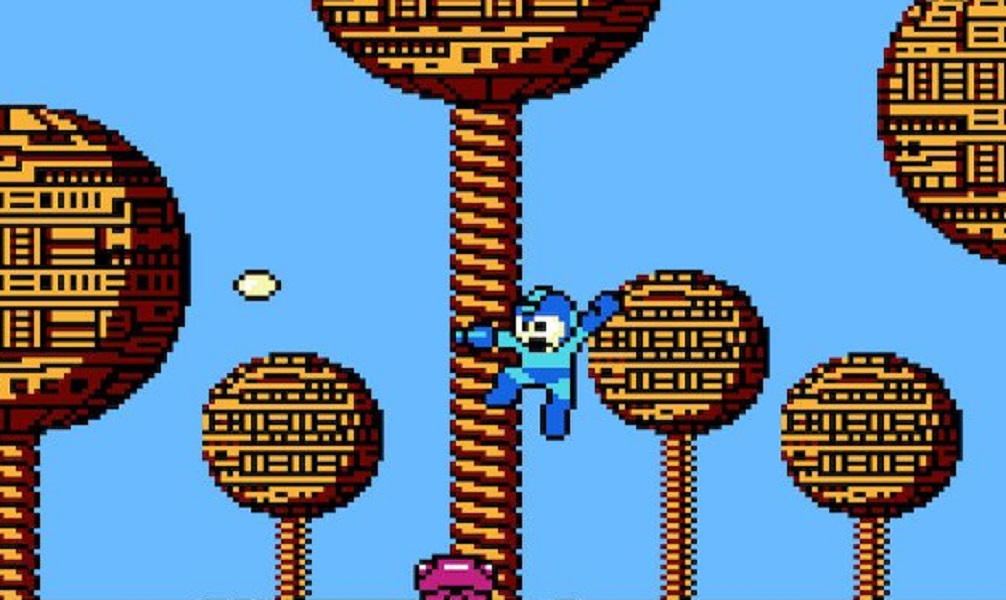 It is impossible to deny that Mega Man defined a genre. It’s a series that went from traditional, linear-based choice in levels and opted for a more experimental kind of progression with six (later eight) different levels to tackle in any order you choose. And after a few arcade ports, this was also one of Capcom’s first attempts to join the home console market.

Now, Mega Man is one of the most recognizable video game characters and one of Capcom’s best selling franchises in total sales of over 32 million units and 138 game titles, according to Capcom’s March financial data. The NES and Famicom alone received 6 different Mega Man titles in the main series, and that’s not counting the various spin-offs. However, as time went on, Mega Man titles were not selling well enough for Capcom, and the series went from being over-represented, to becoming almost non-existent on the market except for a couple of re-releases.

However, later this year, the first main-series Mega Man game in over 8 years, Mega Man 11, will finally be released. To celebrate the release, we are going to be taking a look at all 10 of the main-series games and what makes them stand out, and why the series still has fans tackling the blue bomber.

Surprisingly, Mega Man has a bit of depth to its world. In the beginning, Thomas Light and Albert W. Wily attended the same university, the Robot Institute of Technology. Eventually, both earned their PhD in electronics (how else would we start calling them “Dr. Light” and “Dr. Wily?”) leading to Dr. Light to create his own laboratories. Here, Dr. Light envisioned a world where robots can benefit mankind, and he wanted his robots to be human-like. During this time, Dr. Wily had created a secret robot factory with plans for world domination.

Dr. Light eventually created a pair of robots to assist him around the lab. These robots were the housekeeping robot, Roll, and his lab assistant robot, Rock. After the success of these robots, Dr. Light went on to create six robots for industrial purposes: Cut Man, Guts Man, Ice Man, Bomb Man, Fire Man, and Elec Man.

Upon Dr. Light’s reception of the Nobel peace prize, Dr. Wily decided that he was done living in the shadow of Dr. Light. He stole and reprogrammed all six industrial robots, but left the two helper robots alone. Desperate and distraught, Dr. Light knew that humans alone couldn’t stop these malicious machines. Rock then volunteered to be converted to a fighting robot, which Dr. Light did so reluctantly. After being equipped with Ceratanium Armor and a Mega Buster, Mega Man was born.

What Mega Man 1 added to the series

What’s new in this entry in the franchise? Well, everything. Mega Man has a very specifict control scheme. His movements are tight, he doesn’t slip (save for environmental hazards), and jumping is precise. Even when other series such as Mega Man X added new mechanics, the core mechanics of jumping and shooting remain. The mega buster only fires normal shots, feeling like a basic attack.

Of course that isn’t his only ability, because as Mega Man defeats a robot master, he gains their power. These powers can then be used against other Robot Masters in a rock-paper-scissors format as some are weaker to certain powers. This and choosing the order to fight these robot masters are the essential staples of what makes it a Mega Man game.

How the first Mega Man title holds up

Going back to Mega Man after being experienced with the series is more difficult than it sounds. Compared to later entries, while often tight, Mega Man feels a little loose in his first go-around. The level design as well is lacking when compared to later ones, but this is understandable as Mega Man was a new beast to plenty of developers.

There are experimental sections of Mega Man that aren’t done as well as its successors such as even more inconvenient disappearing block sections and Elecman’s vertical scrolling level, but there is more on that one later. It’s also the only Mega Man game to feature hazards in the room before a boss. This causes players to take damage before making another attempt at a boss, causing more frustration in the process. At the end of each game, Mega Man usually has a “boss rush” room. However, the first Mega Man does not have a traditional “boss rush” and instead, has a series of bosses fought in a row. Coincidentally, the first Mega Man X title is also the only one in that series to not have a traditional “boss rush” room.

The absolutely worst part of the first Mega Man game, however, is the Yellow Devil. He’s a cool idea for a boss. His body splits apart and moves from one side of the screen to the other for the player to dodge his pieces. However, once he’s formed, his weak point (eye) appears to shoot at the player and give them a quick moment to fire at the boss. This moment is too brief, your attacks do too little damage even if you’re using the weapon he’s weak against. To add injury to insult, he causes a massive amount of damage each time he hits the player.

While his power may not be the most useful, Guts Man and his stage have plenty of offer in both gameplay and world-building. As mentioned in the story above, the six Robot Masters were designed to perform jobs to benefit mankind. Despite being in 8-bit, Guts Man’s stage feels like a construction site, and his design makes sense for what he’s design to do: aid in construction.

Throughout the stage are incomplete sections such as the rail system, which is more intuitive at a closer glance as you are shown below your current platform that some of these platforms flip downward upon reaching a certain part of the track. This gives players warning of the hazard instead of surprising them with an unfair death.

The boss fight itself is fairly simple. As Guts Man crashes down, he can knock Mega Man onto his butt, but this also brings down a rock for him to lob at the player. However, the shockwave doesn’t keep the player immobilized long enough to be helpless against the attack. There is just enough time to jump over the rocks as they’re coming your way. In some ways, getting knocked down is the better strategy, as it ensures Guts Man throws the rocks lower.

Elec Man isn’t terrible, but his stage is more of a pain than anything. While you’re treated to a cheery tune (semi-resemblant of Journey’s song Faithfully), Elec Man’s stage ditches traditional horizontal paths to create a vertical scrolling level. Unfortunately, Mega Man’s mobility isn’t designed to handle this fluidly and it’s shown from the start where the player has to be almost pixel-perfect just to get off the first screen.

Later on, there are plenty of ladder segments where enemies come down from above and if the player isn’t fast enough or fortunate enough to have Cuts Man’s ability, they’ll be knocked off the ladder and sent farther back in the stage, sometimes being a few screens worth of hazards.

If the player does have Boomerang Cutter, the fight against Elec Man is laughable. After two hits, he’s defeated. Of course, this is when fighting him on the localized version of the game, where it takes a few more hits to destroy him. But this wasn’t this scaling of difficulty is the same for all of the Robot Masters. While fighting him buster-only, his moveset is comparable to the other Robot Masters as his moveset is a simple shot of electricity ahead.

The first Mega Man is rocky compared to its successors. Of course, Capcom was finding their footing, as the series took a few attempts to seize its ultimate identity. Elements from the first Mega Man are still being carried to this day. These include disappearing blocks, “man” based bosses in a level-select format, and Dr. Wily never managing to stay in prison.

It wouldn’t be until Mega Man 2 when we see the six robot formula evolve into eight robot masters as well as other staples still with the series to this date. Check out the next part of the retrospective here where we look back on what many consider to be one of the most beloved Mega Man titles, Mega Man 2.