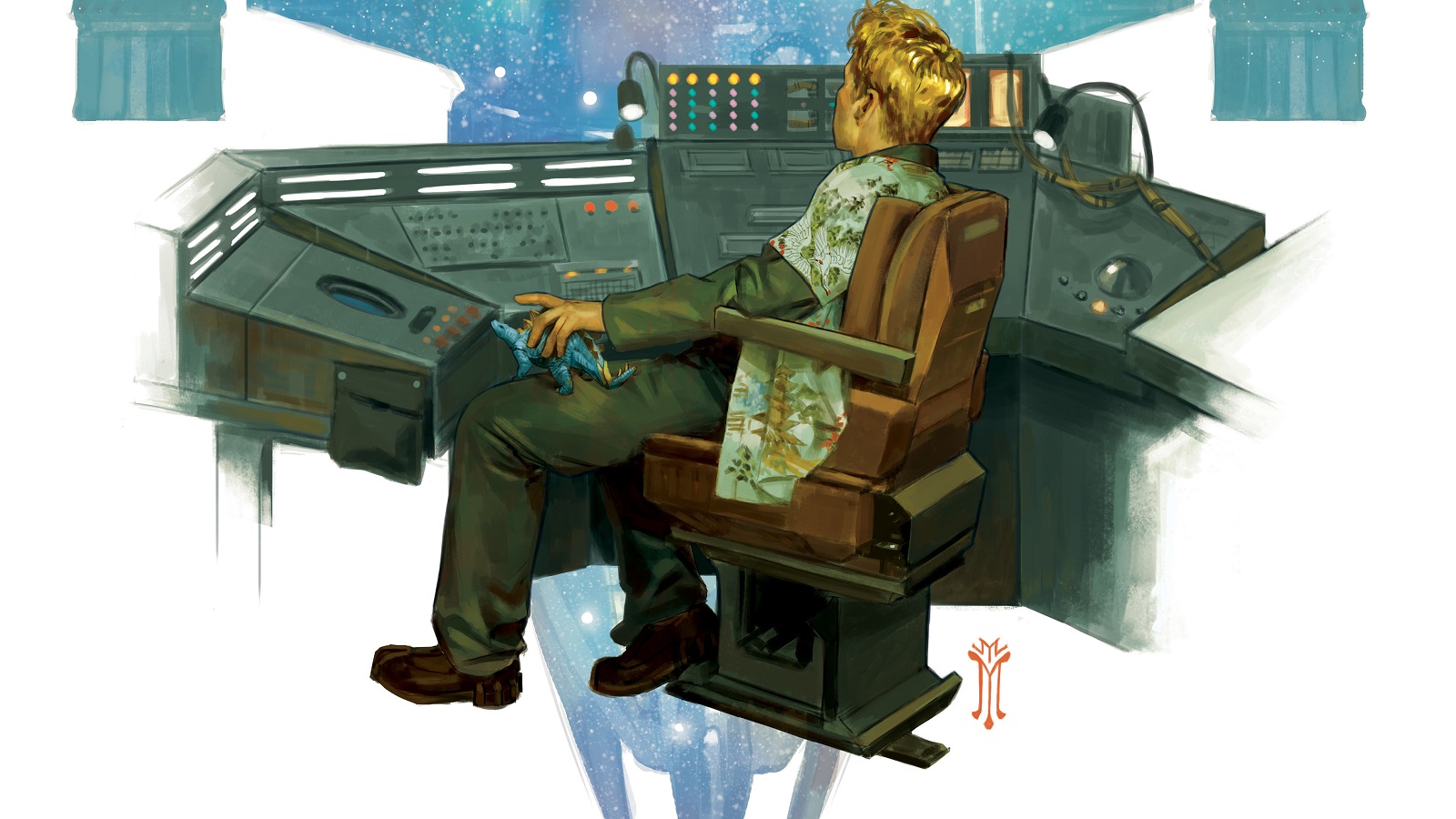 Want to find out about the Serenity pilot Wash’s last moments? Boom! Studios announced that it will release Firefly: Watch How I Soar on store shelves this November. The graphic novel will take readers on Hoban “Wash” Washburne’s final moments as he reconciles his past and present situations.

Everyone’s life can change in an instant- and for Hoban “Wash” Washburne, pilot of the spaceship Serenity, he’s just realized… he’s about to die.

As Wash’s life flashes before his eyes, he revisits the most important, never-before-revealed moments in his life, from growing up on a planet so ravaged by pollution that no star could shine in the sky to meeting the woman of his dreams in Zoë Alleyne, who would become his wife and create a life with him beyond his wildest imagination

And in those final moments, Wash will reach out to connect with a surprising someone he never thought possible…proving that some bonds transcend this mortal coil.

Created by Whedon and set 500 years in the future in the wake of a universal civil war, FIREFLY centers on the crew of Serenity, a small transport spaceship that doesn’t have a planet to call home. Captain Malcolm “Mal” Reynolds, a defeated soldier who opposed the unification of the planets by the totalitarian governed Alliance, will undertake any job — legal or not — to stay afloat and keep his crew fed. Thrust together by necessity but staying together out of loyalty, these disparate men and women are seeking adventure and the good life, but face constant challenges on the new frontier, such as avoiding capture by the Alliance, and evading the dangers you find on the fringes of the universe.

“From the moment we first met him playing with his toy dinosaurs, Wash has been one of the most beloved members of the Firefly crew, and WATCH HOW I SOAR gives us everything we ever wanted to know about our favorite hotshot pilot and space husband,” said Jeanine Schaefer, Executive Editor, BOOM! Studios. “We’re excited to explore this new ground that fans have been asking us to cover. Get ready for some very big stories you’d never imagine we could tell.”