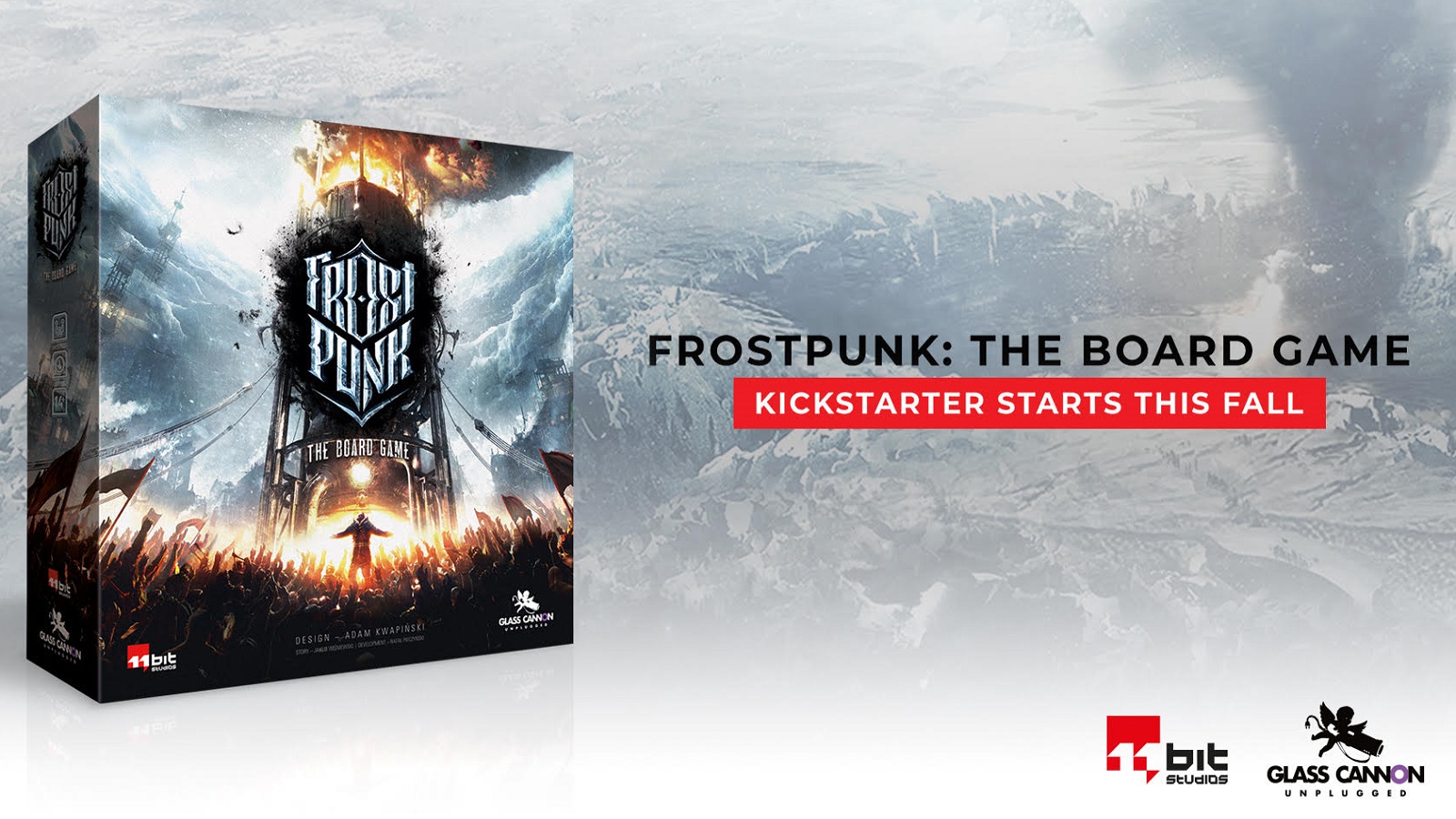 The city-building survival game Frostpunk will head to tabletop shelves soon as Glass Cannon Unplugged and 11 bit studios announced that a board game adaptation will be heading to Kickstarter next year. The game will allow up to four leaders to command a group of survivors in order to build a city in danger of frost.

Frostpunk, the bestselling survival city-builder game, is officially going unplugged! Frostpunk: The Board Game will provide tough moral choices, challenging and strategic gameplay, emotion-driven narrative, and snow. Lots of snow. The core features of this popular 11 bit studios title will be transported to your table next year!

Frostpunk: The Board Game is coming to fruition thanks to the combined efforts of 11 bit studios and Glass Cannon Unplugged, a new tabletop game studio formed by a group of industry veterans, including Jakub Wiśniewski, creator of the highly acclaimed This War of Mine: The Board Game and Michał Ozon, former COO of board game publisher Phalanx, both accompanied by an independent author Adam Kwapiński, a world-class board game designer who has worked on titles such as Nemesis and Lords of Hellas.

Frostpunk, a BAFTA-nominee that originally launched in 2018, tells a story of a frozen Earth in an alternative XIX century. In Frostpunk: The Board Game, up to four players will take on the role of leaders of a small colony of survivors in a post-apocalyptic world that was hit by a severe ice age. Their duty is to effectively manage both its infrastructure and citizens. The core gameplay will be brutal, challenging, and complex, but easy to learn. The Glass Cannon Unplugged team understands how important emotions and moods are in Frostpunk’s gameplay, and their goal is to integrate this core mechanic into this version of the game. The citizens won’t just be speechless pieces on the board. Society members will issue demands and react accordingly to the current mood, so every decision and action bears consequences.

The players will decide the fate of their people. Will you treat them like another resource? Are you going to be an inspiring builder, a fearless explorer, or a bright scientist? Is your rule going to be a sting of tyranny or an era of law and equality?