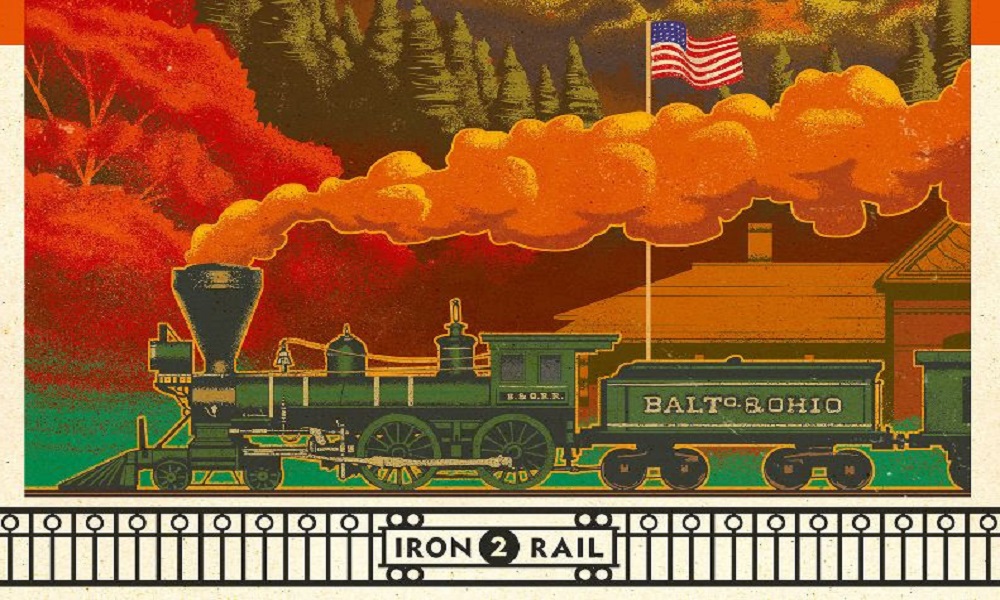 The New Year means new tabletop experiences as Capstone Games has just announced that Ride the Rails, a follow-up to 2019’s Irish Gauge, will head to stores on July 1. The game will include simple rules and a grand old time for three to five players, with a restock of Irish Gauge coming at the same time.

In Ride the Rails, you will invest in railroad companies, build railway track across America, and deliver passengers to as many cities as possible. Each of the 6 game rounds features 3 phases:

Each round, a new Railroad company is introduced to the game, and each Railroad company has its own special placement rules! Deliver passengers to as many cities as possible to earn the most points. Be cautious in your travels, as shareholders of Railroads that you use will also earn points!

Ride the Rails is a game of simple rules (only 1 sheet of paper) with varied strategies & tactics for 3 to 5 players ages 12 and up, playing in about an hour. Contents include (subject to change): 1 game board, 5 player boards, 162 wooden locomotives, 52 wooden passengers, 7 tracker disks, 15 player disks, 1 round marker, and 1 rule sheet.