Are you ready for an egg-lectic new action game? Zordix and Purple Tree Studio has announced that its newest title Ponpu is available now on PlayStation 4, Xbox One, Nintendo Switch, and PC. A surreal bombastic egg-slinging title, the developers have also partnered with G-Loot for a special competition on PC that starts today.

The all-seeing Duck God has had enough and the world has run out of time. Every 2 billion years the world must be refreshed through divine destruction and he has sent you, a Ponpu, as his herald. But, a nasty bump on the head during a crash landing took your memory and now you find yourself working against the Duck God in a carnage-fueled battle against other Ponpu to save the very world you were sent to destroy.

Across an expansive single-player campaign, your Ponpu will battle its way through 6 challenging worlds, while fighting off rival Ponpu and enormous, deadly and grotesque bosses. In the newly announced online multiplayer support, up to four Ponpu anywhere in the real-world can duke it out across three frenetic modes, including Coin Chase (get those coins before the competition!), Color Fight (your attack spread paint through the level, cover the most real estate with your color to win!), and good old-fashioned team deathmatch (kill, kill, kill!), with each win, kill and stat tracked via a handy new global ranking system. 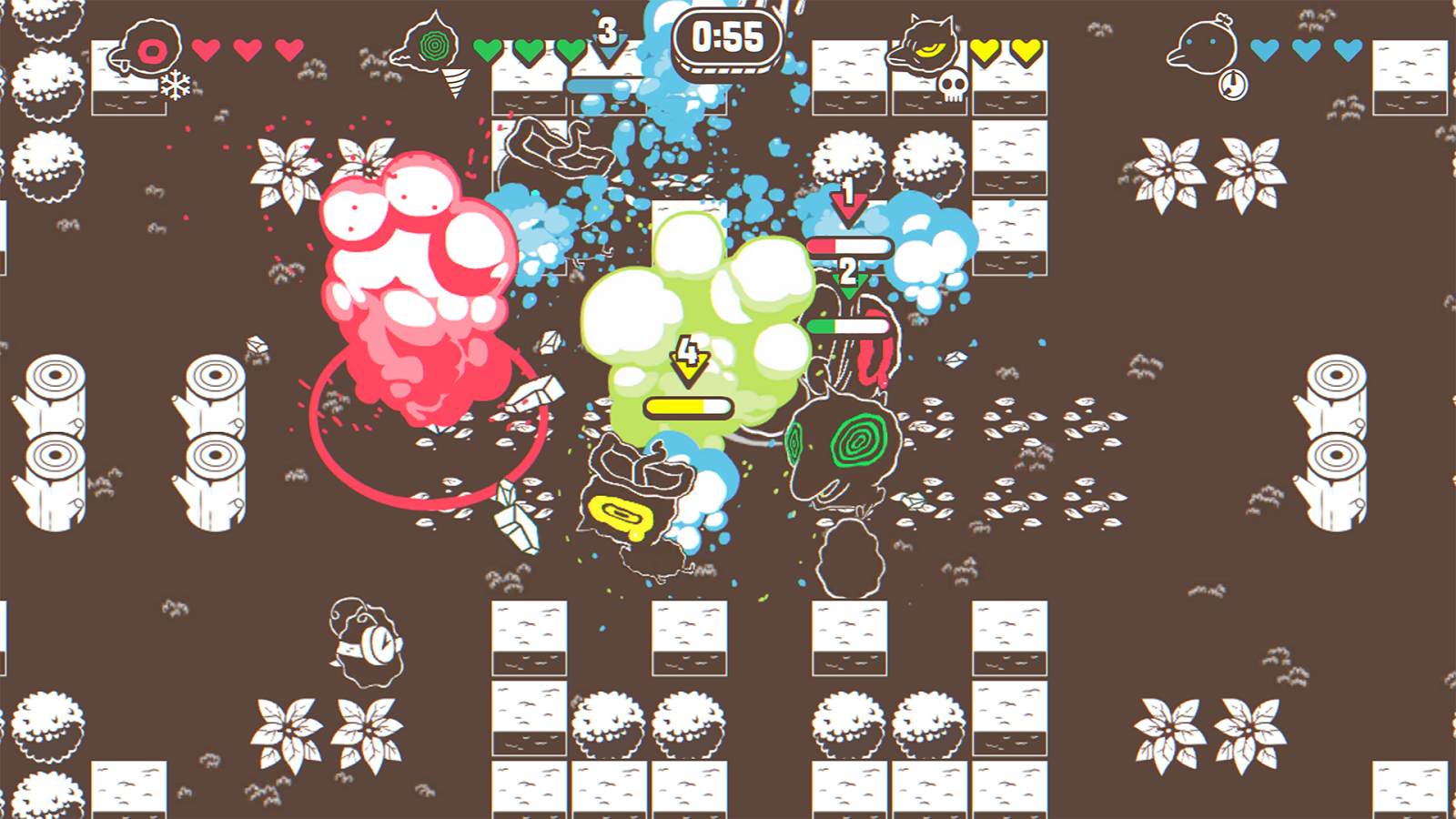 To celebrate the release of the game on Steam, Ponpu will also feature an eggtastic and eggsplosive duck-on-duck multiplayer competition in partnership with G-Loot. The first 150 Steam players who win 100 matches (regardless of game mode) will share in a €3000 prize pool. More information, including countries where the competition is approved, can be found at the official competition page here.