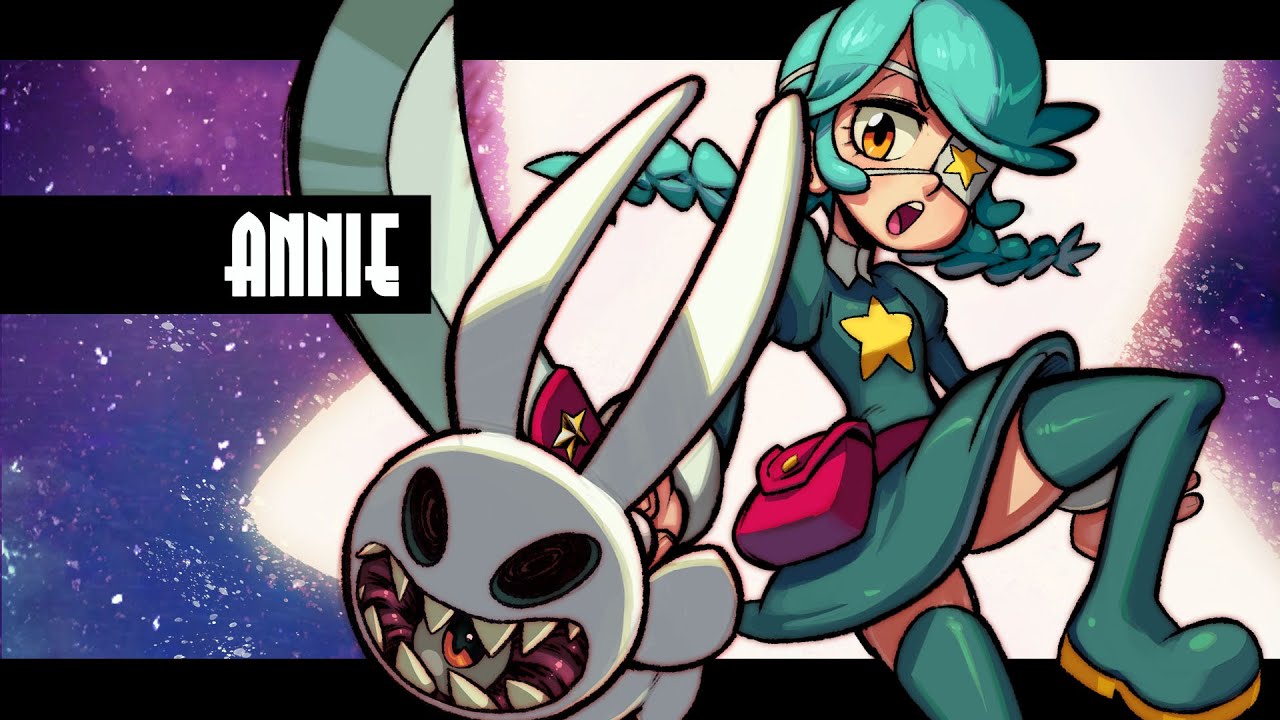 What, you thought the showstopping Skullgirls 2nd Encore was finished with its updates? Well, think again! As the original fighting game heads into its tenth anniversary next year, Hidden Variable and Autumn Games announced that it will release the next DLC character, Annie of the Stars, for PC and PlayStation 4 this May with a PC early release in March. In addition to the news, the developers have also announced a season pass for the game, which will include three more characters and a ton of other features.

From a Steam FAQ based on the update:

We’re planning to release the Annie DLC in early March on Steam as an “Early Access” release.

After her initial release, we’ll plan to make any needed balance updates until we feel she is in a suitable state for a “final” release, after which we plan to release the final DLC on Steam and Playstation.

In addition to the Annie DLC (and our recent announcement of a brand new character in the works), we are excited to announce the first ever Skullgirls Season Pass!

The Season Pass will (minimally) include:

NOTE: All Character DLC will include the Character, new Stage/Music, Palettes, and full Story Mode. 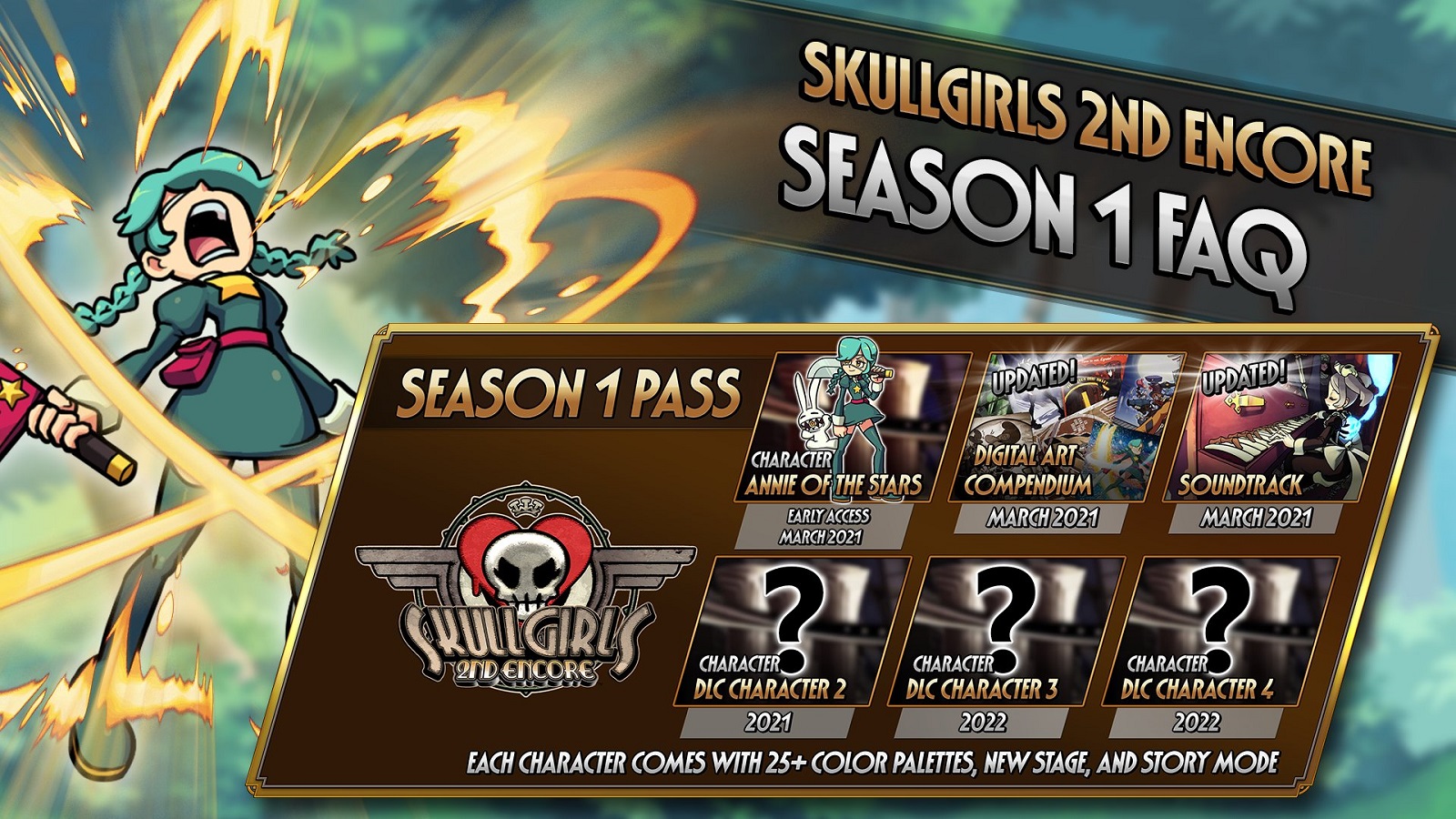 Although Character 2, 3 and 4 have already been chosen (!!!), we are exploring ways in which players who have purchased the Season Pass can contribute to the DLC character release order (e.g. via some form of voting system).

Depending on how well the Annie DLC and Season Pass does – we hope to add even more FREE stuff to the Season Pass list, up to and including a FIFTH Brand New Character! We are still working on the details for this, but if this does come to pass, we will also be exploring ways in which players can also participate in the selection process. 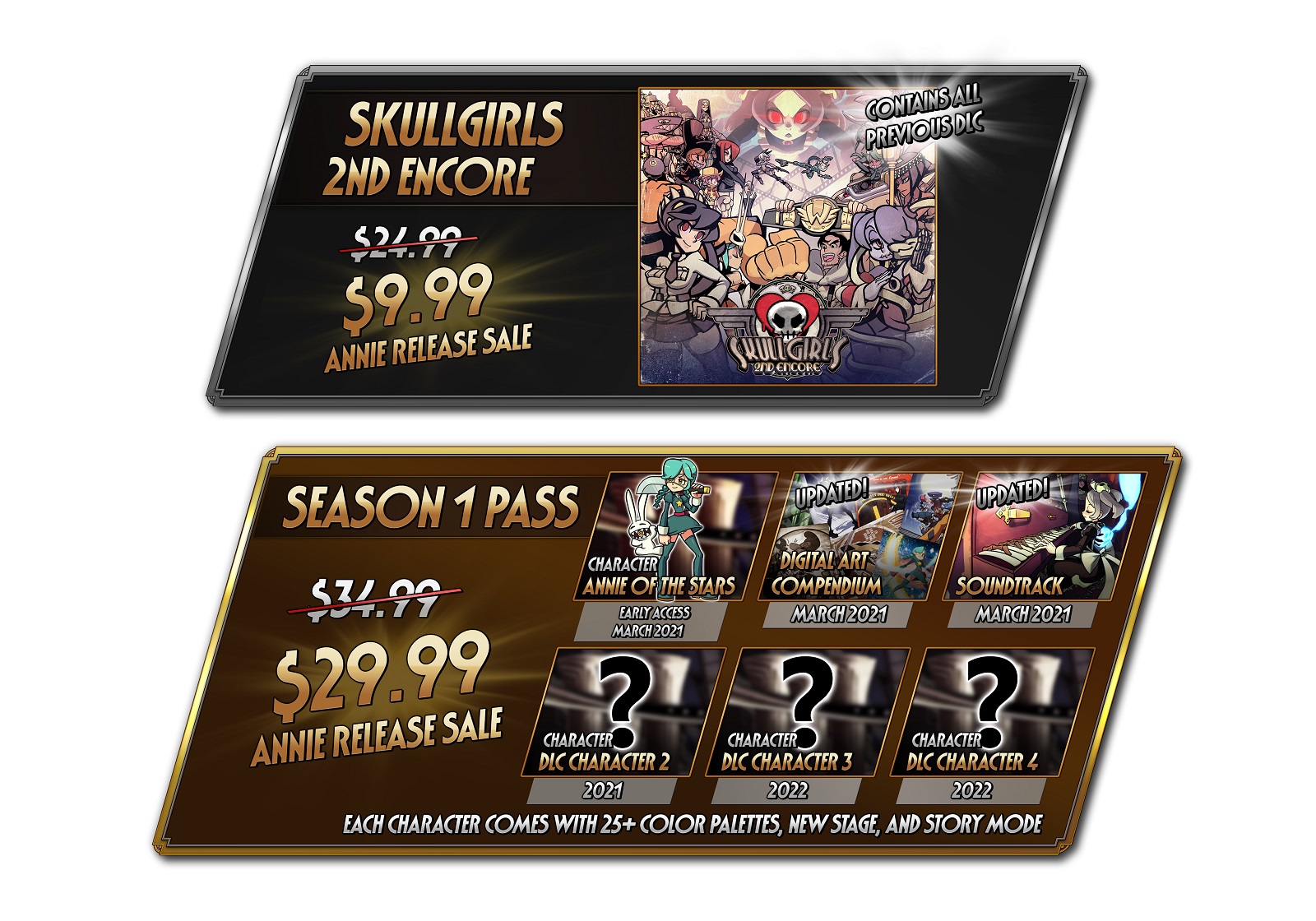 In addition to the season pass news, the developers have also announced a balance patch to the game, which will be released soon. While the game will no longer be cross-platform across PlayStation 3, PlayStation Vita, and PlayStation 4 players, those who have the basic Skullgirls game on PC will have the 2nd Encore version free at no charge. The game will also be available at a discount price during the Annie launch, with the season pass also getting a discount. Stay tuned for more news here on Gaming Trend.