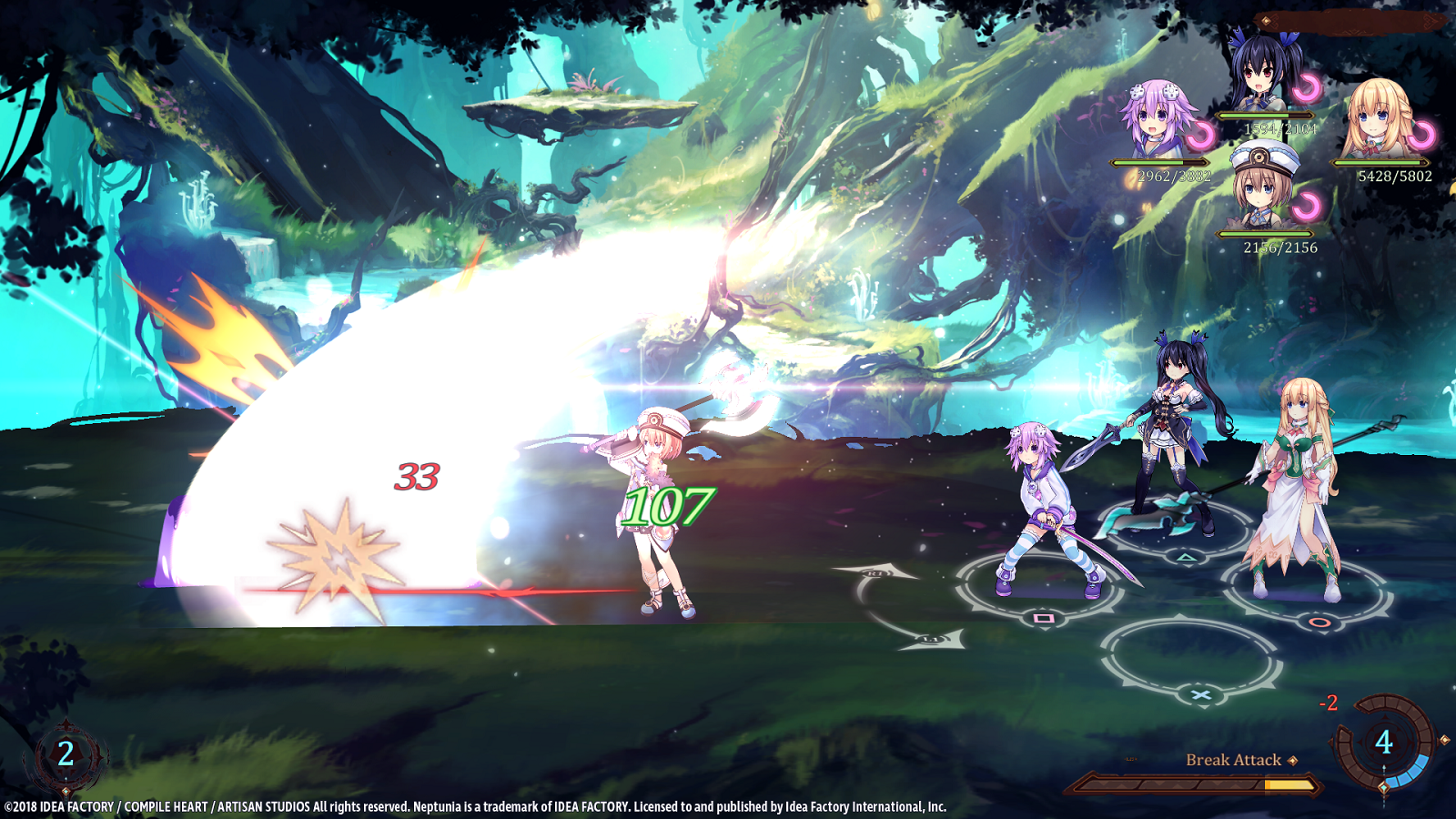 Today, Idea Factory announced that it will release the 2D JRPG Super Neptunia RPG this year for PlayStation 4 and Nintendo Switch, the latter’s release a series first. Developed by Canadian company Artisan Studios, the game will feature Japanese and English voiceovers as well as English and French subtitles.

In a world where 2D games reign supreme, an organization called Bombyx Mori forces its citizens to churn out 2D games as offerings to their leader. Those who dare to use new technologies or whose games don’t meet their standards risk banishment to the soul-crushing Trial Grounds.
A girl awakens in this world with no recollection of anything beyond her name, Neptune, and soon realizes she possesses great strength. With her newfound sense of heroism and a strange book known as Histoire in hand, she sets off on a journey to see if there might be more than this two-dimensional life.