Are you prepared to struggle? Unique level design, grotesque visuals, and insane physics collide to create Struggling, released today on the PC, Nintendo Switch, PS4, and Xbox One. Playable solo or co-op, Struggling looks like an incredibly unique platformer with an interesting twist on the genre.

Grab a Partner and Journey into the Bizarre – Struggling Swings onto PlayStation 4 and Xbox One Today!

Work together to outrun ravenous rats, joyride a dirt-bike and even DJ at the office party in Frontier Foundry’s Struggling, available now. 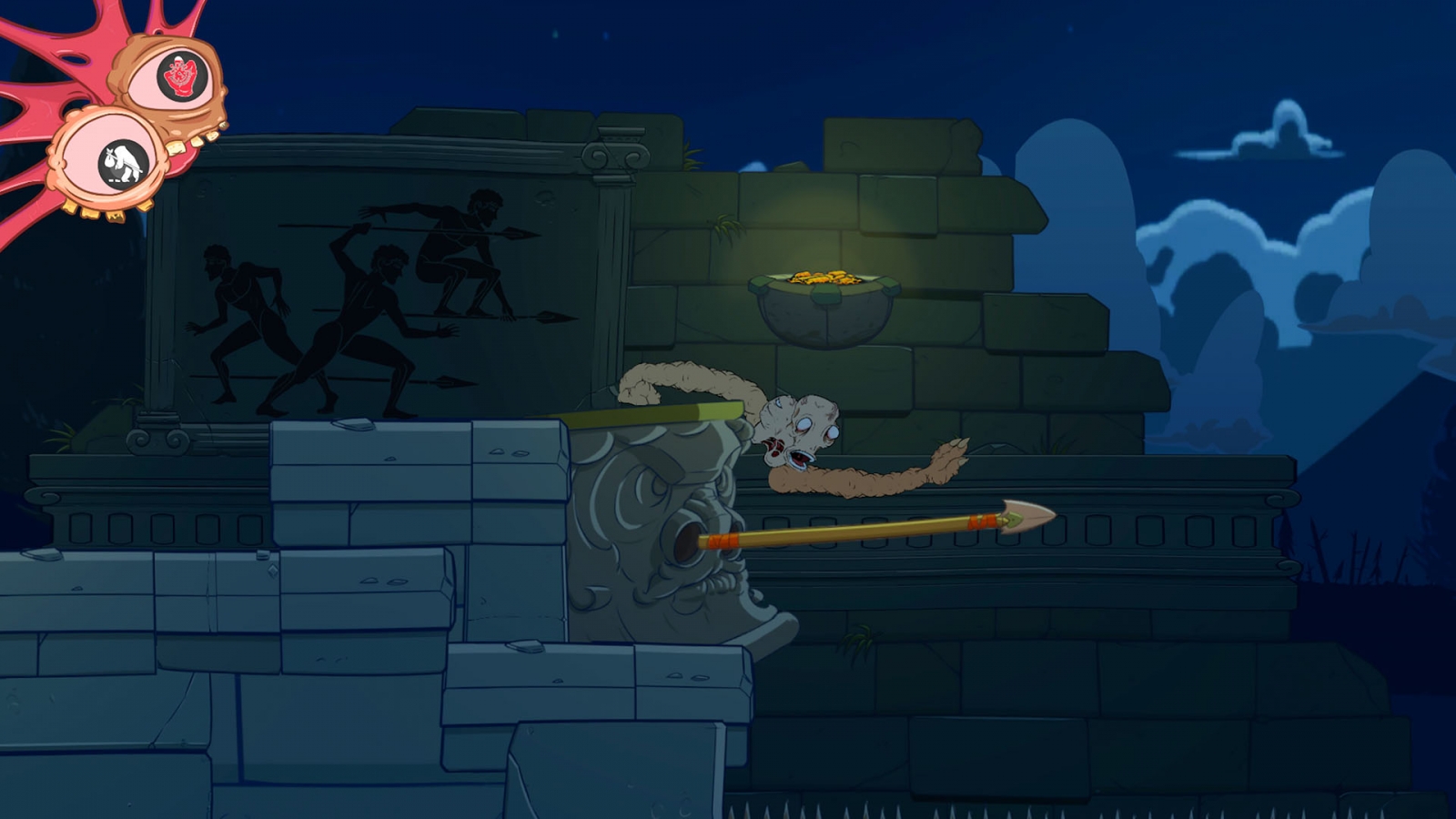 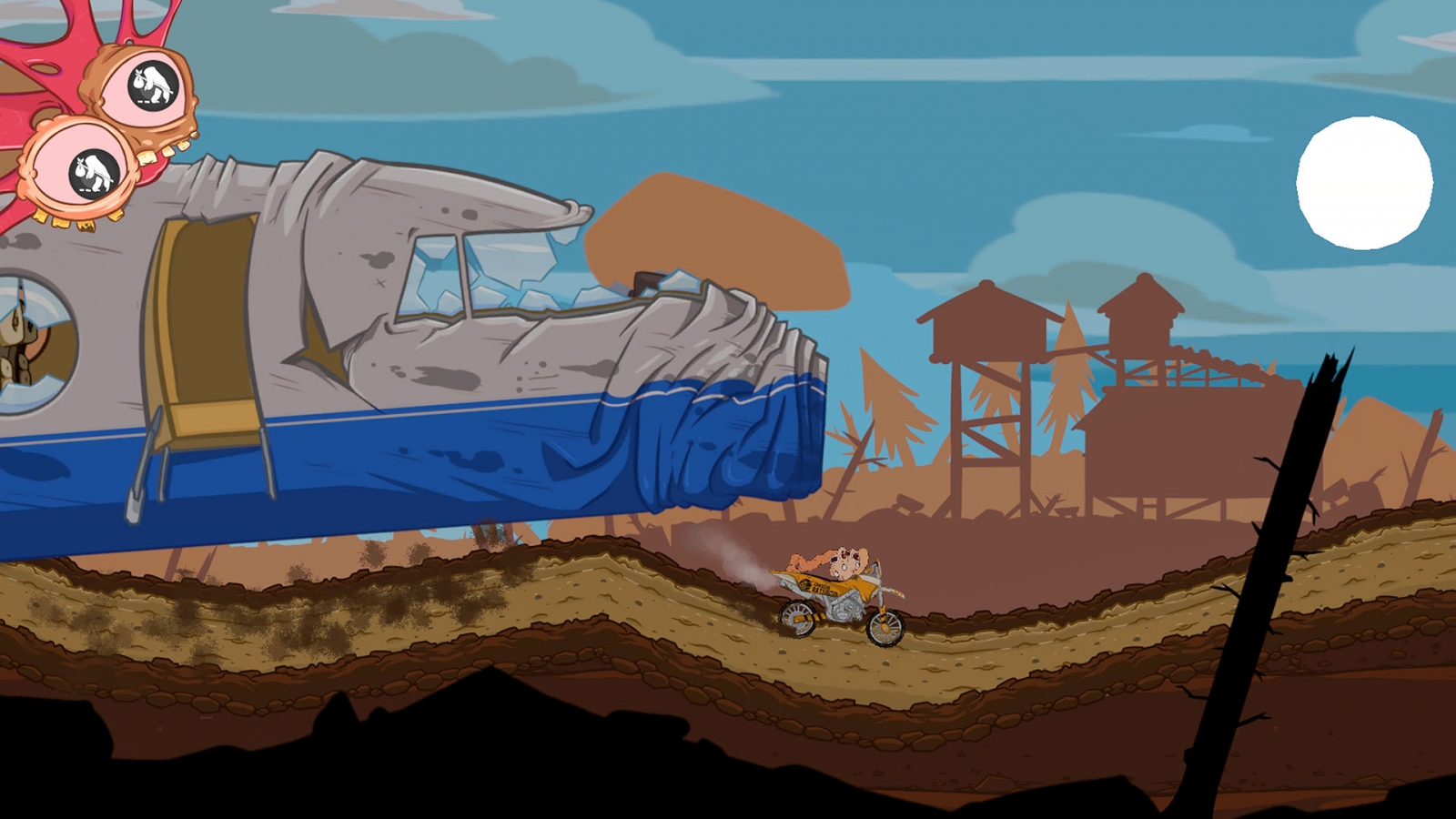 Players will join our fleshy hero, Troy, on his epic quest to seek out legendary Abomination Gods. Choose to tackle the adventure solo or, for the ultimate struggle, bring in a local co-op partner and independently control our outrageous champion’s limbs.

With a unique attention-grabbing art style that fuses elements of comedy and horror, Struggling immerses players in a hilarious but unsettling world; escape from sinister labs, scale gigantic canyons and even float through feverish hyper-dreams. Along the way, our loose-limbed protagonist will need to solve increasingly challenging physics-based puzzles using momentum and inertia to vault pools of unmentionable waste, operate a concerning amount of heavy machinery and explore every crevice in the search for stylish collectable hats.

Troy isn’t destined to simply wave his arms about wildly. As the saga unfolds, our champion of the bizarre will mutate as any self-respecting experiment should, unlocking a range of game-changing powers to navigate increasingly tricky environments. These new skills include time-slowing to dodge fast-moving hazards (or grab onto them, why not enjoy the ride after all?), detachable arms for those tight spaces, and the ability to graft his appendages to the environment to operate switches or simply give himself a hand!

Struggling is out now on PlayStation 4, Xbox One, Nintendo Switch and Steam. For more information, visit Struggling’s official website at struggling-game.com. For media assets, visit Frontier.co.uk/media. 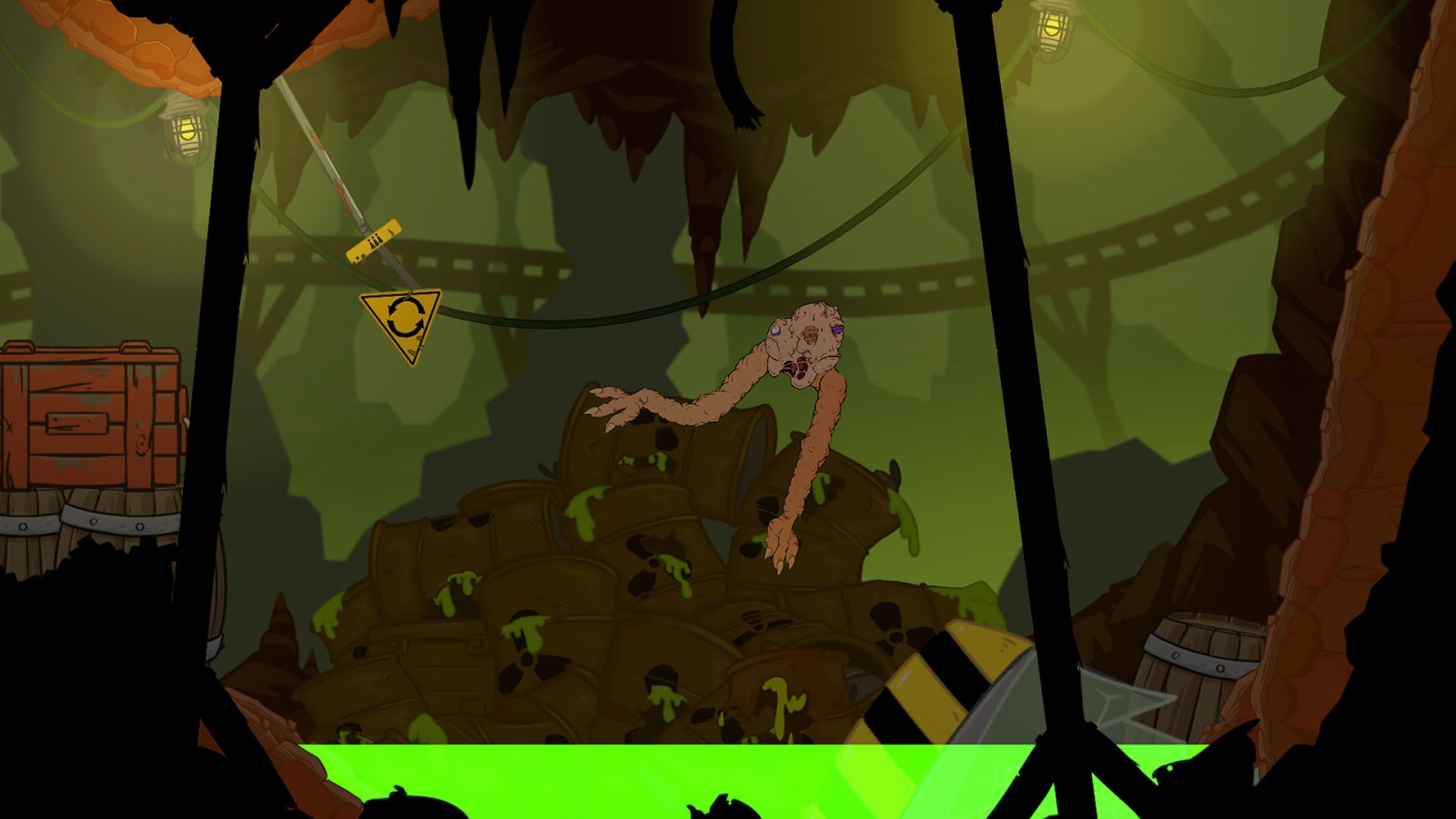 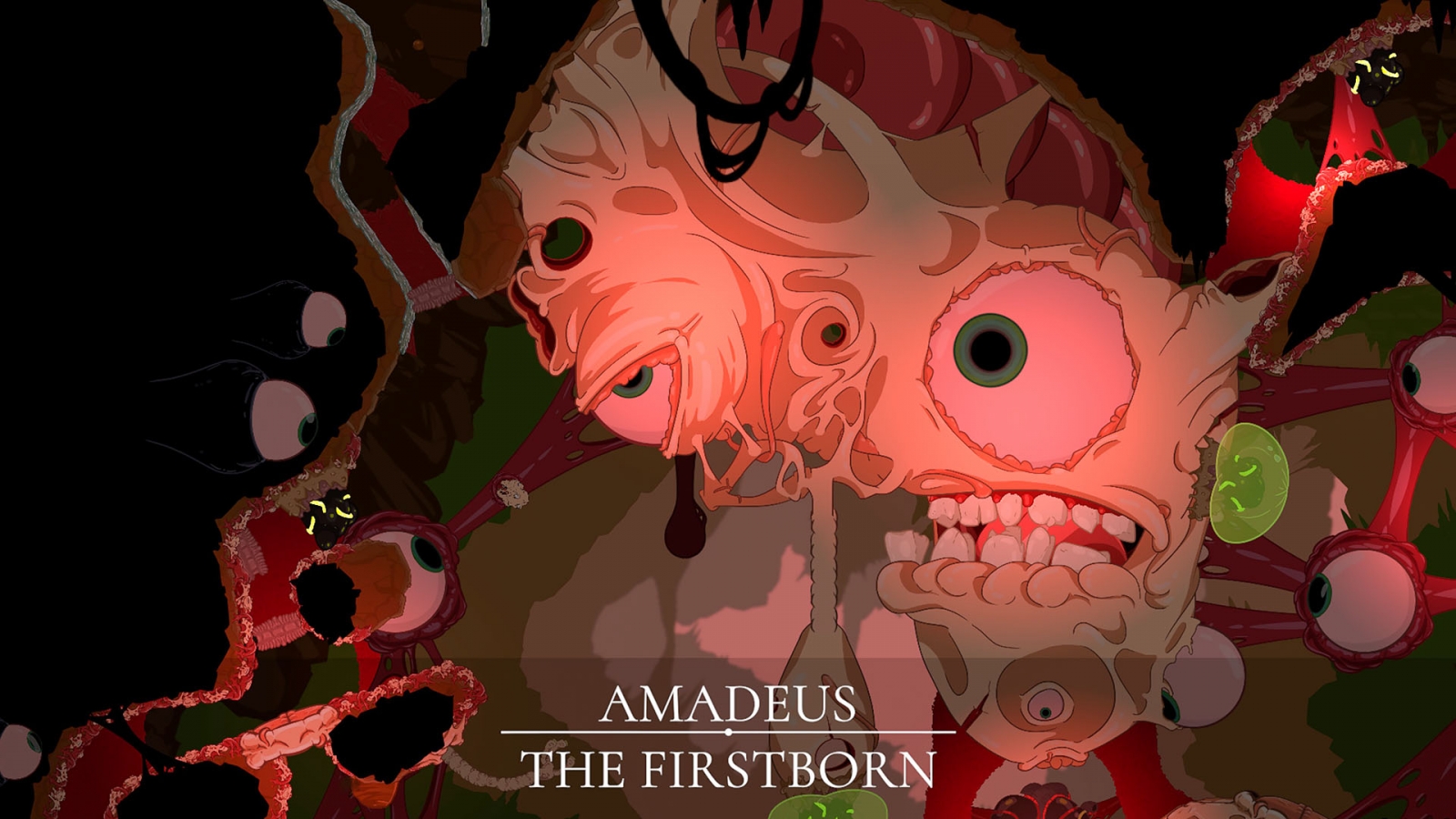 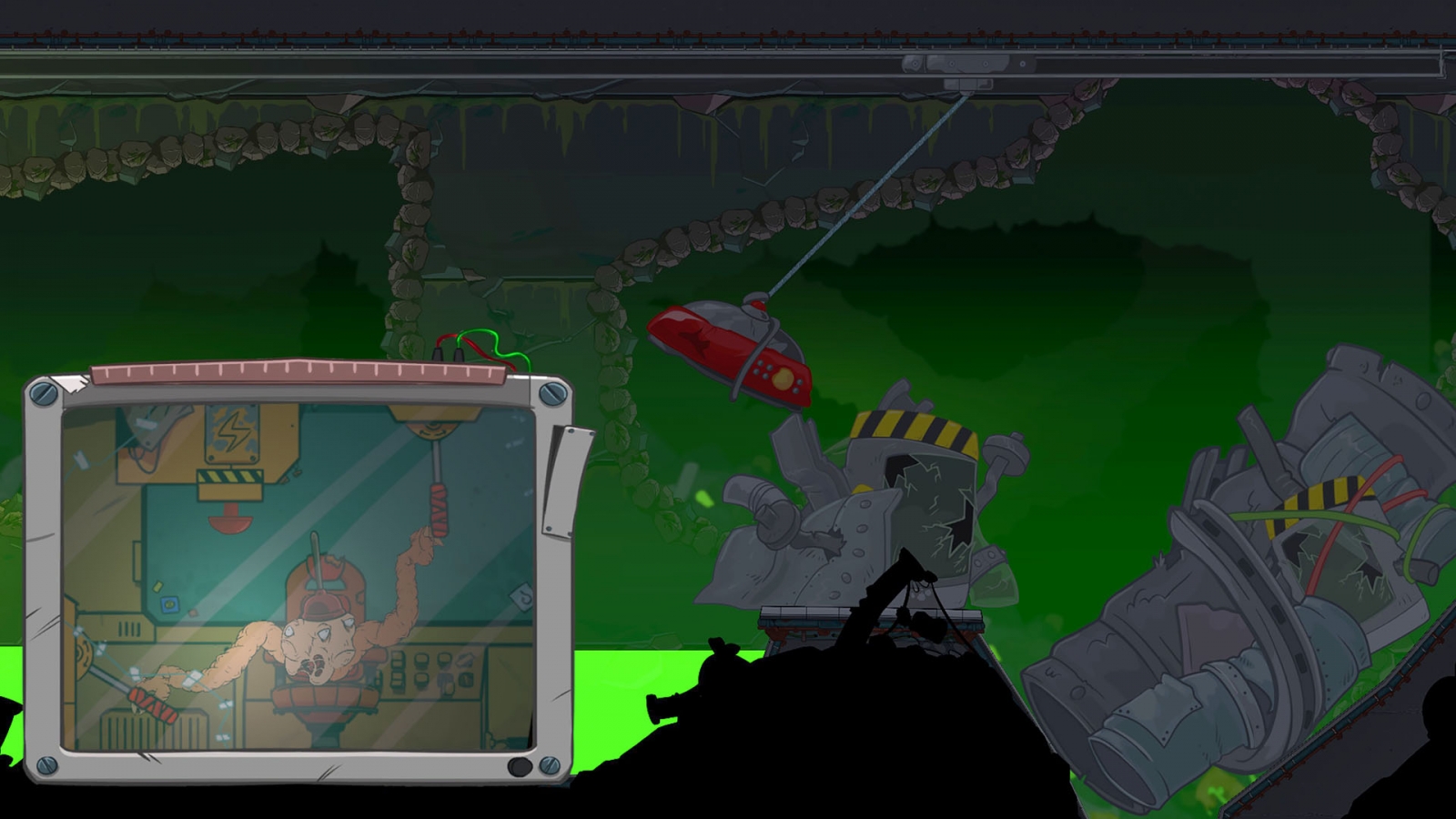 About Struggling
Struggling is a physics-based co-op platformer with a twisted spin on teamwork. Grab a partner and overcome challenging obstacles by controlling one arm each of an unfortunate human experiment. Use momentum to launch yourself across yawning chasms, plug waste-spewing pipes, discover complex machinery you have no business operating, and yank suspicious levers because…well why not? When even moving takes a combined effort, communication is key to keeping your cool.

Stay tuned to Gaming Trend for more info on Struggling as it is released.