Today, Deep Silver and Behaviour announced that its hugely popular multiplayer title Dead by Daylight: Definitive Edition is now on Nintendo Switch. The game will include all previously released DLC for a low retail price of $39.99.

In the Dead by Daylight: Definitive Edition for Nintendo Switch players can hunt, run, or hide whenever and wherever they want as they immerse themselves in a deadly game of cat and mouse between a brutal killer and up to four survivors. Be the hunter or the hunted with two styles of gameplay—as the killer or one of four survivors. The killer hunts in first-person, allowing them to be laser focused on their prey. Meanwhile survivors act alone or work together as they play the game from a third-person perspective with its heightened situational awareness.

This brand-new edition of the classic horror multiplayer game is bursting with a ton of blood-curdling content, including nine playable killers,10 playable survivors, and three cosmetic packs. Additional chapters are also available for purchase, including the brand-new Stranger Things add-on. This new content introduces the otherworldly and iconic Demogorgon as the new untamable killer along with two new survivors: Nancy Wheeler, a tough aspiring journalist, and Steve Harrington, a former high school jock with a knack for finding trouble.

Players who purchase Dead by Daylight: Definitive Edition on Switch will be awarded an exclusive cosmetic skin for the Trapper, the game’s iconic killer. This outfit is dripping with menace and not for the faint of heart. 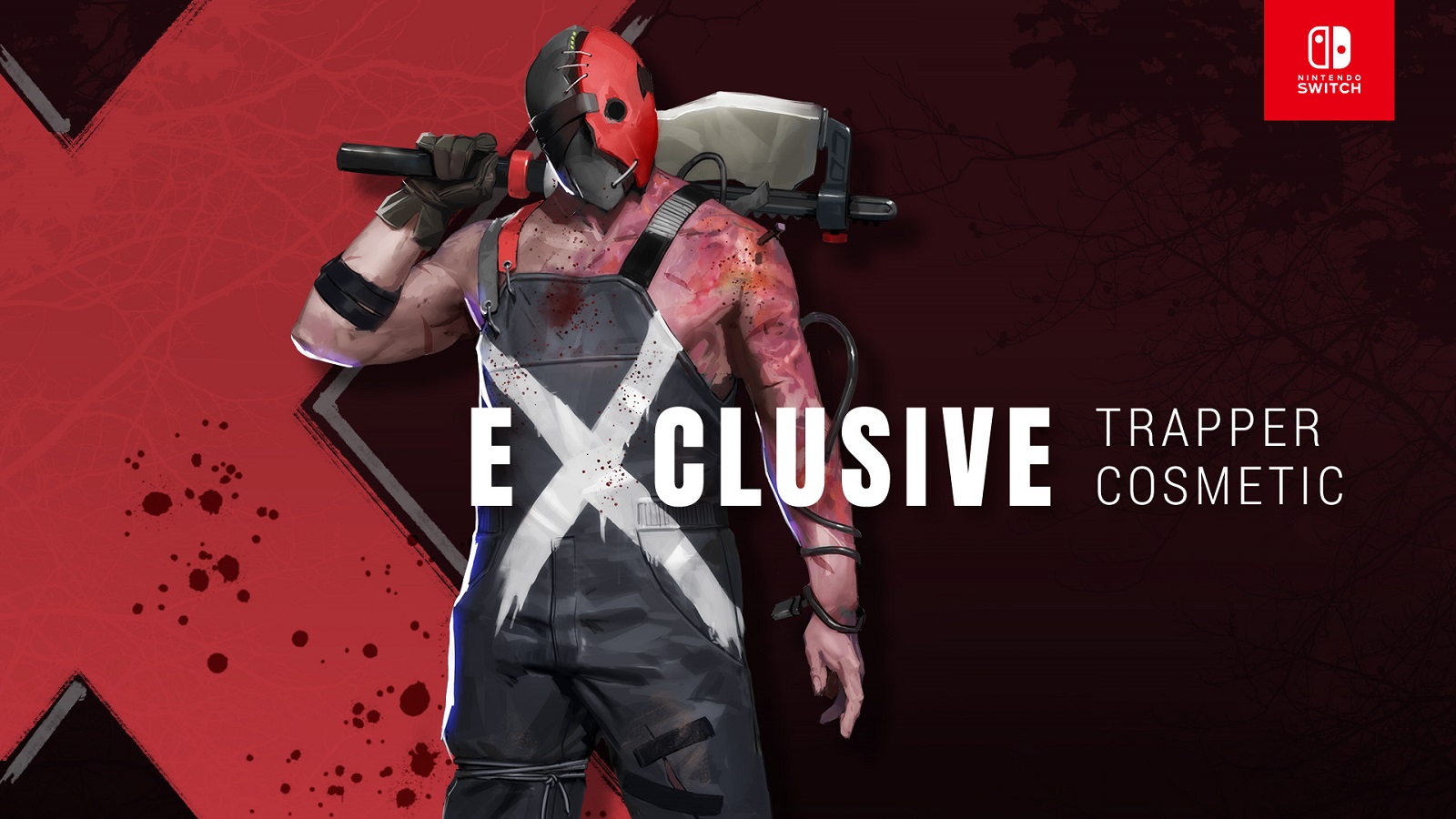 “We are incredibly happy and proud to launch the Dead by Daylight: Definitive Edition on the Nintendo Switch. This is another way for us to get the game into as many hands as possible. It is also a great opportunity for our players to play the game they love, anywhere. I would like to extend a warm welcome into the world of the Entity to Switch users. The first few games will be hard but hang in there the upcoming victories will be worth it.” said Mathieu Côté, Game Director for Dead by Daylight and Head of Partnerships for Behaviour Interactive.