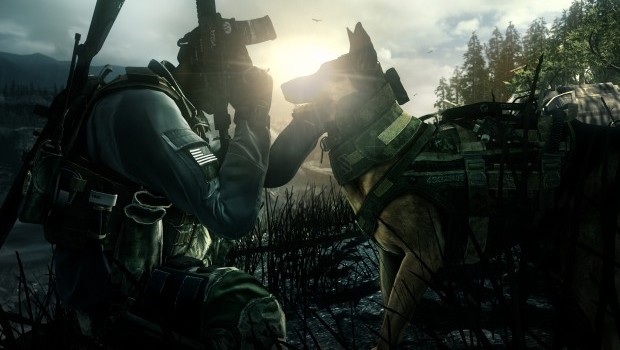 Activision got an early jump on E3 by showing off Call of Duty: Ghosts in a broadcast not surprisingly called “Call of Duty: Ghosts All Access.”  You can’t really blame them for being excited, with how many copies it sells every year.  While we don’t have the livestream here, you can read a little more about it after the break, along with a few screenshots.

Let the games begin. Activision Publishing, Inc., a wholly owned subsidiary of Activision Blizzard (Nasdaq: ATVI), kicked-off E3 early this year with an unprecedented live telecast to fans around the world, showcasing a first look at new gameplay from the upcoming Call of Duty®: Ghosts. Featuring an all-new world, new story, new characters and new experiences, all powered by a new, next-gen engine, Call of Duty: Ghosts is not only a stunning leap forward for the mega-hit franchise, but also showcases what’s possible on next generation consoles. Hosted by Spike TV’s Geoff Keighley and Internet personality iJustine, the live 30-minute broadcast titled “Call of Duty: Ghosts All Access“gave fans of the worldwide phenomenon the first chance to go behind the scenes with Activision’s acclaimed studio Infinity Ward, for a look at the upcoming title two days before the start of 2013 Electronic Entertainment Expo (E3 Expo).

“Every year our team puts on an amazing production to showcase our games at E3, a spectacle that delivers an epic, immersive experience that takes your breath away. Yet all our fans aren’t able to be here and share in the moment,” said Activision Publishing CEO, Eric Hirshberg. “So, since our fans can’t come to E3, we’re bringing E3 to them. This year we’re making sure the Call of Duty community is first in line to see Call of Duty: Ghosts as we kick-off what’s going to be a historic week.”

Gamers saw the level “Into the Deep,” a beautiful and awe-inspiring underwater mission that pulses with lifelike realism and heart-pounding tension; “No Man’s Land,” an eerie glimpse at the aftermath of a world recovering from a catastrophic event, as well as the first chance for gamers to get their first peek at Riley, the new canine character in Call of Duty: Ghosts. The televised special, which was broadcast live on television on DirecTV, on consoles and on popular online outlets around the world, offered viewers a sneak peek at the gameplay a full two days before the industry commences its annual E3 conference. The global telecast also featured a series of interviews with members of the Infinity Ward development team, as well as Academy Award® winning writer Stephen Gaghan, who is penning the script for the new title.

Don’t worry if you didn’t catch the broadcast.  You can still find it at the Call of Duty: Ghosts website.  I’m positive that we’ll get our own look at Ghosts at E3, so don’t forget to check back to find out our impressions of the game. 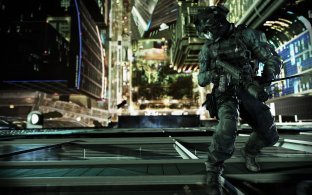 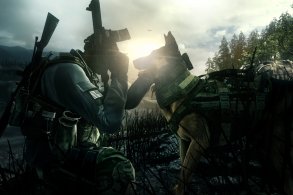 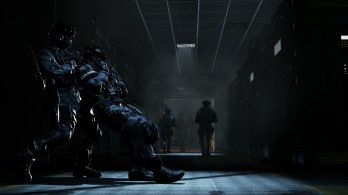 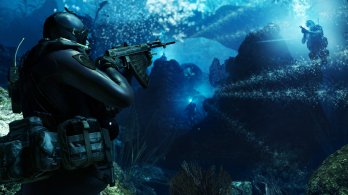