If you’re anything like me, you most likely grew up playing with Hot Wheels. Constructing elaborate race tracks, drooling over the awesome (but expensive) new set pieces you saw on commercials, and searching for the latest car models at your local Toys R Us were most likely part of your weekend routine. While fun, keeping up could get prohibitively expensive. Thankfully technology has made it much easier to access a wide variety of tracks and cars through the medium of video games which – while not as cool as holding the items in your hands – remains a great way to live out your childhood fantasies of racing. 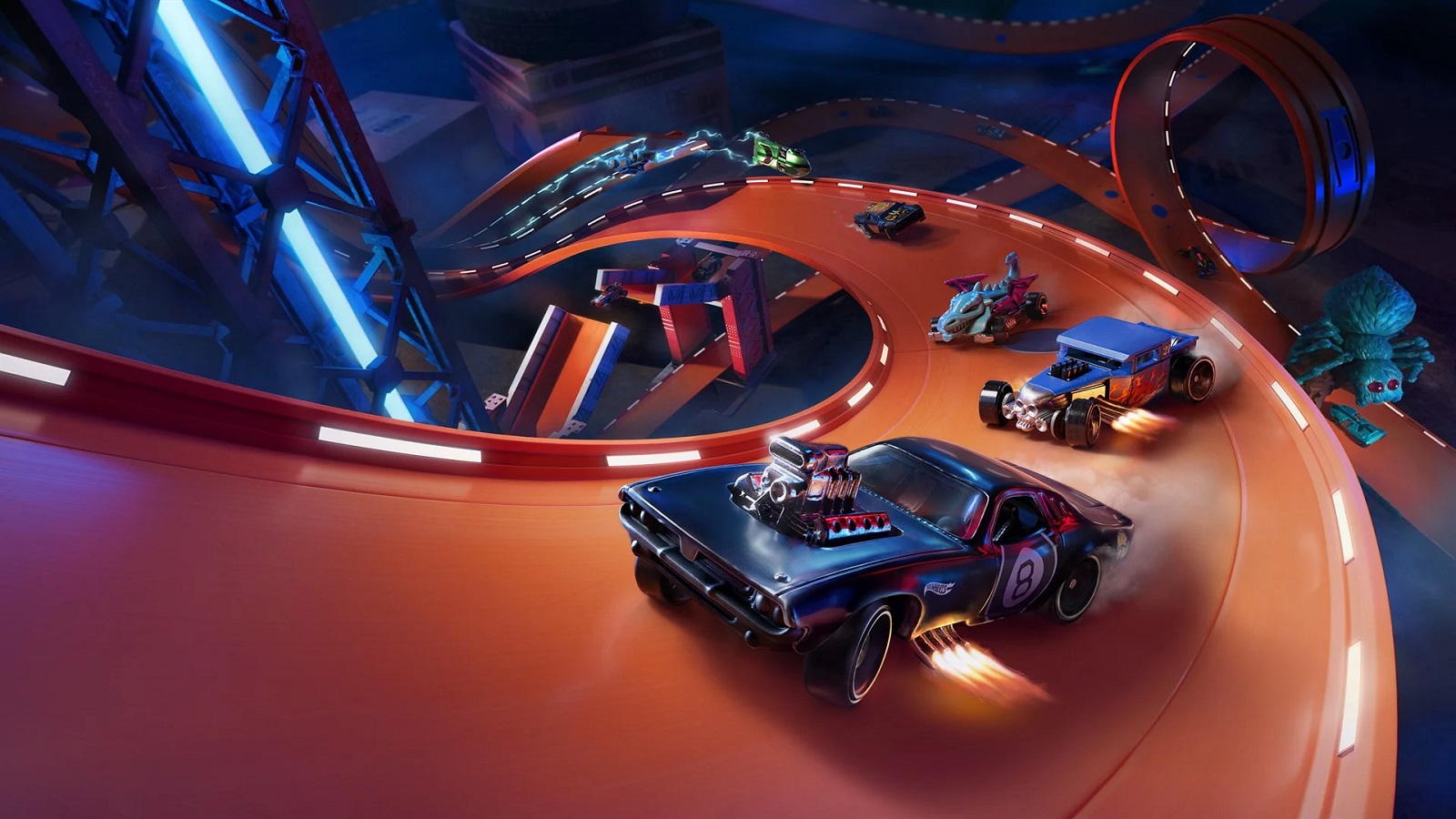 Drifting, boosting and jumping is just the beginning of what makes Hot Wheels Unleashed an iconic thrill-ride from the starting line to finish line. Revealed today on the Hot Wheels Unleashed livestream showcase, Executive Producer at Milestone Michele Caletti and Lead Game Designer Federico Cardini took fans along on a deep dive to learn more about the game’s unique features and content.

The eye-popping gameplay video also pulled back the curtain on the first six vehicles out of the 60+ plus vehicles available on day 1. The first six revealed are: Rodger Dodger™, Twin Mill™, Rip Rod™, Night Shifter™, Dragon Blaster™, Sharkruiser™.

Featuring two minutes of pure racing fun and set in the stunning Garage environment, future drivers can check a first look at the unpredictable challenges that await and get a glimpse at the numerous surprises they’ll face – like the special track pieces.

Hot Wheels Unleashed offers players the opportunity to drive the cars as if they were playing with the die-cast toys. The gameplay includes adrenaline-filled races, an extended choice of Hot Wheels vehicles with different attributes and rarity levels that players can customize with different skins, and jaw-dropping tracks set in everyday-life locations with special track pieces and interactive items. The game also features a revolutionary Track Editor enabling players to customize tracks in any game environment and share them with the game’s community.

Hot Wheels Unleashed is being distributed globally by Koch Media.

You can check the gameplay footage above. Stay tuned to Gaming Trend for more coverage of Hot Wheels Unleashed!