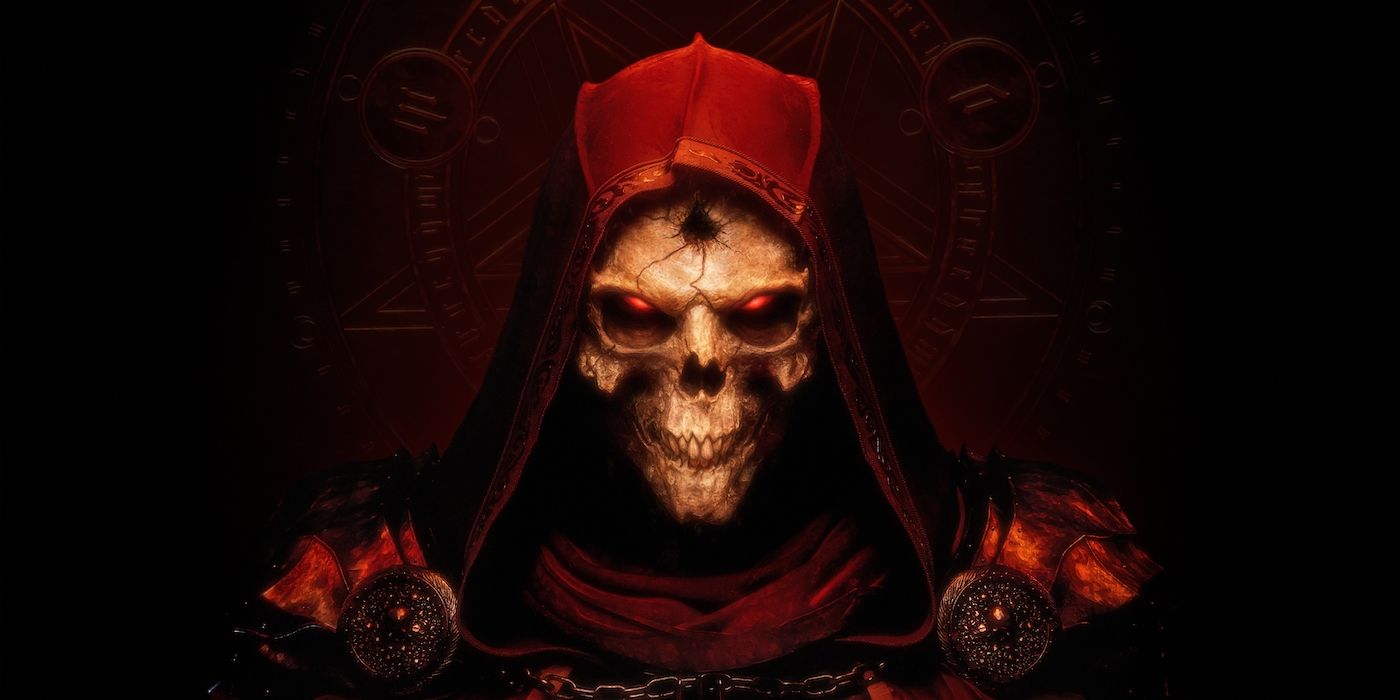 I’m sitting here writing a preview on Diablo II. What year is it? A complete shock at this year’s BlizzCon, Blizzard unveiled Diablo II: Resurrected and I was immediately brought back to June of 2000, teaming up with friends to take down the Lord of Terror. Now, in the year 2021, we are returning to the world of Sanctuary, and I’ve finally gotten my hands on an early Alpha of the game. Let’s dive in and see if the team can recapture the magic of the original.

Some caveats before we get started — this is an Alpha of the game, so inevitably there will be bugs, rebalancing, and other hiccups. It also focuses exclusively on three classes, single player, and only the first two acts of the game — plenty to whet our appetite, so let’s dive in.

While these numbers aren’t final, obviously, it’s fun to note that the original Diablo II required 1.9GB of space, and this alpha alone will soak up over 22GB. That’s a whole lot more goodness, but what does that buy you? Well, the first thing you are going to notice is that you can break out of the two original unmodded sizes of 640x480 or 800x600. How big? Well, I can tell you that it looks pretty fantastic at 4K and runs at over 150fps on an RTX 30 series videocard. Why does that matter? Well, let’s talk about frames — not framerate, but frames.

The original Diablo II ran at a whopping 25 frames per second — something where throwing more hardware at it won’t make any difference whatsoever. The 2D sprite-based game used some kung fu behind the scenes to try to maintain that framerate, but you probably have noticed some odd speed-up/slow-down oddities during attacks. Well, it turns out that the developers wanted to keep that 25fps lock in place, so instead of varying that framerate to include additional frames for slower attacks, and dropping frames for faster attacks. Essentially, if we accept the supposition that a sword swing is the base and uses all 25 frames, a dagger might have to drop 5-10 frames just to fit the attack in the same frametime. It’s gee-whiz background information, but it links directly to what you are going to see below.  Unfortunately, much of my capture was corrupted, so we’ll have to lean on some of the more official stuff, as well as some early Barbarian gameplay.  I’d re-capture, but the Alpha is over, so we’ll have to wait for the next opportunity.

As you can see, the 3D animations of this Resurrected remaster are completely freed from the constraints of the technology of the original. Running at over 150 frames per second, and using every one of them, the animations look infinitely more smooth. Character attacks, whether they are physical or magical, have a full wind-up, making them feel more impactful. Character movement feels less stilted and robotic as their legs articulate more realistically, as do weapon swings, magics casts, and monster movement.

Beyond the improved animations, there are a number of tiny little graphical flourishes that help bring the game to life once again. Lighting casts realistic 3D shadows, and when digging around dark caves you can see torchlight dance back and forth and in between the various stalagmites jutting upwards from the floor. In the original, when the Sorceress cast a fireball down a hallway the game simply showed a light source move through the environment, but without any interaction. Here, the light widens, narrows, and passes objects, illuminating them and casting realistic shadows. Similarly, when your character passes over a pool of standing water, they’ll cast a murky reflection in the pool. The amount of detail work on lights and shadows allows this game to transcend from simple graphical punch-up to near-modern standards. Just like in StarCraft’s graphical remaster, I can’t stop occasionally hitting the G key to see where we started and where we are today — it’s impressive to say the least.

One of the things players who entered into the world of Diablo with its third entry will encounter is a very different combat style in Diablo II: Resurrected. The skill trees are nowhere near as deep, pushing players to make difficult choices on how they approach battle. The whole interface has received some HD love, making respeccing to tackle vicious foes like Duriel more possible.

One of my favorite improvements (beyond a 3D fully-modeled Wirt’s Leg weapon), is full button remapping and controller support. Back in the days when mice had balls you had to clean periodically and only two buttons, the simple nature of Diablo and it’s sequel worked just fine. Today even the cheapest mouse has at least four buttons, and PC gamers expect to be able to set up their mouse and keyboard combination in whatever fashion they wish. While the function keys are still your friends for keyboard and mouse players, jumping to a gamepad reveals an obvious inspiration for the excellent work done with Diablo III on consoles. Mapped to your face buttons are all of your character’s attacks and powers, and you can toggle them for another four options, granting a flexibility and modern control scheme that we’ve not seen on this title before. While I know not every PC gamer will jump at the opportunity to play on a gamepad, it’s great that Vicarious Visions included it as an option.

As I prepared to open the Infernal Gate, ready to face the denizens of hell and even Diablo himself, I came away not only impressed but genuinely excited. This was a title that came out of nowhere, and is now on my must-have and most-anticipated titles of the year. The dark color pallet and darker storyline to match make Diablo II: Resurrected come to life. While we wait to see the remastered cutscenes, it’s clear from the gorgeous high-resolution and beautifully animated creatures and characters that Vicarious Visions is looking to reassure newcomers and old fans alike that this is the same Diablo II they know and love. While the looks have gotten a massive overhaul, the gameplay, the feel, and the essence of what makes Diablo II special is present and accounted for. The devils are all here, and I can’t wait to face them once again.

Diablo II: Resurrected is coming to PC, and for the first time ever, consoles, at some point in 2021. Stay tuned for further hands-on as we head towards the second Alpha, multiplayer testing, and eventual release.