Today during the Sony State of Play event, Crema and Humble Bundle announced that it will release its creature-filled RPG Temtem on PlayStation 5, Xbox Series X, Nintendo Switch, and PC next year. The game will feature a vast online world where players will be able to cooperate and catch exhilarating creatures with 2v2 battles and fun other modes.

Temtem is a massively multiplayer creature-collection adventure where players embark on an epic adventure and explore the six islands of the Airborne Archipelago as a Temtem tamer, discovering new species, and making good friends along the way.

In addition to the initial announcement, the developers have also published an inside look with a Sony blog post today, highlighting its mechanics based on competitive play and an online world:

Temtem was built with the competitive scene in mind. In Temtem, there’s no place for luck, so player skill is the defining factor of top players. 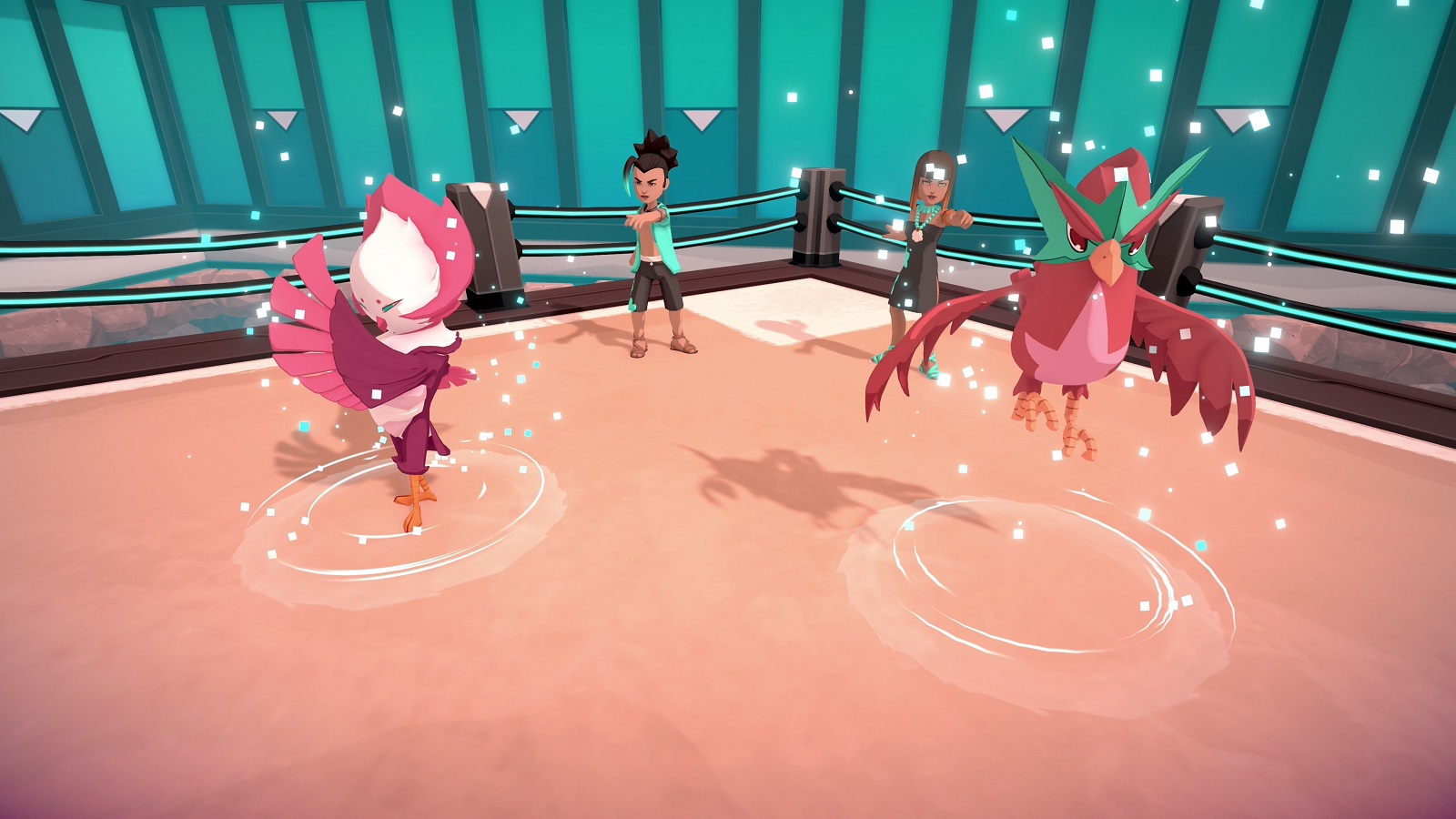 Battles are focused on 2v2 combat with few random elements in each attack, meaning less guesswork and more strategic thinking is needed through each encounter. Instead of a classic point system for moves we use stamina. Each move requires a different amount of stamina based on its power. If you overuse your Temtem’s stamina they will take damage for overexertion. This allows for “all-out” attack moments if you see an opportunity to finish off your opponent!

We’ve spent a lot of time building the battle system to ensure it is fair to everyone. In Temtem, you don’t need to wait for a lucky dice throw, the only thing between you and winning is pure strategy, training and outplaying your opponents.

The days of traveling solo with your creatures are over, as the Airborne Archipelago is a fully online world. Temtem gathers some features from other MMO games and integrates them around a story-based campaign.

Chat, battle, or trade with other players you meet along the journey. The online world of Temtem is full of possibilities! Players can join a Club, fight for control of a Club Dojo or just complete weekly quests for rewards and chances of rare Tems.

Check out the announcement trailer above, and stay tuned for more news here on Gaming Trend.