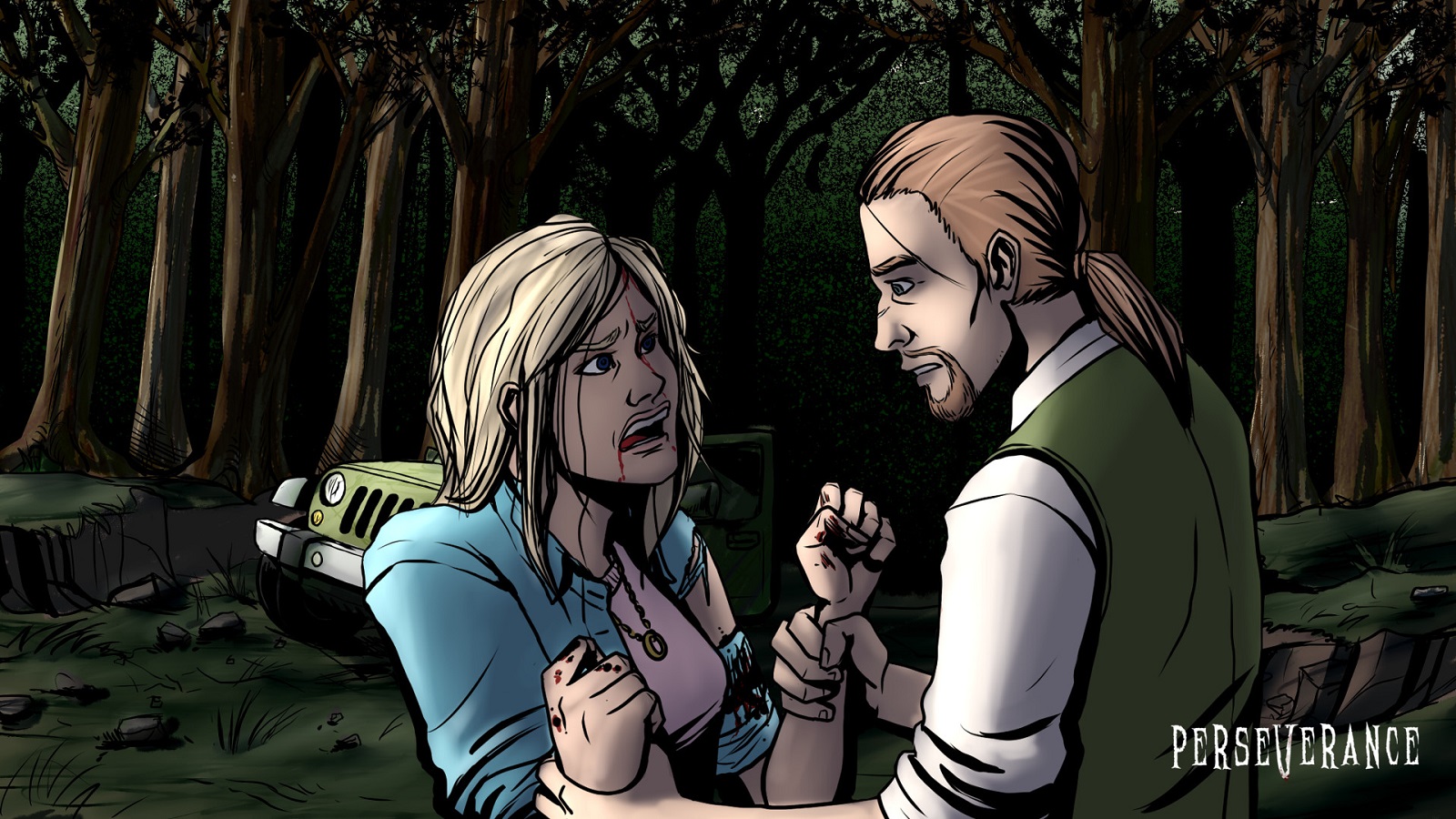 Update (7/11/18): Tap it Games has reached out to us and announced that the first part of Perseverance will be delayed until July 23. The team’s statement is below:

In order to bring to the best game we can to the market, we decided to move the release date on Steam to 23rd of July.
We want to use this additional time to polish the game, to better its visuals and to prepare additional language version.

The original article is below.

Tap it Games recently announced that the first part of its survival visual novel Perseverance will be released on PC on July 12. In addition to the news, the developer has also released a demo that players can download to experience a taste of what’s to come.

Perseverance: Part 1 is the first installment of a horror & drama story revolving around two different characters whose paths will cross in a middle of horrific events.

In Part 1 you play as Jack Cutter, a father who is struggling to keep his family together. He’s a ‘go-to’ guy in his hometown of Grey Ville. On the surface Grey Ville looks like a peaceful town, but research conducted in a nearby military base gives it a mysterious aura. Residents prefer to stay away from it, however, they love to speculate on what’s going on there. Things take an unexpected turn and the area is quarantined.

Meanwhile, a mysterious woman is after a fugitive. Her superiors expect her to fulfill her orders as usual. But they are not telling her everything. The person she’s after is more than what she appears to be.

Soon both Jack and the mystery agent will find themselves in a middle of a crisis that will change them forever.
Stay tuned for more news here on Gaming Trend.