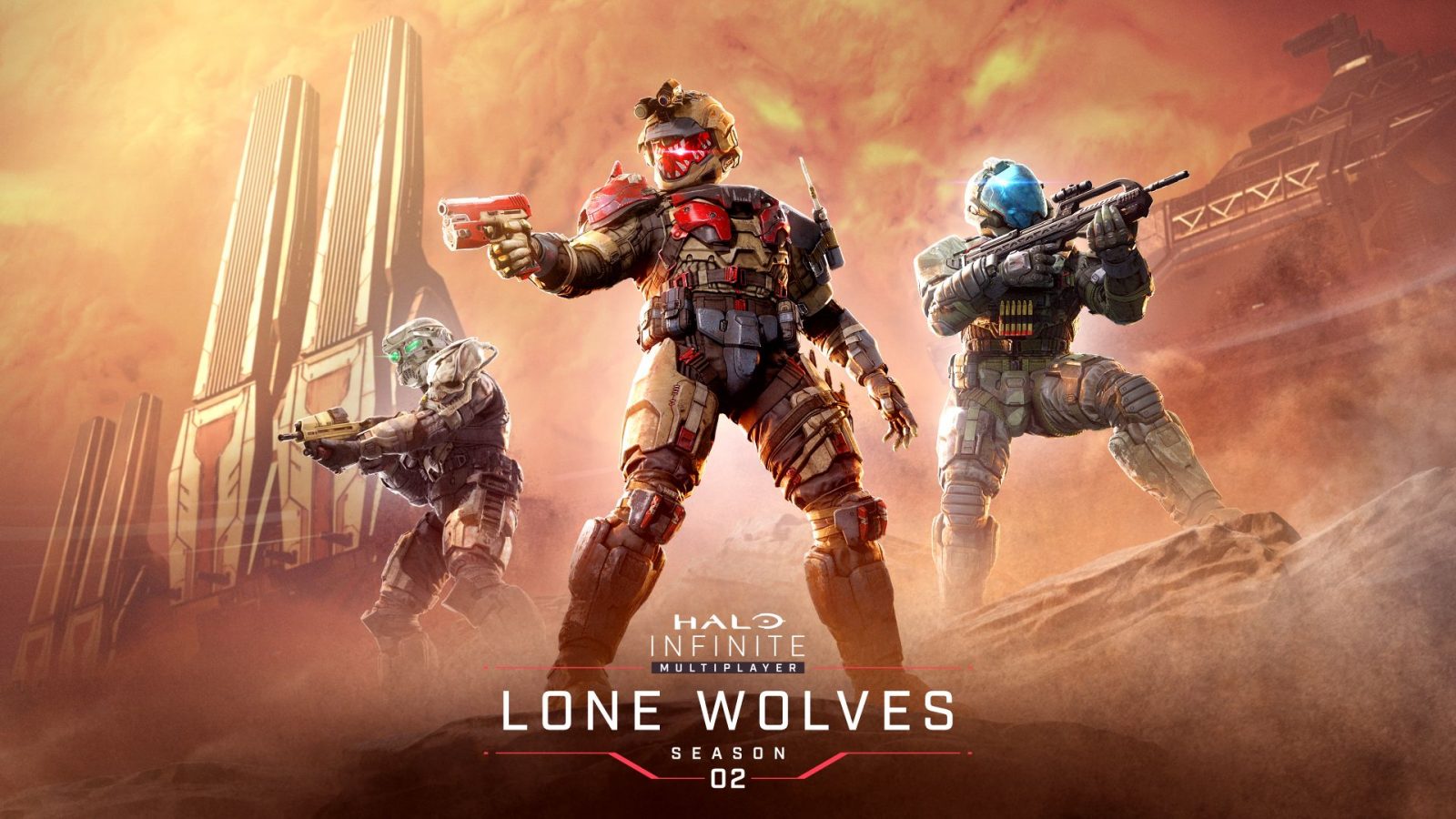 It’s been a second, but we’ve finally got some new content to play in Halo Infinite. The Lone Wolves season, the official second season for the FTP shooter, has officially launched, bringing with it plenty of content and at least 15gbs of updating. So far there seems to be a lot of positivity behind the drop, and we’ve got all the info you need on what it entails from Xbox Wire below.

Gear up for the next chapter in yourHalo Infinite multiplayer journey with Lone Wolves: Season 2 – available now as part of Halo Infinite’s free-to-play multiplayer on Xbox Series X|S, Xbox One, Windows 10/11, and Steam. Starting today, players can jump in with fresh content including new maps, modes, themed limited-time events, and an all-new premium Battle Pass that never expires.

Season 2 sees a new narrative begin to unfold: Cortana’s dominion has ended, and the Banished rushed to fill the void, decimating all who stand in their way. Spartan Commander Agryna is preparing a new generation of Spartans to face them — and perhaps even more dangerous foes. But a few scattered Spartans remain in the field. These Spartans are rugged and resourceful. Hunters in the dark. And they call themselves… Lone Wolves.

These Lone Wolves are at the center of Season 2’s all-new Battle Pass, featuring 100 tiers of rewards with an emphasis on the free armor core RAKSHASA. Epitomizing the’ Lone Wolves’ spirit, this core incorporates scrapped, damaged, or otherwise discarded UNSC and Banished Equipment to create a distinctive battlefield-manufactured look that stands apart from other Spartan armors. Also featured among the premium rewards are 1,000 Halo Credits for use in the in-game shop, as well as other customization options and effects for your Spartan.

Play matches, earn XP and unlock rewards at your own pace: once purchased, the Premium Battle Pass is yours to keep and complete at your leisure. If purchased the Season 1 Battle Pass but haven’t completed it, you can choose to level it up for rewards you missed, and switch between Passes whenever you like.

These maps are home to three brand-new modes for Season 2:

This is just a taste of what will be coming in Halo Infinite Lone Wolves: Season 2. For a full breakdown of the season, including maps and modes, head to Halo Waypoint. The game will continue to grow and evolve over time with new additions and quality of life updates, with an ongoing commitment to sustainable development and delivering quality experiences while balancing overall team health. We’re excited you’re on the journey alongside us.