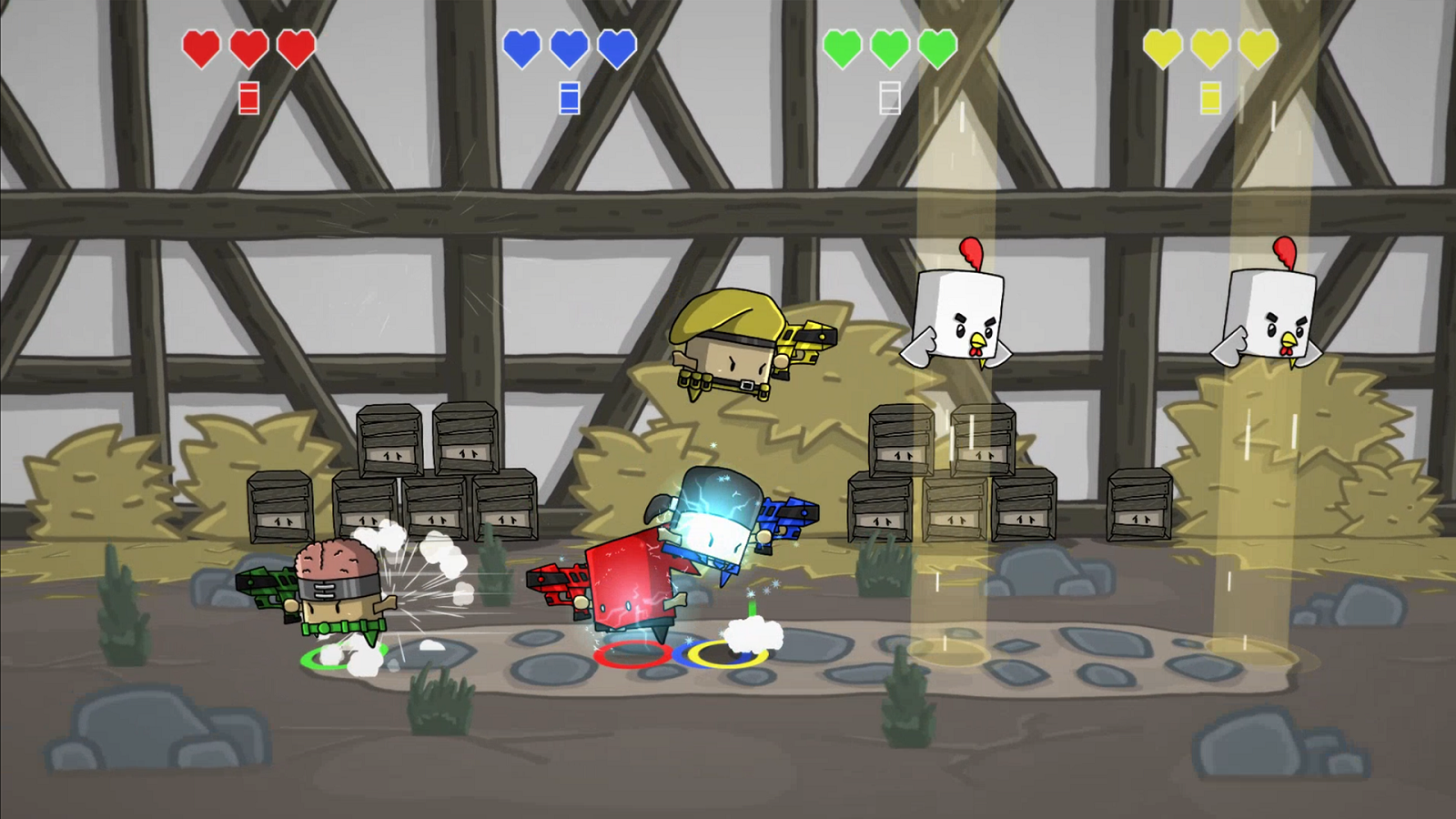 If you felt bad about missing Guilt Battle Arena earlier this month, don’t get too guilty now: Guilt Battle Arena arrives on the Nintendo Switch earlier today, and Invincible Cat and ForwardXP have announced that all platforms will receive a price drop to $9.99. The multiplayer couch combat game will also get a content update in April.

Guilt Battle Arena challenges players to use a single bullet to attack opponents and after firing, players must rebound their bullet after every shot. Play and shoot through raining chickens, dodge exploding cats and lead homing missiles directly to the enemy. Players can also amp up their matches with outrageous gear, including jetpacks or turn everyone invisible. Over 35 zany player costumes are unlockable through gameplay for a total of over 45 outfits to choose from.

Guilt Battle Arena features seven game modes in local multiplayer Versus where up to four players are pit against each other as they engage in combat through wacky stages and gameplay modes, including capture the flag with cannons or hot potato with a bomb! While Versus is the heart of the game, co-op gameplay is also available as an extra feature.

Guilt Battle Arena’s primary mode, Versus, allows players to showcase their elite local multiplayer skills with friends. In April, a free update to the game will introduce Bots in Versus mode so that players can enjoy the full Guilt Battle Arena experience with or without friends. The update will also debut the Battle Arena option, a new system that utilizes voting to decide between three sets of game modes and modifiers and determines what players will have to face next. There will also be a major upgrade coming to Co-op, where matches will no longer end if a player’s partner dies. Instead, the partner that died will come back as a ghost that can help their teammate. Players will also be able to give their fallen teammate hearts to resurrect them in a Co-op match.

“Guilt Battle Arena, and all the wacky levels and features, is now here for Nintendo Switch users who can play the game at home or on the go,” said Timothée Verrouil, founder of Invincible Cat. “We’ve also listened to the feedback from the community, and we are fired up to bring enhancements to Versus mode, upgrade the Co-Op features and add new content that players can look forward to next month and in future updates.”