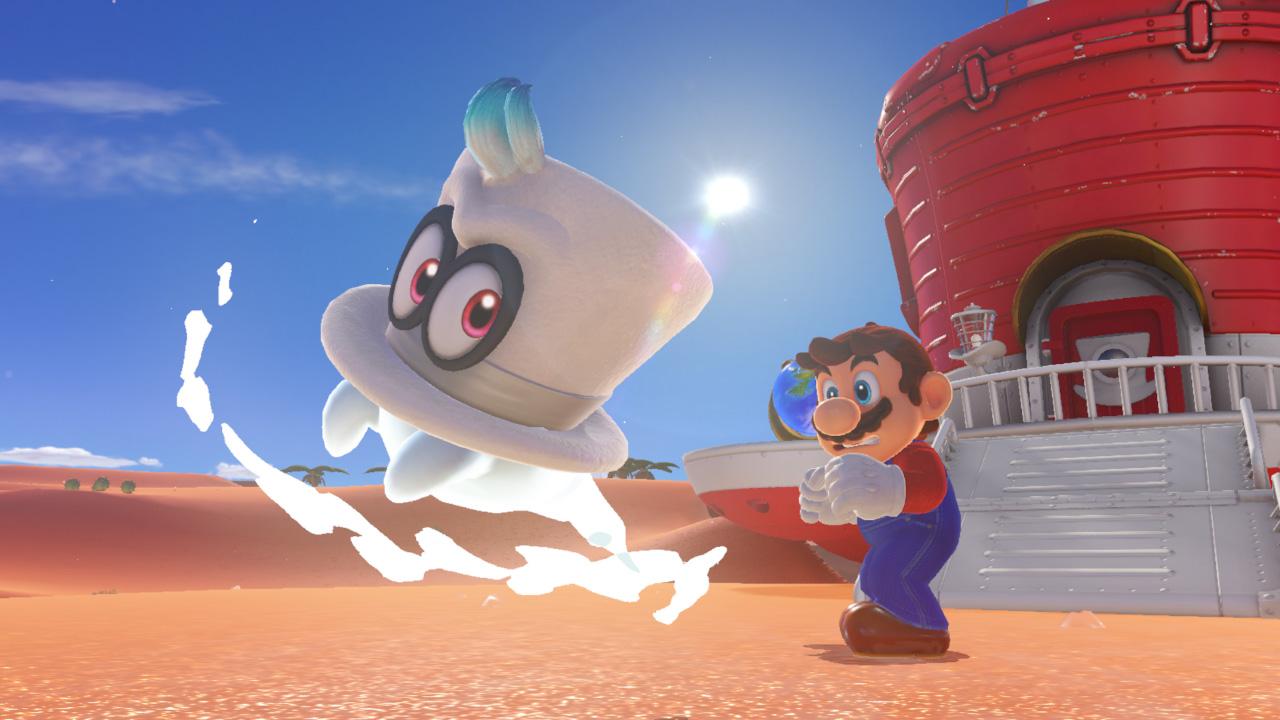 Last week, Nintendo released an update to 2017’s hit game, Super Mario Odyssey, that included Luigi’s Balloon World. However, a few data miners have found that this new multiplayer-esque mode isn’t the only addition to the game’s files.

When Luigi’s Balloon World was released, three new outfits were added as well: a Super Mario Sunshine inspired Hawaiian Shirt outfit, an outfit similar to the Super Mario Players band in New Donk City, and a knight’s armor set. Data miners previously found that these weren’t the only outfits added to the game’s files and more outfits will be released in the future. These files include references to a Harriet set, Conductor set, Santa outfit, Satellaview outfit and more.

These outfits are apparently time locked, waiting to be released at a certain date. Unfortunately, the files included references to a Link outfit, but that reference was removed with the 1.20 update.

New to the 1.20 update is the inclusion of 20 additional hint art thumbnails not found in the main game. This could be pointing towards future downloadable content or just a simple addition of new moons. It’s not uncommon for files to be leftover from development, but adding files through an update isn’t uncommon either. This is what lead to the discovery of Roy and Ryu being added to Super Smash Bros. for WiiU and 3DS.

Nintendo is sure to update the game in the future as it was one of their most popular releases in 2017. When that news is announced, stay tuned to Gaming Trend for coverage. In the mean time, visit The Cutting Room Floor for more information on content added in the files of the 1.20 version of Super Mario Odyssey.