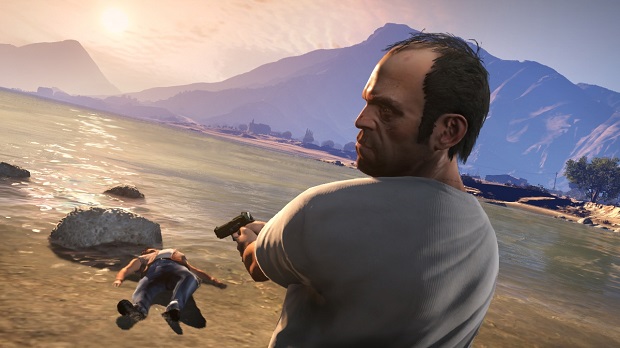 After some initial rumors, it looks like Grand Theft Auto V will have a first person mode when it comes to current-gen consoles.

News of this comes from IGN, who recently got some hands-on time playing the game in a first-person perspective.

Rockstar’s Rob Nelson spoke to IGN about the process of adding the option to switch to first-person, saying it’s much more complex than simply re-positioning the game’s camera.

“You have to change pretty much everything,” says Nelson. “I mean, if you want to do it right. We have a very solid third-person animation system, but you don’t just put the camera down there and expect to see the guns, aim, and shoot. All those animations are new when you switch to first-person, because it all has to be animated to the camera, to make it feel like a proper first-person experience that I think people would expect. All the timings have to be re-evaluated.”

Revealed at Sony’s E3 press conference this year, the current-gen version of Grand Theft Auto V will come to PlayStation 4 and Xbox One on November 18th, while PC players will have to wait until January 27th.

For more on Grand Theft Auto V, check out Gaming Trend’s review of the last-generation version.