The 25th anniversary of the popular Pokémon franchise is this year, and it seems that The Pokémon Company is pulling out all the stops as it just announced that New Pokémon Snap will finally head to Nintendo Switch on April 30. The game will feature an extensive cast of Pokémon to take pictures of as trainers head to the mysterious Lental region.

In New Pokémon Snap, players will take on the role of a budding Pokémon photographer and work with the Lental region expert, Professor Mirror, and his assistant, Rita, on an ecological survey to photograph Pokémon thriving in nature. In a new trailer released today, additional footage and details were unveiled for New Pokémon Snap, including its April 30 launch date. 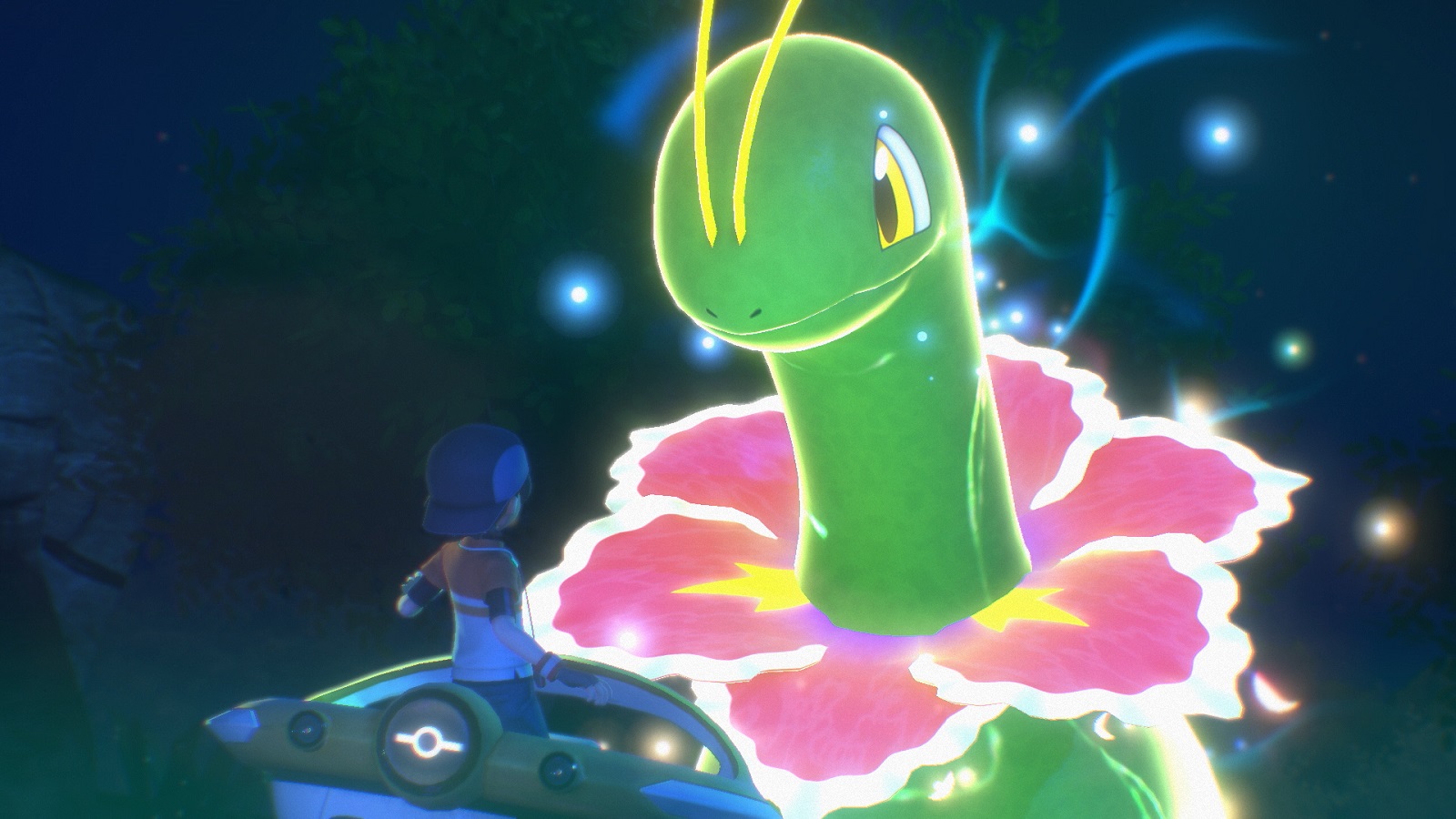 “New Pokémon Snap presents a fun twist on a Pokémon adventure, with enchanting gameplay that lets players see some of their favorite Pokémon in a different light,” said Nick Chavez, Nintendo of America’s Senior Vice President of Sales and Marketing. “This new game is a fun addition to the strong lineup of Pokémon titles available on Nintendo Switch, and we can’t wait to see everyone’s pictures when New Pokémon Snap launches on April 30.”

Wild Pokémon are all around and have adapted to thrive in all the various natural expanses of the Lental region. They may be seen living in groups patrolling their territory, wandering serenely on their own or even playing with other Pokémon species. With a careful eye and a photographer’s keen sense of adventure, you’ll be able to spot Pokémon lurking in all sorts of places, including secluded hideaways … and sometimes swooping down suddenly from the sky! Players will be able to interact with Pokémon by throwing a Fluffruit, a tasty fruit found across the region, to catch their attention or watch them eat. You can even use this fruit to help draw out Pokémon into a variety of situations to see how they react. These serendipitous opportunities present a special challenge, and catching them with your camera at the perfect moment may gain you higher scores. 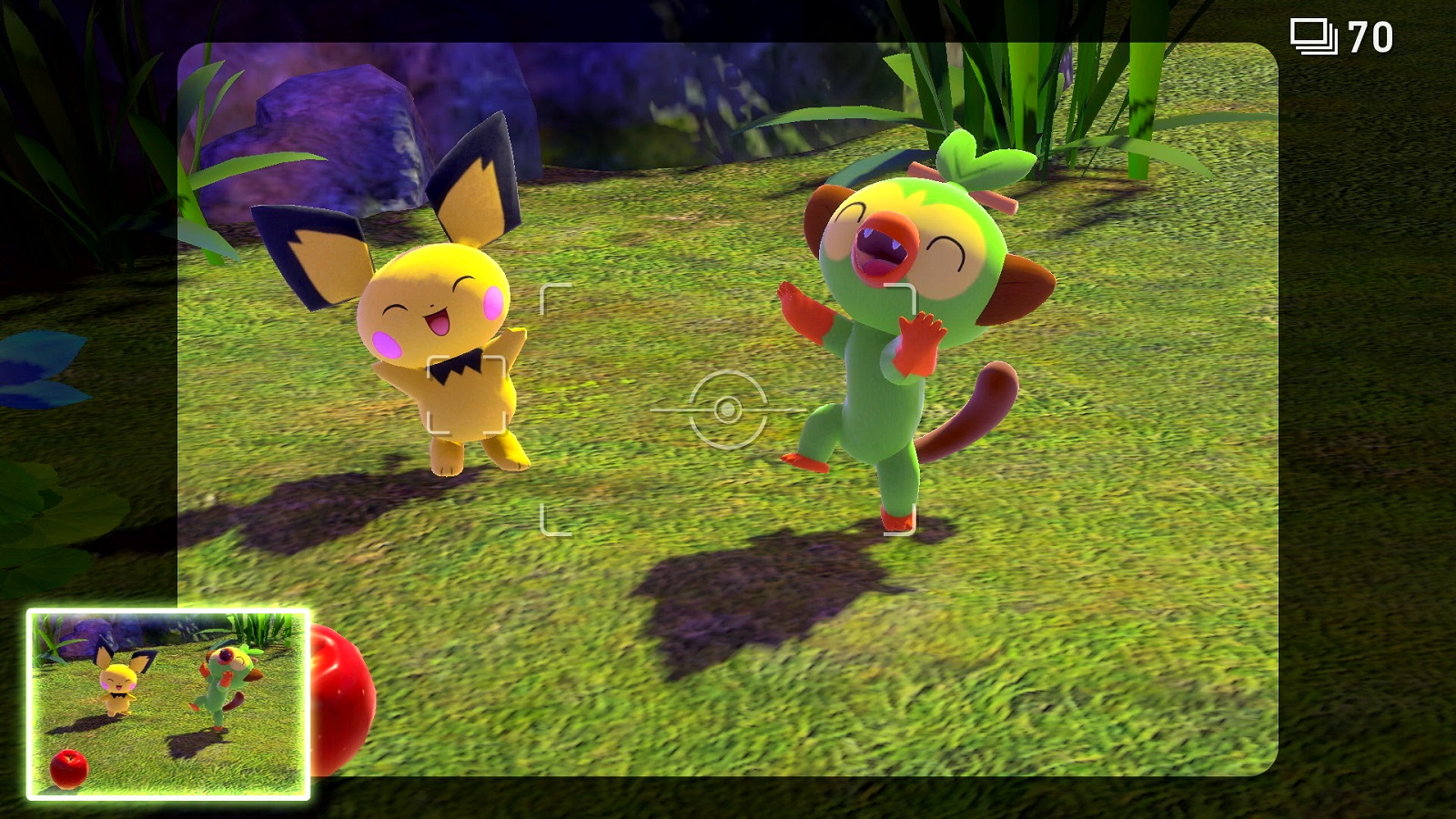 Professor Mirror will evaluate and score players’ photos taken on their adventures. Pokémon photography is evaluated based on the subjects’ poses, how large they appear, how directly they’re facing the camera and where they fall in frame. As players take more photos and fulfill research on their journey, they may see Pokémon look and behave in entirely new ways. Players will have to take many photos and use their highest-scoring shots to fill out their Photodex, a collection of Pokémon photographs.

The untouched depths of the Lental region may sound daunting at first, but don’t worry. Explorers will hop into the NEO-ONE, an auto-driving vehicle, which will steer them across various paths on each island and will help free up time to focus on snapping the perfect shots. Throughout your missions, you may even get to see Pokémon looking and behaving differently than ever before. These special moments are memories to savor, so, luckily, you’ll always have your trusty camera on hand to capture them for Pokémon posterity.